Why do human beings get facial hair and when do they stop getting acne? Who better to turn to for not-so-serious answers to such questions about puberty than Big Mouth stars John Mulaney and Nick Kroll?

They may not know the actual explanations either, but they were willing to give some kind of response to tweens’ questions for BuzzFeed. Here are six hysterical attempts to explain issues of adolescence from Mulaney and Kroll. 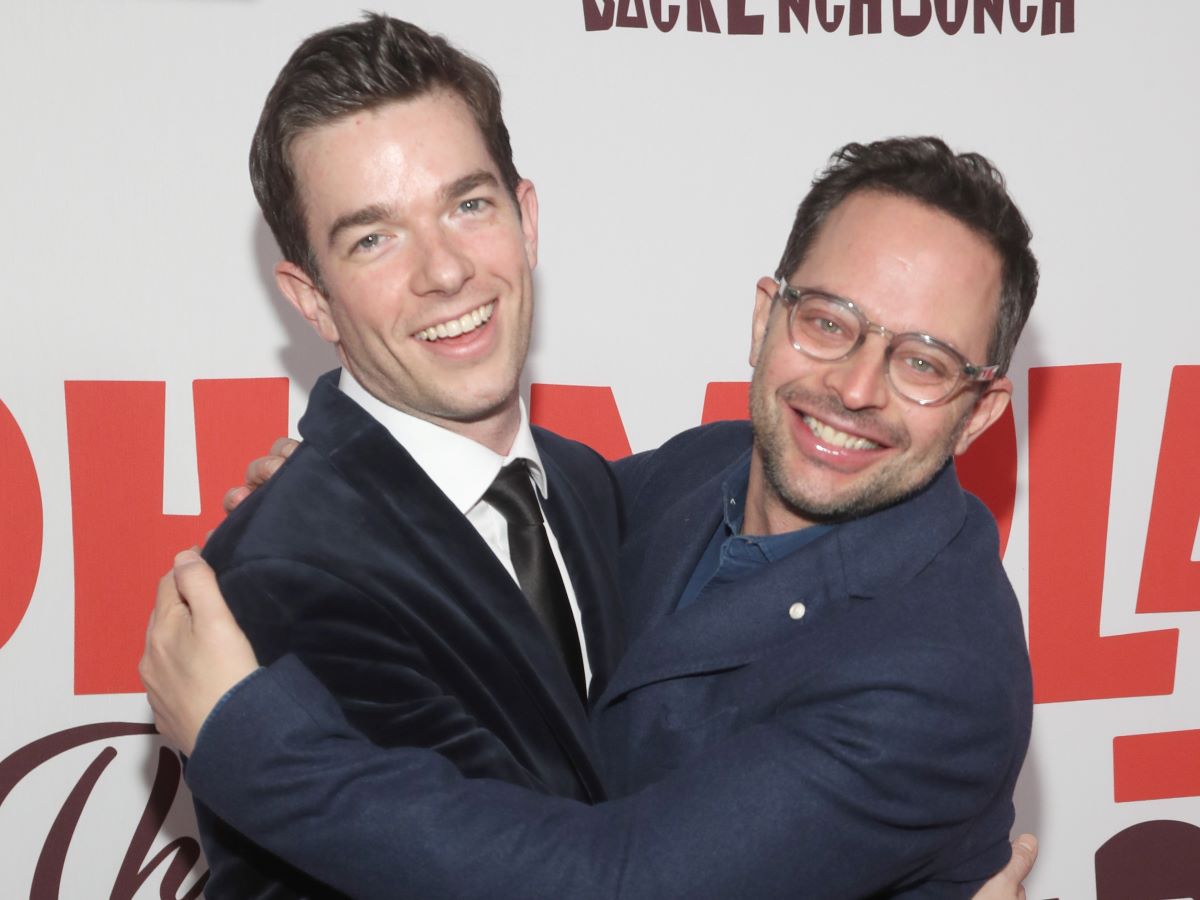 Puberty question 1: How do you get someone to ask you out?

The question of how to get someone to ask someone else out is simple, but also timeless and ageless. And the general consensus seems to be a few people know how to do it, but a lot of people don’t.

“This is a question that doesn’t stop in middle school,” Kroll added, but also offered, “I think people like confidence.”

And Mulaney firmly agreed with that response, but almost as if he was not included in the “people” collective. “They do like confidence,” he confirmed with a nod. But he also offered an extra bit of advice.

“You don’t have to be comfortable with who you are, though,” he noted. “You can fake it.” He elaborated being confident is good but said, “You could also pretend to be deep into your 30s.”

Fake it ’til you make it, as they say!

Puberty question 2: Why do boys smell so bad?

It’s important to note that not all boys smell, not only boys smell, and telling someone they “smell so bad” is not a nice opinion to share. But the question of why boys smell bad came from a kid — so, Kroll and Mulaney gave answering it a shot.

“Okay. This is a great question,” Mulaney started. “They don’t know they smell.”

He then made an arguably logical analogy with a frog in a slowly boiling pot. “The frog won’t know it’s boiling,” he concluded.

At that point, Kroll interjected to offer a summary of what the inquisitive kid would take away from their day. “A man told me to boil a frog,” he remarked.

Puberty question 3: What is the point of facial hair? And other hair?

One kid asked, “What is the point of facial hair?”

“Are you asking what our opinion is or are you asking about evolution ‘cause I don’t know anything about it,” Mulaney replied before asking a question of his own. “Why do our nails grow? I think we’re wolves and no one wants to admit it.”

He seemed to gotten himself onto something. “Have you seen Teen Wolf?” he asked, to which the child answered in the negative. Mulaney called it an “okay movie” with “an excellent point” that “when you get into high school, you turn into a wolf.”

But Kroll was inclined to interject there. “John,” he jumped in. “We can’t spread to kids that they’re gonna turn into wolves.”

No, they won’t turn into wolves — but what about Chia pets?

Another kid asked – through giggles, of course – “Why do you get hair on your butt?” In the spirit of wrong answers only, Kroll offered, “It turns out I am 17 percent Chia pet.”

Puberty question 4: What is third base? 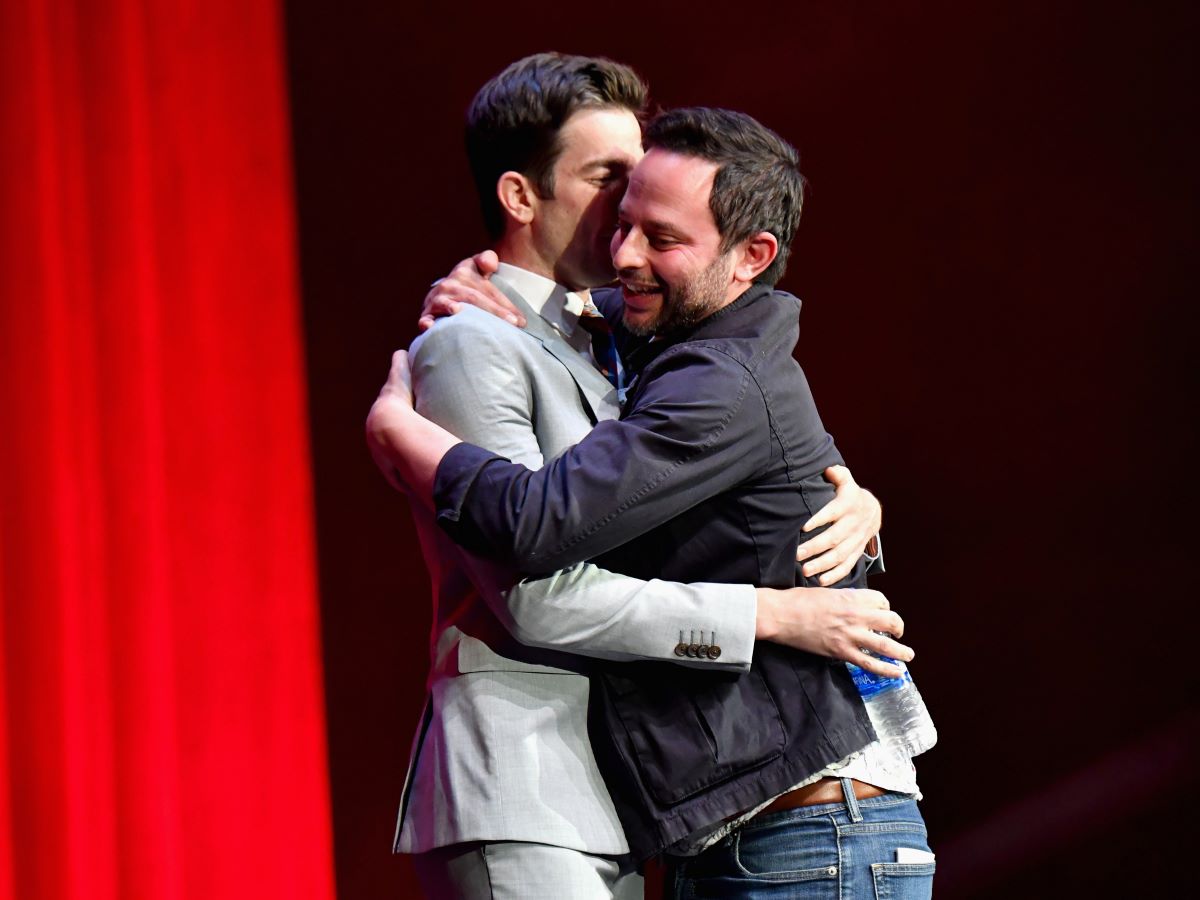 The request to define “third base” seemed to make Mulaney and Kroll a little awkward. “Well, it was a ‘90s hip-hop band with the white guy who became Everlast,” Kroll answered before adding, “That’s the answer I’m comfortable on camera giving you.”

To stay on theme, Mulaney chose to use a baseball reference. “In a baseball situation, it’s right before you get to home base,” he noted. “Unless the batter strikes out or you don’t steal the base.”

It’s not the wrong answer for the question. But Kroll noted that Mulaney seemed like he was auditioning “to play a parent who’s uncomfortable.” However, a question like that gives both Kroll and Mulaney preparation and practice for advising their own children.

Puberty question 5: Why are boys so awkward?

Awkwardness is certainly not exclusive to any gender, but what did Kroll and Mulaney have to say about the question of why boys, specifically, are so awkward?

Some of it is related to their age, as Kroll attempted to explain.

He said he thinks “boys are awkward because … all of a sudden I think [they] realize” they’re developing crushes. “They don’t know how to deal with that,” he noted. “So, they’ll text and then just stop texting.”

Again, the unpredictable uncertainty of emotions doesn’t end once one hits maturity. Plenty of adults use puzzling ghosting techniques, too. So, it’s something that sometimes starts — but doesn’t necessarily end — in puberty. And it can make for some very awkward interactions between grown-ups.

Puberty question 6: When do you stop getting pimples?

Kroll’s response to the question of when people stop getting pimples says it all: “Oof.”

“Good question,” Mulaney noted before asking the child, “Do you know?” Then, Mulaney and Kroll both agreed that acne isn’t a reality only confined to teen years.

But Kroll gave a joking example of one thing he found “problematic” for his own skin – moisturizing with French butter before bed and not washing it off in the morning. The silver lining was, “Golden retrievers have never liked me more.”

The conclusion seems to be that many awkward things are not as age or gender specific as they may sometimes seem, but there are ways to cope with them that make them easier to deal with. If you’re dying to hear more, watch the interview on YouTube to see Mulaney and Kroll give even more puberty advice.