ADRIAN THRILLS: Tears for Fears are sowing the seeds of love again

Verdict: Worth shouting about

Verdict: Works up a sweat

As fully paid-up members of the 1980s pop club, Tears For Fears could have played the nostalgia card on their first album in 18 years.

With hits such as Shout and Everybody Wants To Rule The World in their repertoire, the duo could easily have ‘re-imagined’ some of their old songs and signed up for a legacy tour.

But Roland Orzabal and Curt Smith have never wanted to tie themselves to a specific decade, and The Tipping Point vindicates their decision to shun the heritage circuit.

It’s a purposeful, adventurous return that shows why the two former classmates from Bath have become an unlikely touchstone for cutting-edge acts such as The Weeknd, Drake and Lorde, all of whom have covered or sampled their music. 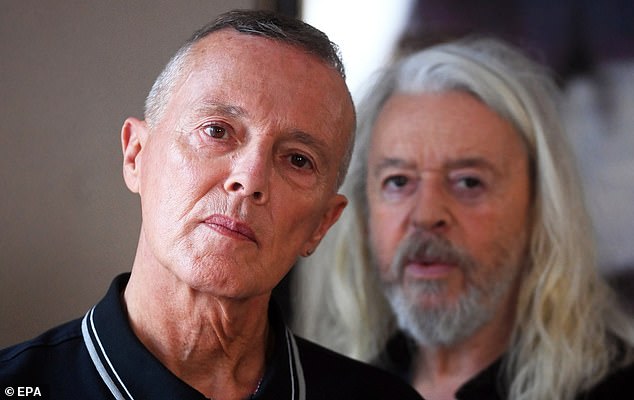 But Roland Orzabal and Curt Smith have never wanted to tie themselves to a specific decade, and The Tipping Point vindicates their decision to shun the heritage circuit

Orzabal and Smith, both 60, have form when it comes to taking their time. But even by their standards, The Tipping Point has not been easy.

An attempt at modernising their sound by working with younger, trendier collaborators hit the buffers. Curt considered quitting. Then the pandemic arrived.

Roland also had to contend with the grief of losing his wife Caroline, who died in 2017 after a long illness. Several numbers, including the title track and the heart-wrenching Please Be Happy, were written as he watched her condition worsen, and it’s impossible not to be moved by the raw emotion in songs informed by his anguish.

Not that The Tipping Point is gloomy. Guitarist Roland and bassist Curt, who both also sing and play keyboards, combine ambitious arrangements with catchy choruses.

They begin with a curveball. Their hits of the 1980s were either sombre electronic singles like Mad World or big pop numbers like The Seeds Of Love. No Small Thing is neither. An ode to freedom — ‘Take a trip to America, let the wind blow right through your hair’ — it harks back to 1970s folk-rock.

But there’s familiarity, too. The title track, on which Roland recalls sitting by his wife’s hospital bed, addresses the fragility of life, but does so against a rhythmic backdrop that will take fans back to the synth-driven shuffle of Everybody Wants To Rule The World. It’s a classic Tears For Fears double whammy of emotional heft and pop accessibility.

Rivers Of Mercy, which begins with the sound of a police siren and an exploding tear gas canister, is the closest they get to a protest song, albeit the most polite protest song since Coldplay tried something similar with Trouble In Town in 2019.

Elsewhere, Master Plan is a melodic dig at a former manager and Break The Man echoes 1989’s Woman In Chains in addressing sexual inequality. Wolverhampton vocalist Carina Round guests on Long, Long, Long Time, her harmonies adding fresh layers to the duo’s vocals, just as soul singer Oleta Adams did in the 1980s.

Orzabal and Smith say they spent seven years getting this return just right. It was time well spent: the heritage circuit can live without them for now.

Avril Lavigne has timed her latest comeback well. Having broken through 20 years ago with the teenage drama of Complicated, the Canadian’s return coincides with a punky pop renaissance that has seen former Disney star Olivia Rodrigo crank up the guitars and K-pop singer Huening Kai release a note-perfect cover of Lavigne’s 2002 hit Sk8er Boi.

The singer, 37, is now mentored by Blink-182’s Travis Barker, who drums, co-writes and produces, and she sticks to a high-octane, guitar-driven template, moving away from the ballad-heavy tone of 2019’s Head Above Water.

‘Like a ticking time bomb, I’m about to explode,’ she roars on Cannonball, with Barker pounding away on his drumkit.

Having had two failed marriages, she’s in no mood for romance. Bite Me finds her inviting an ex-lover to pick up his clothes from the front yard. ‘You’re gonna wish I was your wifey,’ she chides. Love It When You Hate Me is a he-said-she-said duet with Blackbear.

She doesn’t possess the vocal range to shine on big piano ballad, Dare To Love Me. Otherwise, her punky chutzpah is just the ticket for the current revival. 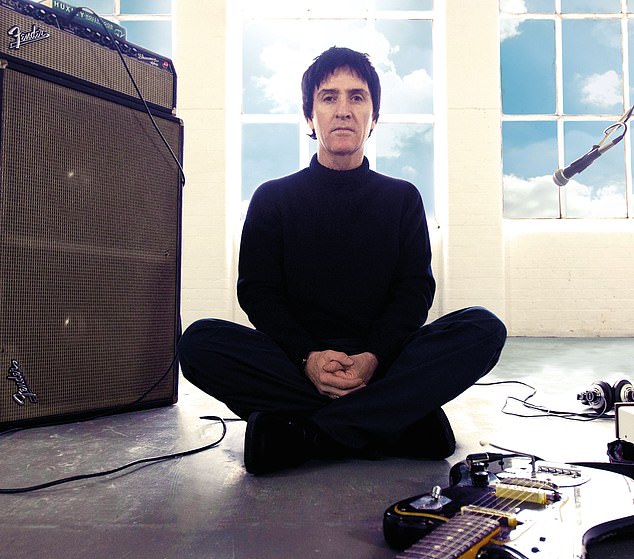 Johnny Marr’s new album highlights both his strengths and shortcomings

Former Smith Johnny Marr has played with The Pretenders, The Cribs and Modest Mouse, and was a contributor to the No Time To Die soundtrack. His solo career has been patchier, and a new album highlights both his strengths and shortcomings.

Fever Dreams Pts 1-4 reiterates his stature as one of rock’s most versatile guitarists. His energetic riffs are inventively layered, but, across 16 songs, his lack of a frontman’s personality are exposed.

He’s at his best fusing rock with New Order-ish synths on Spirit, Power And Soul, and Receiver is similarly steeped in his Mancunian rock roots. Both tracks could come into their own when he takes to the road, supporting Blondie, in the spring.