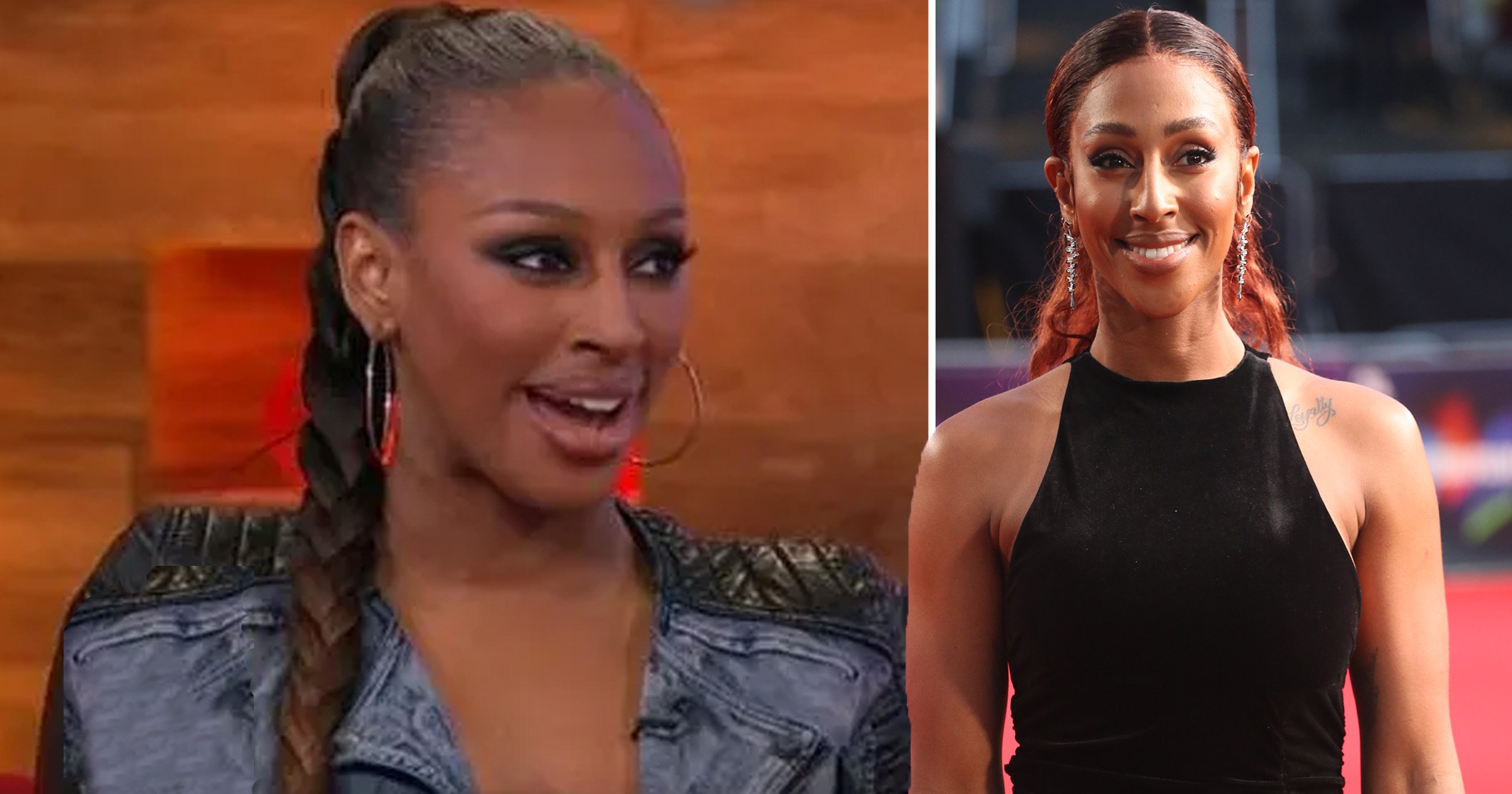 Alexandra Burke made a comment about bringing the phrase ‘elephant in the room’ to the UK in 2012, and she hasn’t been able to escape it since.

Almost 10 years on, the meme is still going strong, and the X Factor winner, 33, has finally commented on it, admitting that it’s actually pretty funny.

The meme was born on ITV’s Daybreak when Alexandra was being interviewed to promote her latest single, Elephant.

She told the hosts: ‘It’s really a metaphor. I was actually going through a situation last year where I was dating someone and it just wasn’t going according to plan.

‘Clearly nobody wanted to talk about it so there was an elephant in the room.

‘I had never heard of the saying before until I did my writing camp for the album, it’s a very American saying so I thought why not be the first person to bring it over here and make it into a song?’

‘It’s such a light-hearted page to make people laugh, which is what we’ve all really needed over the last year or so.

‘We all need to have a good laugh, and if an Instagram page can provide that to people, then we’re all winning at life.’

Lyrics to Alexandra’s song with DJ Erick Morillo read: ‘There’s an elephant, standing in the room. Though we’re all alone, it’s not just me and you.’

The pop song was the lead single from her second album Heartbreak on Hold, and debuted at number three on the UK singles chart.

Nine years later, Alexandra is still making music and even bagged a West End role in The Bodyguard.

She’s had three top 20 albums and most recently wowed audience members at the Royal Albert Hall with a stunning rendition of Abide With Me for Remembrance Sunday.

She also unveiled a National Lottery-sponsored art installation in Trafalgar Square and is keen to use her platform to empower others.