Congratulations are in order for Michelle Dockery. ICYMI, the Downton Abbey star is officially engaged to her boyfriend of three years, Jasper Waller-Bridge. The pair started their low-key romance in 2019 and recently shared the news of their engagement in The Times.

“The engagement is announced between Jasper, son of Michael Waller-Bridge of King’s Lynn, Norfolk, and Teresa Waller-Bridge of Battersea, London, and Michelle, younger daughter of Michael and Lorraine Dockery of Gidea Park, Essex,” the announcement reads.

Now, because you clearly need to know more about the future Mr. Michelle Dockery, scroll down for a primer on all things Jasper.

Yes, he’s related to that other Waller-Bridge you’ve heard of.

Even if you had never heard of Jasper before, chance are, his name was instantly very familiar, thanks to his sister, Fleabag creator Phoebe Waller-Bridge.

He works in the entertainment industry.

While Jasper isn’t an actor like his famous sib, he is also in the entertainment industry. He works as a TV and film producer and music manager in London and, according to his LinkedIn profile, he also founded a music production company called Day One Pictures in 2020.

He and Michelle Dockery have a very relatable meet-cute story.

Michelle and Jasper started dating in 2019 after being introduced by friends, like a couple of normals. On a less relatable relationship note, they were first spotted together later that year at the Rome Film Festival, like a couple of famous people. Michelle walked the carpet solo at that event, but she and Jasper did eventually make their red carpet debut at the Anatomy Of A Scandal world premiere earlier this year. And they looked SO. IN. LOVE. 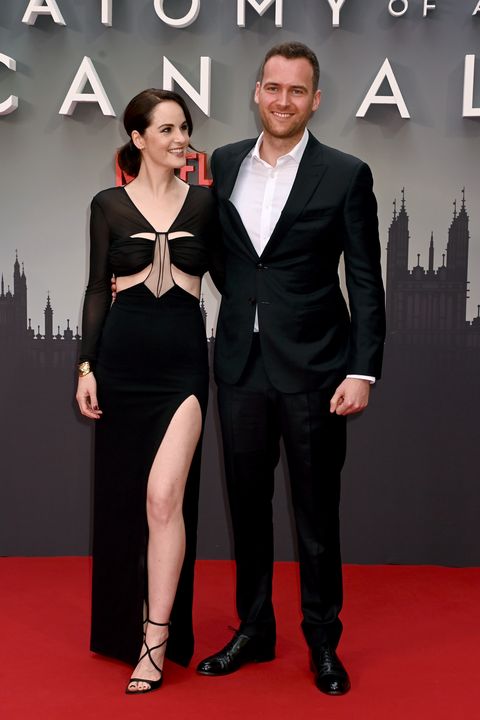 He has a 1D connection.

In addition to his famous sister and famous fiancée, Jasper has some famous work connections, too. He has a background in talent management (he was Creative Development Director of YMU Group) and music (he’s also worked as an executive at Island Records and Sony Music) and he put both skillsets to good use from 2017-2018 when he was Louis Tomlinson’s manager. We assume (/hope) this means Jasper and Michelle’s wedding will feature live music and that music will be performed by someone incredible.