If Alyssa Milano could re-write her time on Charmed, she’d do a few things differently — one of them being her working relationship with then-co-star Shannen Doherty.

This week, the actress and activist sat down with ET‘s Kevin Frazier to promote her new book, Sorry Not Sorry, a collection of personal essays about her life, career, and humanitarian work. During the chat, she explained how the book touches on the sexualization of women’s bodies in the ’90s — something Alyssa personally dealt with during her time on the paranormal TV series.

“When I think about the ’90s… you watch reruns of Charmed, and I’m running around in, like, a bra and underwear for 80 percent of every episode. We had to be scantily clad in order for that show to be a hit.”

She’s not wrong. Go back and watch those old episodes, y’all — it feels like Alyssa’s cleavage has more screen time than Holly Marie Combs!

Gratuitous skin shots aside, Milano said she’s still rightfully proud of the hit series. However, it wasn’t always smooth sailing on set: as fans know, the actress had quite a lot of tension with her on-screen big sister. It was so bad that when Doherty left the show after three seasons, it was widely whispered Alyssa told producers they could only keep one of them. That has always been denied by both actresses; Shannen made it clear leaving was her decision in a shady Entertainment Tonight interview months afterward, saying:

“There was too much drama on the set and not enough passion for the work. You know, I’m 30 years old and I don’t have time for drama in my life anymore. I want to work with actors who really, really care and that want to be there every single day. I don’t want to work with people who bitch about their job and complain about it and say that they hate it or anything else.”

Wonder whom she was talking about…

As for where the two stand now? Milano said she and the Beverly Hills, 90210 alum are “cordial,” and she also made a point to take accountability for “a lot of” the tension the pair had back in the day. She explained:

“I would say we are cordial. You know, I could take responsibility for a lot of our tension that we had. I think a lot of our struggle came from feeling that I was in competition rather than it being that sisterhood that the show was so much about. And I have some guilt about my part in that.”

The 48-year-old went on to reveal that she reached out to Doherty when she was first diagnosed with breast cancer in 2015, sharing:

“When I heard about her diagnosis, I reached out to her. And I will send her DMs every couple of months to just check in… I have respect for her. Great actress, loves her family so much, and I just wish I could’ve felt strong enough in who I was to recognize that back then.”

Charmed fans know of course that Milano has another feud with a co-star, Rose McGowan, who joined the cast after Shannen left as lost sister Paige. While she didn’t discuss that ongoing beef, she did get candid about one of the main subjects they’ve fought over: the #MeToo movement.

Alyssa revealed that she was still dealing with her “own demons” when the movement first kicked off. The Who’s The Boss alum explained:

“We had millions of women from the entire globe that said, ‘Me too,’ but the thing about that time was, and people don’t know it, but I was battling my own demons. I had not dealt with my own sexual assault at all… It was, I think, a moment where we had to look at ourselves culturally and socially real life adjustments to how we function every day, how we function in the workplace, how we function on dates, and it’s still a scary thing. MeToo happened when I was already married, and had the workings of my happily ever after. But I’m completely aware of how there were adjustments that needed to be made, that have been hard adjustments for people, and I also understand that there’s a gray area.”

Milano addresses these gray areas in her book; like the case of Aziz Ansari, who was accused of sexual misconduct in 2018 after a date said he didn’t pick up her non-verbal cues. At the time, the Parks and Recreation actor said his and his date’s sexual activity “by all indications was completely consensual,” and confessed he was “surprised and concerned” when she texted him afterwards that she felt uncomfortable.

Alyssa explained that, while she believes what Aziz did was “wrong,” she feels that he still deserves a “way back in” if the comedian is willing to learn from his missteps:

“I mentioned in the book, Aziz Ansari, who I believe what he did was wrong, and I think that if he could learn publicly how to be a better man and teach that lesson to other men who might not understand the gray area, then he deserves a path back. I mean, there are certain people, obviously like, the Harvey Weinsteins who should rot in jail, but for those who misstepped, who are willing to learn the lessons that they need to learn, to adjust and help other people along the way, there’s gotta be a way back in. We can’t just put all these dudes on an island and say, ‘Ah you know what, they’ll figure it out.’”

And while her candidness on social media has made her an unfortunate “target” for criticism and hate, Milano said she’ll continue to be outspoken — both online and in her new book — to help build a better world for her children, Milo, 10, and Elizabeth, 7. She said:

“I think they know their mom is courageous, and I think that they’re trying to figure out where their own courage lies. I’m just super grateful.”

Milano’s new book is out now. 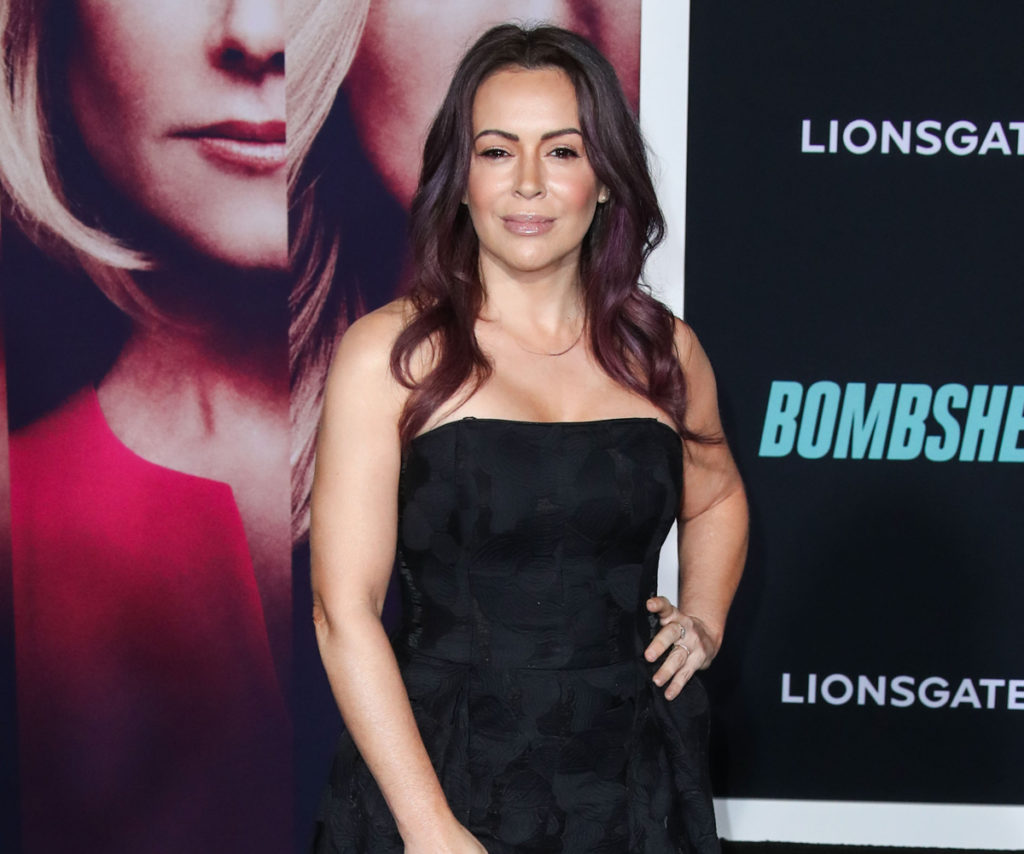 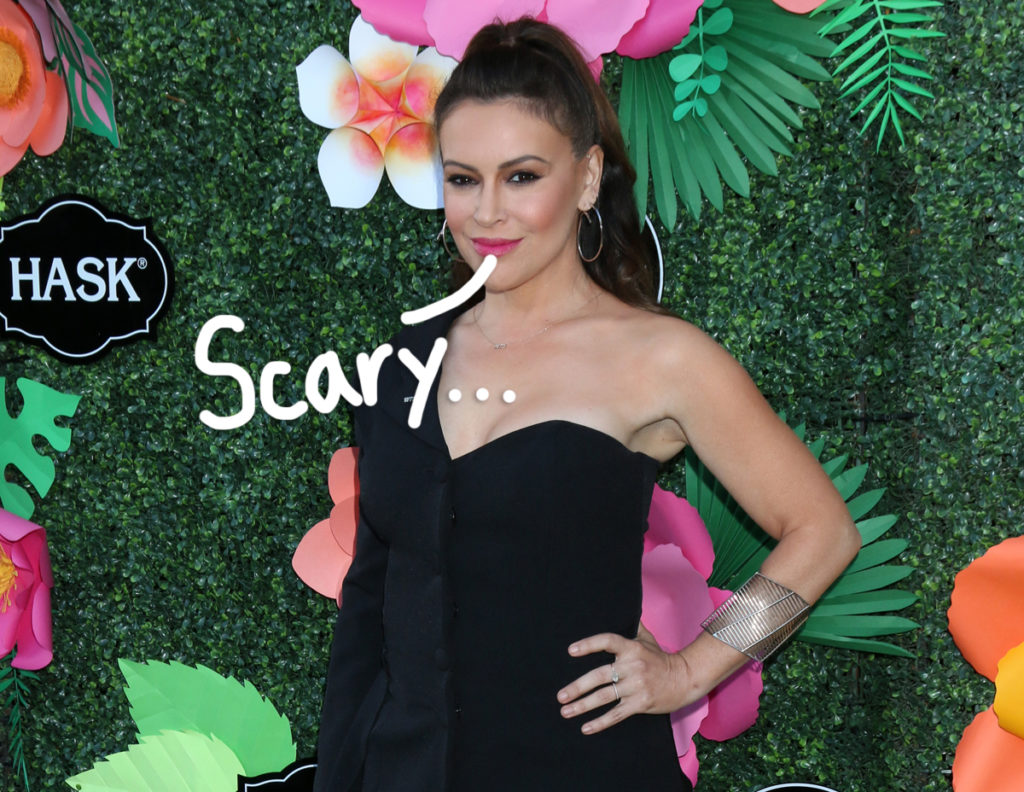 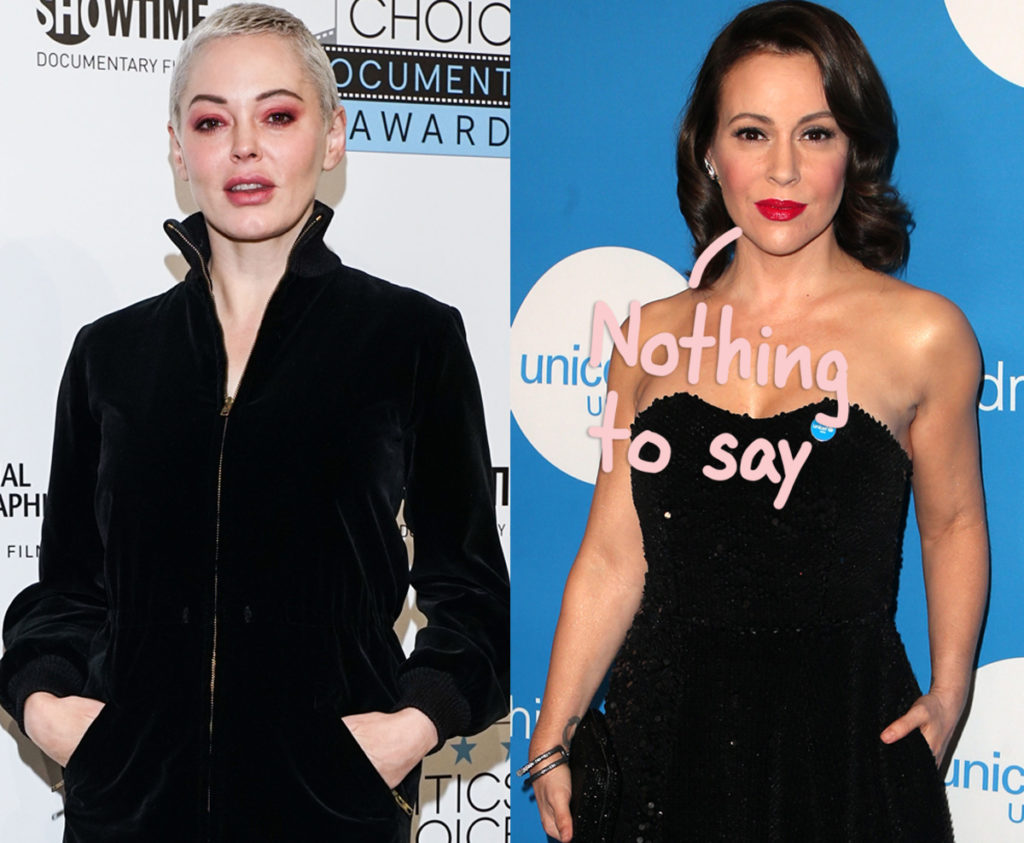 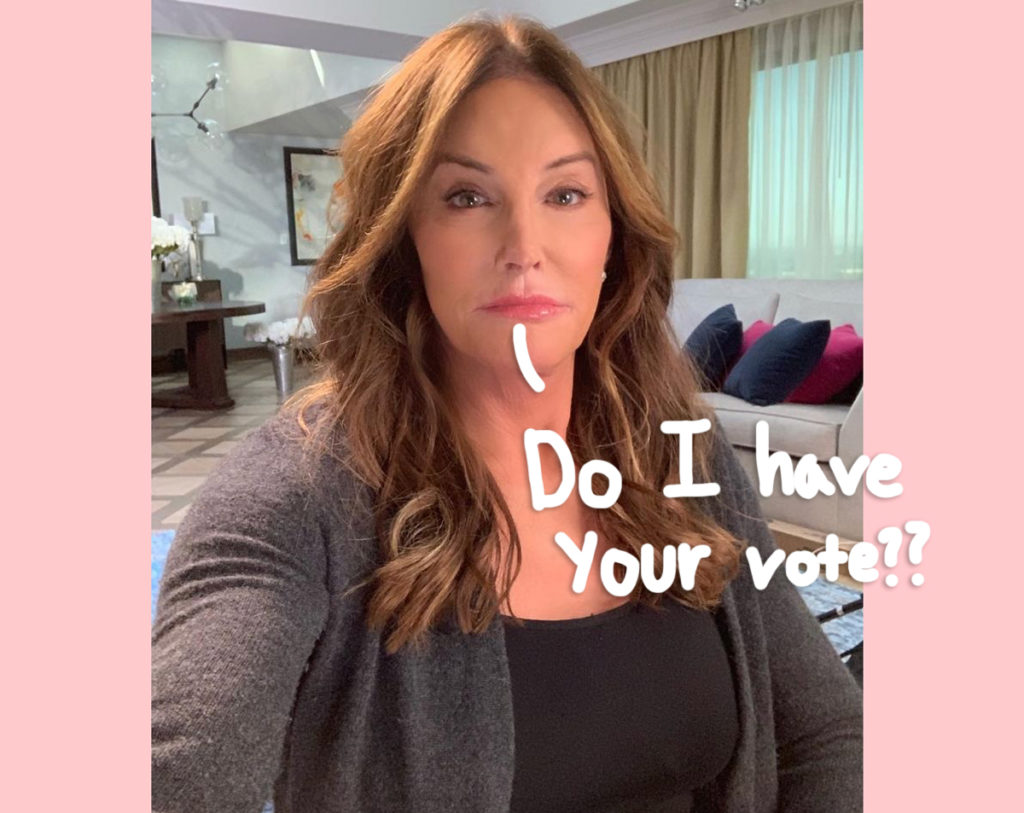