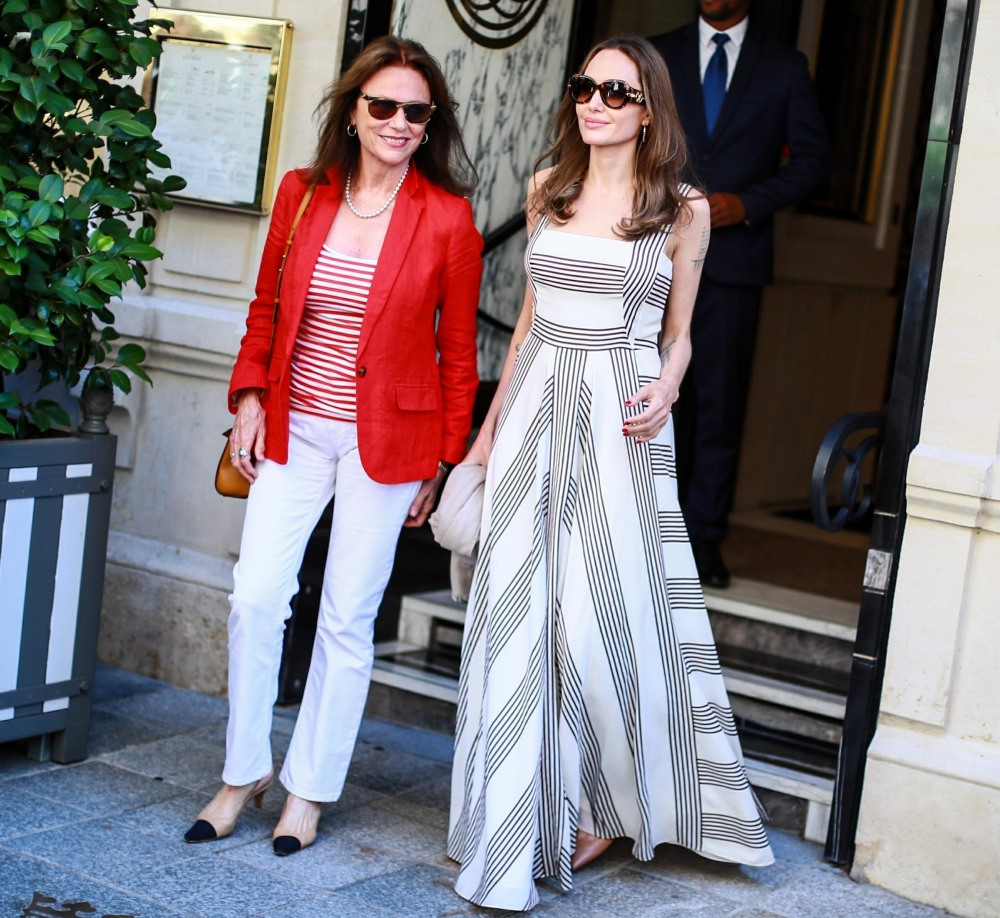 Angelina Jolie has been in Paris for the past three or four days. I think the trip is half-business, half-pleasure. A few days ago, she shot a new ad for Guerlain, and the paparazzi got some shots of her in lingerie, looking tousled and beautiful on a balcony or something. Then they photographed her out and about in Paris this week, and the photos are very pretty. She stepped out solo in white slacks and a pale grey sweater which I WANT, it’s so gorgeous. And then she caused, like, an international incident when she spent time with Jacqueline Bisset.

Bisset is actually Angelina’s godmother – Bisset knew her late mother, Marcheline Bertrand, and I think Bisset knew/knows Jon Voight too. Bisset and Angelina seem to check in with each other every few years. While Bisset is English, I believe she lives in France most of the time, if not all the time. Maybe Angelina called her godmother up for lunch while she (Angelina) was in town, I really don’t know. Angelina and Jacqueline have hung out twice in two days, and on Tuesday, when they exited the hotel, a huge group of people swarmed around them. It was all very epic. Bisset looks amazing, right? Angelina looks great too – I love her summer maxi dress. It’s such a good dress that I suspect she didn’t pick it out herself.

You know what I wonder? I wonder if Angelina Jolie was doing more than a Guerlain shoot while she was in Paris. We’re in early July, it’s conceivable that was doing a photoshoot for an October-issue magazine in Paris, right? Maleficent: Mistress of Evil comes out in October! Perhaps a Vogue shoot? I wonder if Mario Testino or Annie Leibovitz is in Paris this week too. 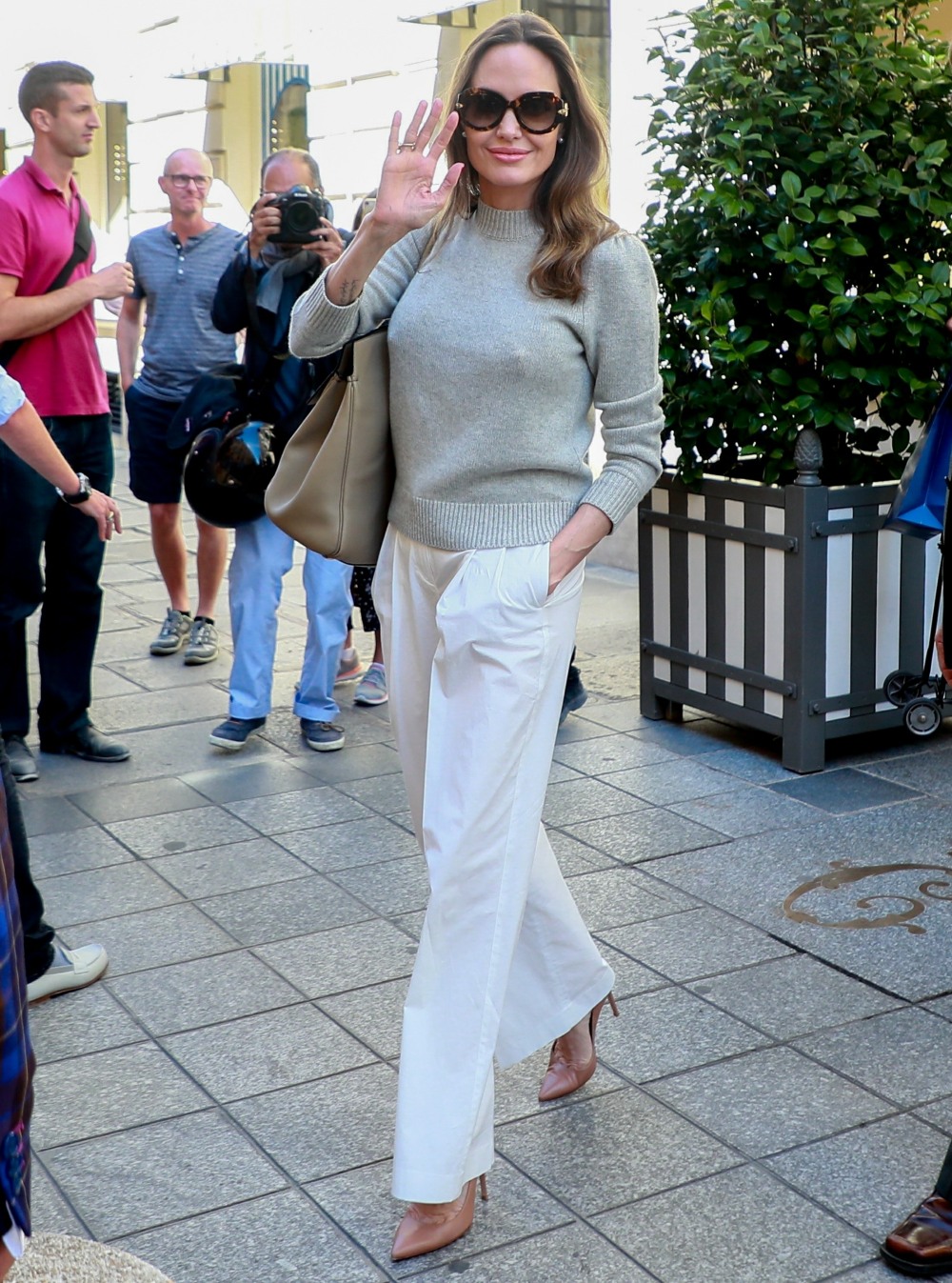 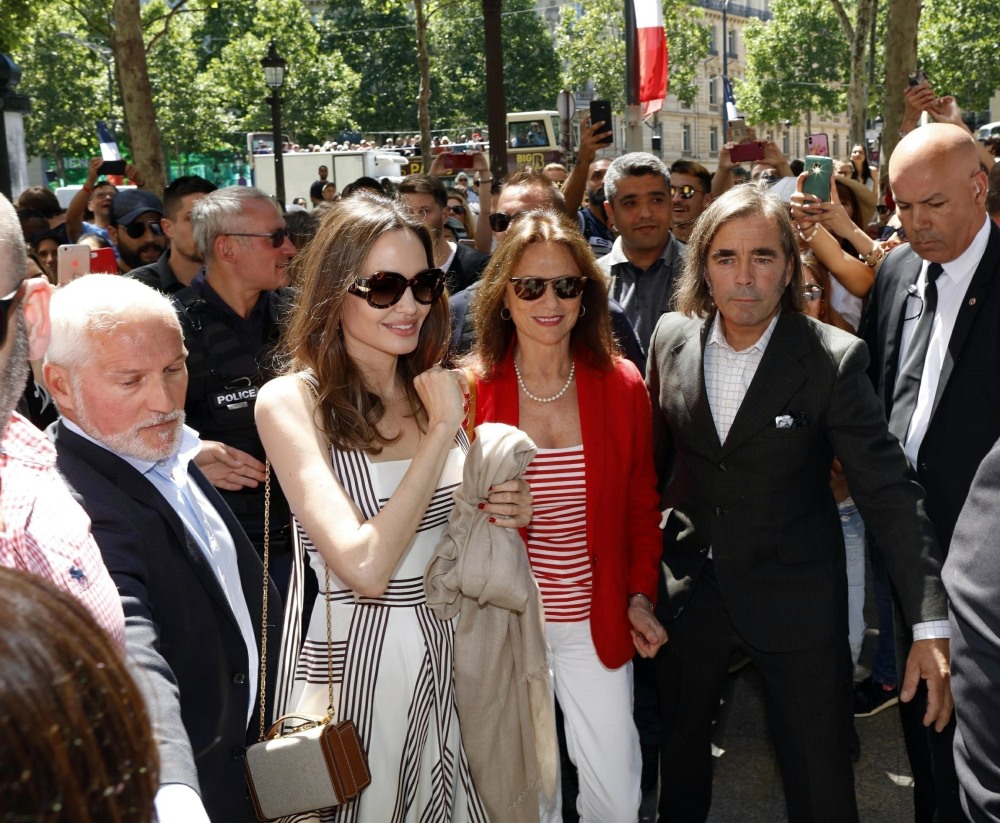 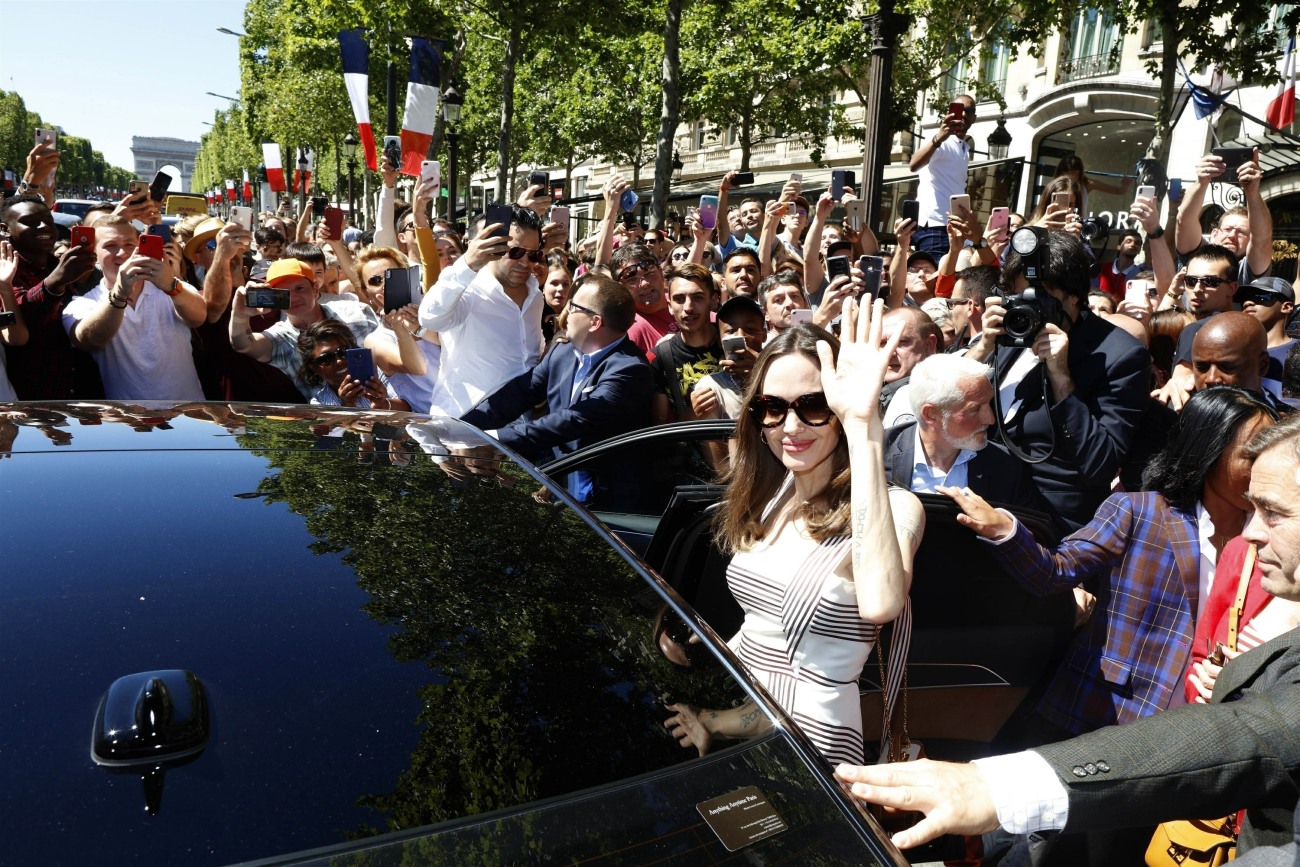