In the wake of the former ‘Hung’ star’s passing following her fiery car crash, her older son, Homer Laffoon, issues a statement mourning the mom he shares with his younger brother Atlas.

AceShowbiz –Anne Heche‘s ex James Tupper has broken his silence to pay tribute to the actress, who died following a fiery car crash earlier this month. Alongside an image of her hugging their son, the actor posted a message about the mother of his 13-year-old son Atlas on Instagram as it emerged the 53-year-old’s heart is being kept beating to asses her organs for donation after she was declared legally dead.

He captioned the image of Heche and Atlas, “Love you forever.” The 57-year-old “Big Little Lies” actor followed the message with a broken heart emoji.

Earlier on Friday, Heche’s older son, Homer Laffoon, also issued a statement Friday, mourning the mom he shares with his younger brother Atlas. “Today my brother Atlas and I lost our Mom,” he said. “After six days of unbelievable emotional swings, I am left with a deep, wordless sadness. Hopefully my mom is free from pain and beginning to explore what I like to imagine as her eternal freedom.”

He went on to say, “Over those six days, thousands of friends, family and fans made their hearts known to me. I am grateful for their love, as I am for the support of my Dad, Coley, and my step-mom Alexi, who continue to be my rocks during this time. Rest In Peace Mom, I love you, Homer.”

Droves of actors and people Heche has worked with are parying tribute to her on social media. Among them was her former “Dancing with the Stars” partner, Keo Motsepe, who shared a parting message to Heche on Instagram. Alongside a broken heart emoji, he wrote, “I love you @anneheche.”

Additionally, he shared a series of videos on his Instagram Story from their time on the ABC dance competition show. “Love you lady,” so he wrote. 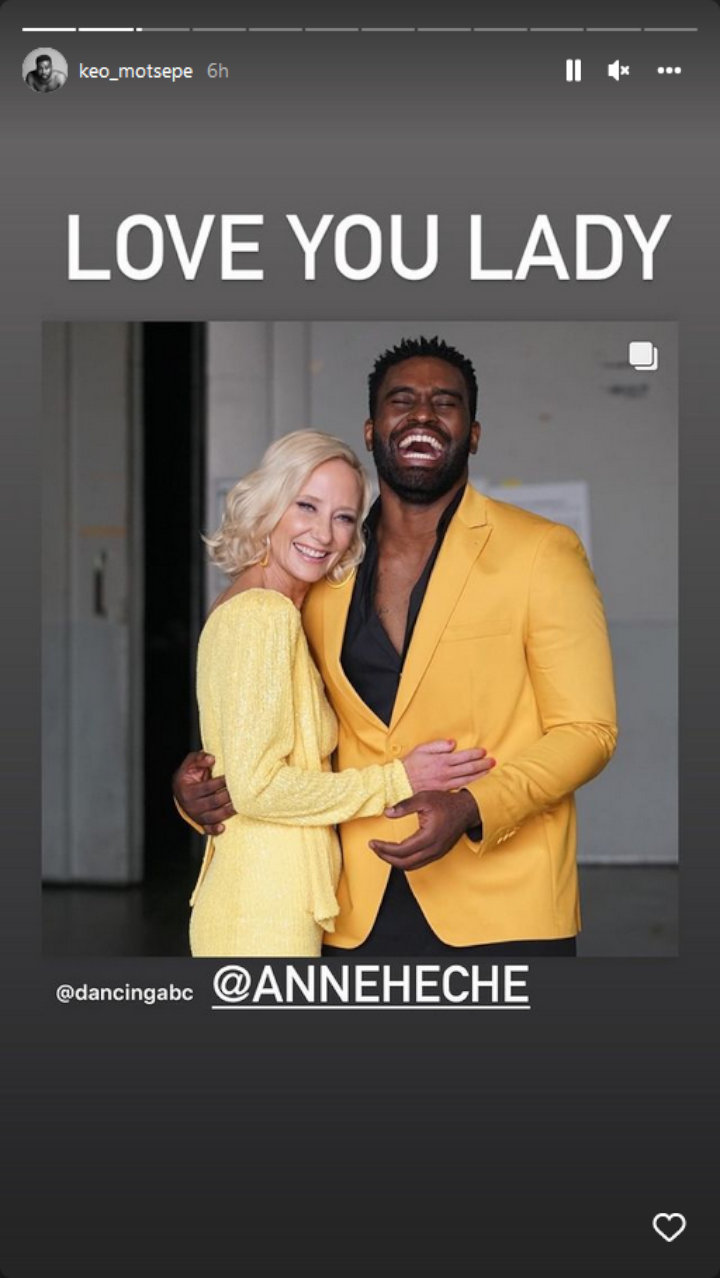 A representative for Heche said on Friday, August 12, that while the actress is “legally dead according to California law,” she has not been taken off life support so medics can see if she is a match for those needing transplants. According to sources, she will be taken off the ventilator in the next day.

Heche’s representative Holly Baird said on Friday in an email to the Los Angeles Times, “She was declared brain dead last night but has been kept on life support for organ donation.” Heche is being kept on life support at the Grossman Burn Center at West Hills Hospital while medical staffers determine whether any of her organs are viable for donation – which has apparently long been her wish.

The actress’ August 5 crash left her with “a severe anoxic brain injury,” and she remained in critical condition in the coma, according to a statement on behalf of her family and friends Thursday night. They added, “Anne had a huge heart and touched everyone she met with her generous spirit. More than her extraordinary talent, she saw spreading kindness and joy as her life’s work – especially moving the needle for acceptance of who you love. She will be remembered for her courageous honesty and dearly missed for her light.”