Singer Demi Lovato’s California sober declaration in 2021 brought forth comments from many celebrities, specifically those who’ve spoken about their own sobriety. Among those was Frankie Grande, Ariana Grande’s brother, who, like Elton John, doesn’t subscribe to Lovato’s methods. Here’s what he said. 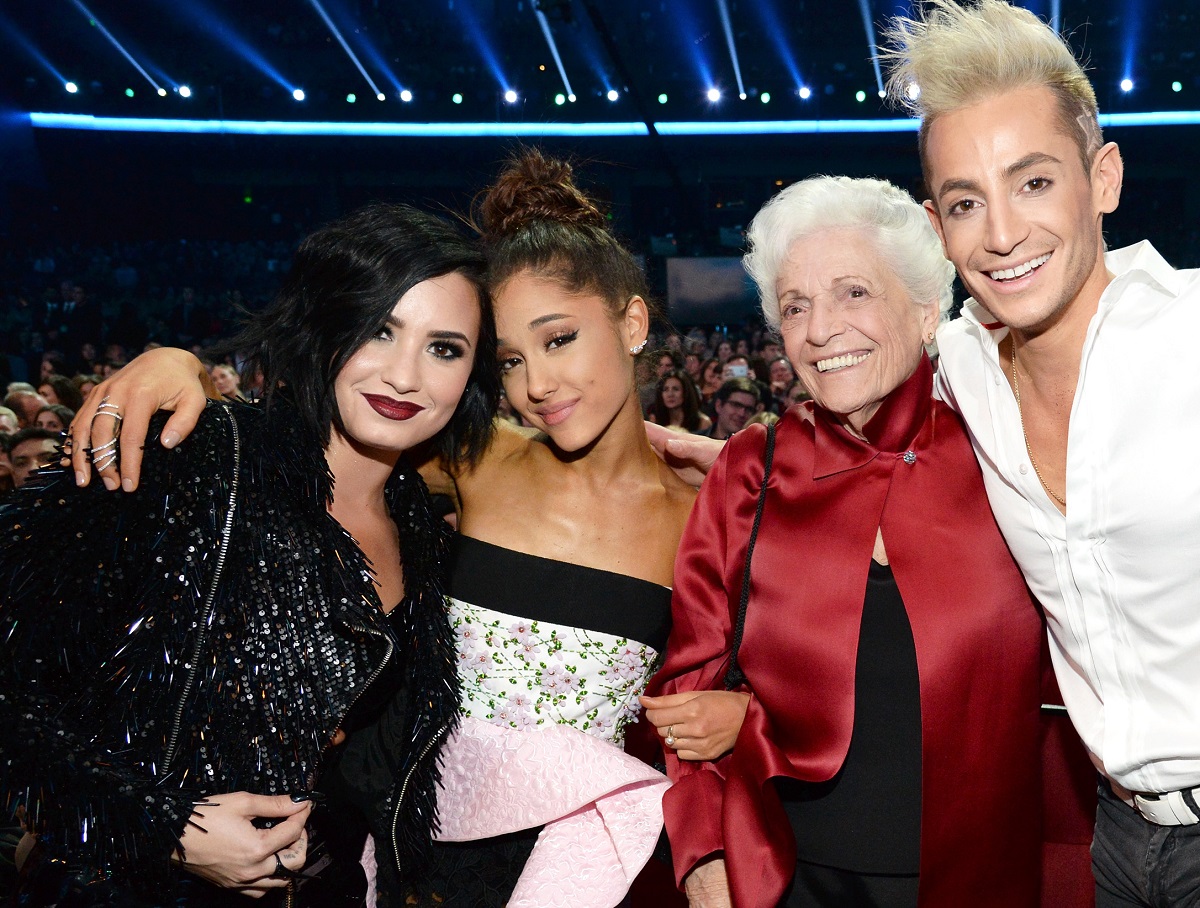 Growing up, Ariana Grande had another family member in the performing arts to look up to. Her brother, Frankie Grande, studied theater and dance in college. He eventually made his way to Broadway, appearing in jukebox musicals like Mamma Mia! and Rock of Ages.

In addition to Broadway (and off-Broadway) productions, Frankie Grande’s dabbled in other areas of entertainment. He’s hosted award show segments, has a YouTube channel, and even performed a one-person show. Reality TV fans may also know him from his Big Brother stints.

He’s spoken about his sobriety for years

Frankie Grande has spoken about his previous substance misuse. “It was all-consuming my everyday life,” he told Jeff Lewis on Radio Andy (via SiriusXM) in 2020. “If I wasn’t drunk, I was obsessed with when I was going to get the next drink or the next fix,” he continued, citing his use of the prescription drugs Klonopin.

Grande stated that he identifies as an “addict.” “No matter how much time happens in my life that I’m sober, as soon as I pick up whatever it is — a drink, a drug — I will immediately go back to the worst place that I was,” he said. “Because that is how my brain is wired. And I’m working every day…to rewire those brain patterns.”

In their 2021 documentary Demi Lovato: Dancing with the Devil, the titular artist with a history of drug use cited their somewhat controversial approach to substances. Lovato said they are “California sober,” meaning they consume some alcohol and smokes marijuana.

For Frankie Grande, that wouldn’t work. “I could risk my own life if I were to drink and smoke pot. So there is so such thing as California sober for me,” he told Behind the Velvet Rope host David Yontef on a May 2021 episode of his podcast. He added, “I would call that not sober.”

But Grande doesn’t take issue with Lovato, just the wording. “I don’t think that anyone needs to be sober unless you need to be over,” he explained. “[If] you can use without being dead, then go. Please do that. I just, I wouldn’t call that sober behavior at all. I wouldn’t put the qualifier of California sober in front of that at all.”

It’s unclear if Frankie Grande and Demi Lovato have spent much time together, aside from one encounter at the 2015 American Music Awards. But Lovato is close with his sister. Having established their friendship years ago, Grande and Lovato worked together for the first time on the latter’s latest album.

The song Grande co-wrote for Lovato, “Met Him Last Night,” is about “the downfalls of recovery,” Lovato said in their YouTube Released interview, adding, “sometimes, you slip up.” “She wrote the song with me in mind,” Lovato told SiriusXM. “I’m so grateful to have a friend like her.”