While facing down ‘what others assume’ and others’ influences, singer-songwriter Ava Della Pietra finds the strength to break away – and looks to inspire you to do the same with her new dreamy tune.

“What day it will be / when I finally feel free / from what others assume,” sings Ava Della Pietra at the start of her new song, “power of you.” The track, premiering here on HollywoodLife, sees the 16-year-old singer-songwriter and Broadway sensation grapple with the pressures of others’ expectations, tackling such mature themes with wisdom beyond her years. “Will I give up / or can I live up / to the power of you,” she sings in the chorus, her heavenly voice soaring along with the song’s dreamy production. Though “power of you” is about handling anxiety and stress of other’s opinions and influences, it acts as a reassuring hand on the shoulder, one that tells you that ultimately, it’s OK to go your way so long as you believe in yourself.

“I’m so excited to be releasing ‘power of you’ as the first song in a four-track EP,” Ava tells HollywoodLife. “‘power of you’ is about being independent and following your own unique path, breaking away from the influences of others. Writing music is my favorite thing in the world, and I hope that my fans love my new songs.” 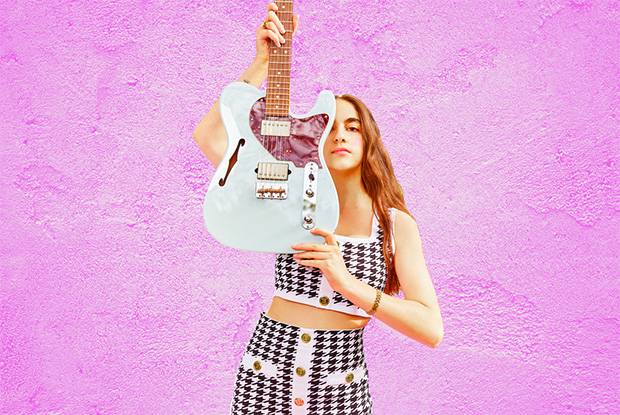 It’s impressive to say that, at just sixteen years old, Ava is starting the next chapter of her musical career with this song. A multi-instrumentalist who plays bass, guitar, violin, piano, and the ukulele began performing at age four and began writing at age five. Fans of the stage recognize her from the national tours of Les Misérables and White Christmas, and the original cast of Broadway’s School of Rock. However, a different kind of stage was calling for Ava, and she decided it was time to forge out a path in the world of pop.

With her guitar in hand, she kicked off that new journey in 2019, dropping the original holiday song, “Christmas Tonight.” Though the pandemic might have slowed her ascent to the top of the pop world, it couldn’t stop her. In 2020, she dropped “Optimist.” Last year, she shared “Home,” a song inspired by families being separated at the U.S.’s southern border. Ava is poised to be a songwriting powerhouse of her generation with a keen eye, an open heart, and a spirit dedicated to using her platform for good.