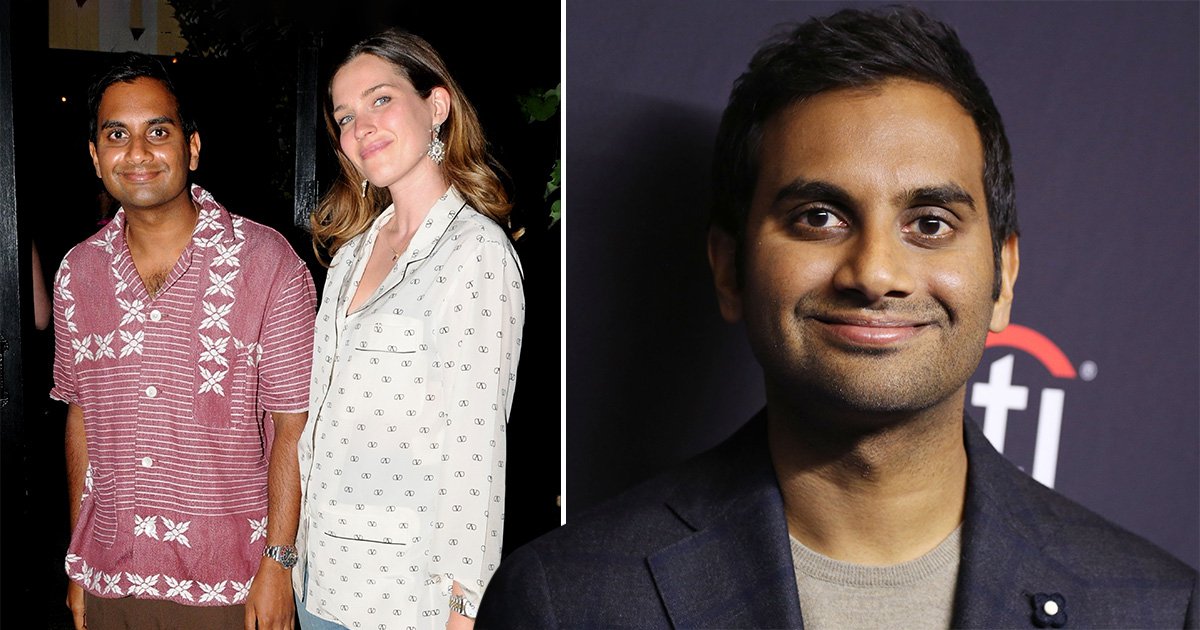 According to Page Six, the comedian is said to have shared his happy news during a surprise set he performed on Wednesday night at New York City’s Comedy Cellar.

The Parks & Recreation star, 38, was said to have joked that he hopes his future child with Serena will be ‘more Indian than Danish’, which is the nationality of his 33-year-old partner.

A source told the publication: ‘Everyone was super excited and very much clapping.’

‘We all went nuts,’ another audience member added.

Serena is currently a senior associate at PwC in London on the investigative analytics team, according to her LinkedIn page.

She previously studied in the UK at both the University of Manchester and King’s College London.

Sources also reportedly told Page Six that Aziz confirmed that he is currently living in the UK capital.

The Master of None creator was first spotted with Serena at an event at the US Open in September 2019, with her mother Kirsten confirming her identity to DailyMail.com but declining to comment on the nature of their relationship.

In 2018, Aziz was accused of sexual misconduct by a photographer in a piece on Babe.net – known only as Grace – who claimed the star attempted to coerce her into sexual activities in his flat following a date, despite her ‘physically giving off cues that she wasn’t interested’.

He denied the allegations, and in a statement, said: ‘In September of last year, I met a woman at a party. We exchanged numbers. We texted back and forth and eventually went on a date. ‘We went out to dinner, and afterwards we ended up engaging in sexual activity, which by all indications was completely consensual.’

He added to Variety: ‘The next day, I got a text from her saying that although “it may have seemed okay,” upon further reflection, she felt uncomfortable.

‘It was true that everything did seem okay to me, so when I heard that it was not the case for her, I was surprised and concerned.

‘I took her words to heart and responded privately after taking the time to process what she had said.’

‘I continue to support the movement that is happening in our culture,’ he said. ‘It is necessary and long overdue.’

Metro.co.uk has contacted reps for Aziz for confirmation.