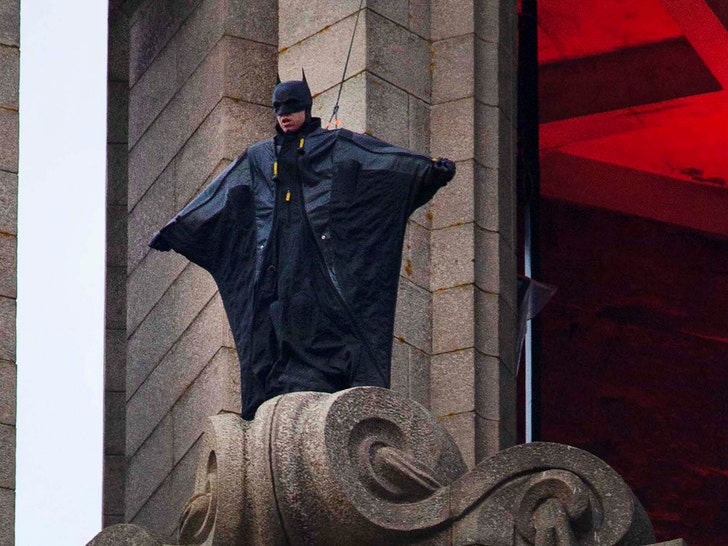 The reboot of the Batman film franchise definitely has a new look … because it looks like The Dark Knight’s utilizing a Hefty bag.

We kid, sort of, but filming for “The Batman” Thursday in Liverpool, England provided an odd sight — a stuntman made to look like the superhero perched on high atop the city’s Royal Liver Building … in some sort of black zipper suit. 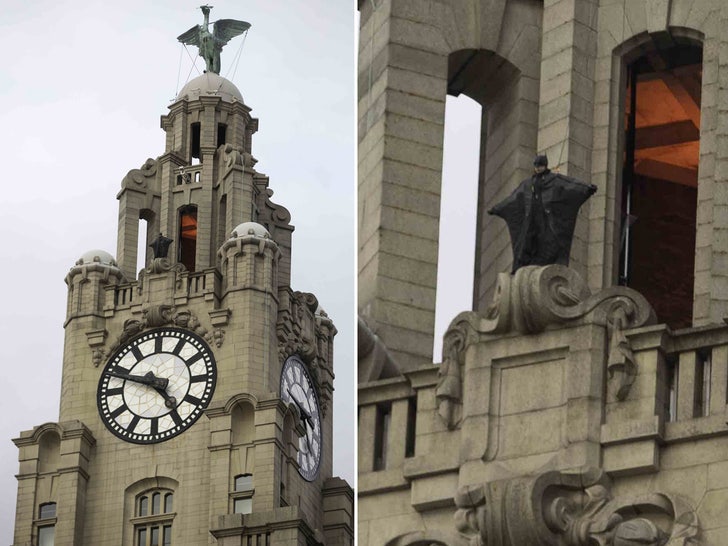 The stuntman’s obviously stepping in for the reboot’s star, Robert Pattinson, for the dangerous shot above the iconic building’s clock … safely attached to a cable as a helicopter crew filmed nearby.

Despite the strange outfit, the guy’s still rocking the legendary Batman mask.

Shooting for “The Batman” just started back up in the UK days ago following a COVID-19 shutdown after Pattinson tested positive for the virus.

The actor’s recovered and has returned to set as well, but apparently … only his stand-in is allowed to stand in the Bat bag.