“Real Time” host Bill Maher knocked Lin-Manuel Miranda on Friday night over an apology the Broadway star issued for an apparent lack of diversity in the film adaptation of his musical “In the Heights.”

Earlier this week, the “Hamilton” creator took to Twitter, responding to the backlash that his new film lacked Afro-Latino performers.

“I started writing ‘In the Heights’ because I didn’t feel seen. And over the past 20 years all I wanted was for us — ALL of us — to feel seen,” Miranda began the statement. “I’m seeing the discussion around Afro-Latino representation in our film this weekend and it is clear that many in our dark-skinned Afro-Latino community don’t feel sufficiently represented within it, particularly among the leading roles.

“I can hear the hurt and frustration over colorism, of feeling still unseen in the feedback,” he continued. “I hear that without sufficient dark-skinned Afro-Latino representation, the work feels extractive of the community we wanted so much to represent with pride and joy. In trying to paint a mosaic of this community, we fell short. I’m truly sorry. I’m learning from the feedback, I thank you for raising it, and I’m listening. I promise to do better in my future projects.”

But the statement didn’t sit well with Maher, who urged Miranda to “stop apologizing.”

“Please, stop apologizing. You’re the guy who made the Founding Fathers Black and Hispanic!” Maher exclaimed during the show’s panel discussion. “I don’t think that you have to apologize to Twitter! For f—‘s sake. This is why people hate Democrats. It’s cringy.” 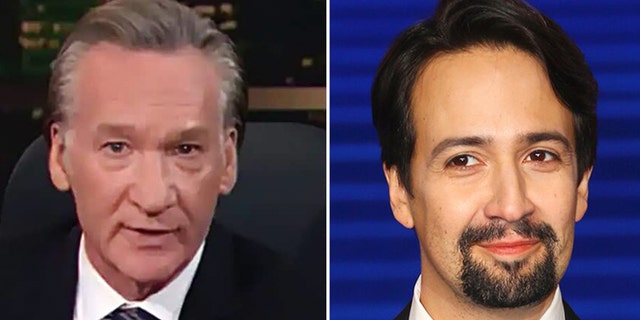 Bill Maher says Lin-Manuel Miranda has no reason to apologize for the casting in the new film "In The Heights."

CNN commentator Paul Begala responded by saying the mob “can’t seem to distinguish between an oversight and an outrage,” pointing to legitimate issues like health and financial disparities between Black and White Americans.

“Those are outrages and liberals ought to be focused on that, not the casting choices of, I think, a heroic guy who’s making a film about a minority community, ” Begala said.

New York Times journalist Jane Coaston argued that “nothing will have changed” from any apology being demanded from Miranda and that “we will do this all again forever.”

“We’ve been mad about things forever because being mad — it’s an irreplaceable resource. We will never stop being mad about things,” Coaston told Maher. “But I think that it’s time to recognize like sometimes when people are mad on the internet, you need to identify who is mad, do they vote, do they have power, do they have the power to vote on things that could change these real lived experiences of communities of color. And if they don’t, you’re just kind of like ‘meh.’”

Maher agreed that people “used to get mad” but what’s different with social media is that “people didn’t use to grovel and apologize like this.”

“Obviously, he felt it was important enough for him to make this apology,” Maher explained. “Do I think he really thinks he needs to apologize? I don’t. He just wants to avoid the news cycle. I don’t blame him, you know. I understand this, but at some point, people are going to have to stand up to these bullies because that’s what it is! It’s bullying. It’s ‘I could make you crawl like a dog and I enjoy it.’”

The “Real Time” host continued, “I mean, he’s a Latino making a Latino movie with a Latino cast — not good enough! Nothing is ever good enough for these people! They’re like children. We don’t raise our children right and it’s reflected in the media. No one ever tells their children, ‘Shut the f— up, sit down, listen to your elders, stop b—-ing.’”