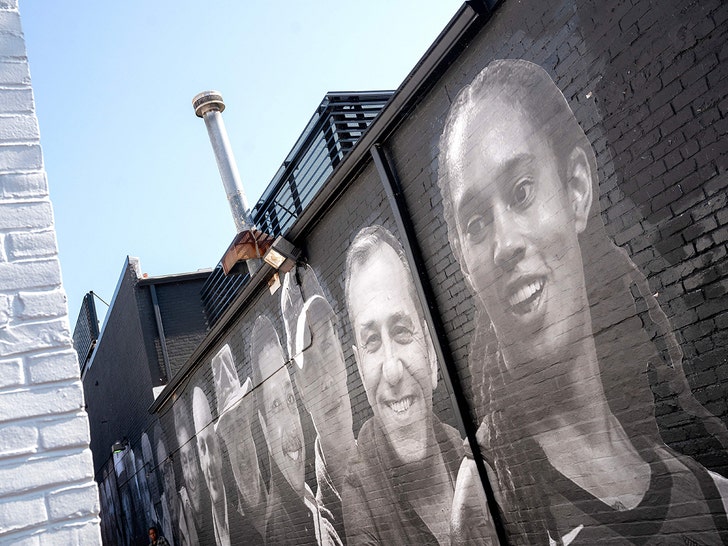 A mural of Brittney Griner — and 17 other Americans detained in countries like Russia — was erected Wednesday in Washington D.C. … all to bring awareness to Americans locked up abroad.

Of course, Griner’s case has received a tremendous amount of attention, but that’s not necessarily the case with all the captive U.S. citizens … and the hope is the artwork will get the word out.

Issac Campbell, an artist from Iowa who’s in charge of the project, spent about 8 hours putting the 15 ft. tall mural together in Georgetown before opening it to the public, according to the Washingtonian.

The photos were provided by the Bring Our Families Home Campaign.

Campbell cut and pasted photos onto the wall … using flour, water, and sugar to form a non-toxic, biodegradable glue, with help from detainees’ family members and citizens passing by. It’s expected to eventually fade … but it could take weeks, months, or longer, depending on the weather.

Aside from the artwork, Campbell hopes the message behind the mural resonates with people more than the artistry, so detainees like Griner can return to the United States.

“We really need to put pressure on all people with any tools, whether that’s wheat-pasting, or whether that’s using your own personal platforms on social media to help apply pressure,” Campbell said.

“Or if you’re in any stage of government, and you can provide support and begin to help bring these people home.” 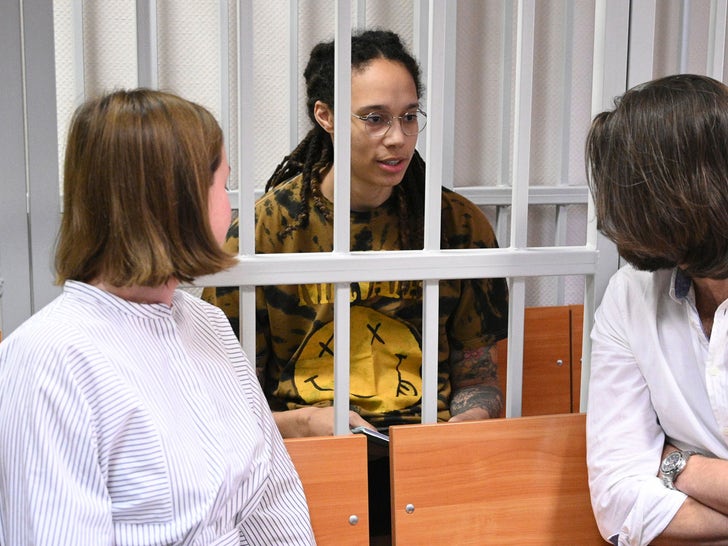 Other than Griner — a star hooper for the Phoenix Mercury — other Americans like Paul Whelan, U.S. citizen and former Marine who’s been detained in Russia since 2018 on drug and espionage charges, are featured.

Griner recently pled guilty to a drug charge … but her trial near Moscow is still ongoing (the Russian justice system is different than in America). She faces up to 10 years in prison.

Griner’s next hearing is scheduled for July 26.