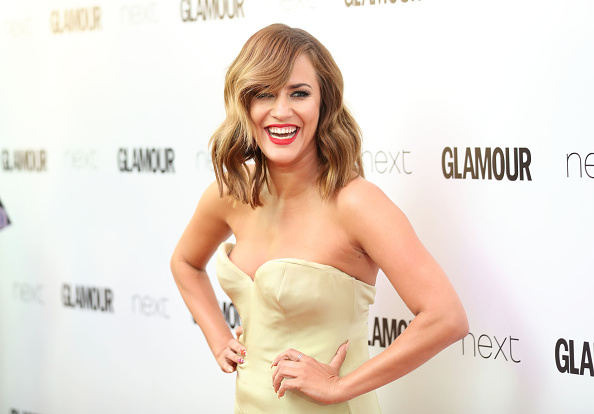 Caroline Flack’s friends and colleagues have remembered her on social media, on what would have been her 42nd birthday.

The Love Island presenter died on February 15, 2020, at the age of 40, with an inquest later finding that she died by suicide.

Flack would have been 42 on November 9, and her famous friends have shared tributes to her on her birthday.

Iain Stirling, who worked on Love Island with the presenter, shared a selfie of him and Flack and captioned it: ‘Happy birthday Caroline x.’

Olly Murs, who presented The Xtra Factor with Flack as well as one series of The X Factor, shared a clip of him and his friend performing Craig David’s Rendezvous on karaoke, and wrote: ‘Wish I had the full video of this makes me smile every time ☺️ love how much you loved singing more than me! 🤣❤️ think of ya everyday happy birthday caz!’

Dawn O’Porter posted a shot of Flack posing in one of her dresses, named ‘The Flack’ after her, and captioned it: ‘Happy birthday you plum.’

Keith Lemon – who worked with Flack at the beginning of her TV career on Bo! Selecta – shared an illustration of the star, with ‘Be kind’ written next to it.

Celebrity hair stylist Lou Teasdale shared a carousel of pictures of her friend, and wrote: ‘Happy birthday beautiful, I miss you every day.’

Teasdale had been looking after Flack on the day before her death, and on February 15, she had briefly popped to the shops when the star took her own life.

When she was unable to regain access to Flack’s London home, she called her father, with her body then being found by Flack’s twin sister Jody.

Prior to her death, Flack had stood down as host of the winter series of Love Island after being charged with assaulting her boyfriend Lewis Burton – a charge she denied.

‘I feel the prosecutor was unkind to Caroline and my family. I was threatened with arrest when I tried to speak. There was disputed evidence in court. The result of the media attention of this hearing forced Caroline to leave her home which she loved.

Coroner Mary Hassell ruled Flack’s death a suicide, telling Poplar Coroner’s Court: ‘In Caroline’s case I am entirely satisfied she intended to cause her own death. She hanged herself. She had only one expectation – her own death. There’s no doubt in my mind at all.

‘Caroline had fluctuating mental ill health, she had had struggles in the past. She had had difficulties. In spite of the fact she may have led – to some – a charmed life, actually the more famous she got the more some of these difficulties increased – she had to deal with the media in a way most of us don’t.

‘It was played out in the national press – and that was incredibly difficult for her. She faced the prospect of not working in the job she loved, losing a great deal.

‘I find the reason for her taking her life was she now knew she was being prosecuted for certainty, and she knew she would face the media, press, publicity – it would all come down upon her.’