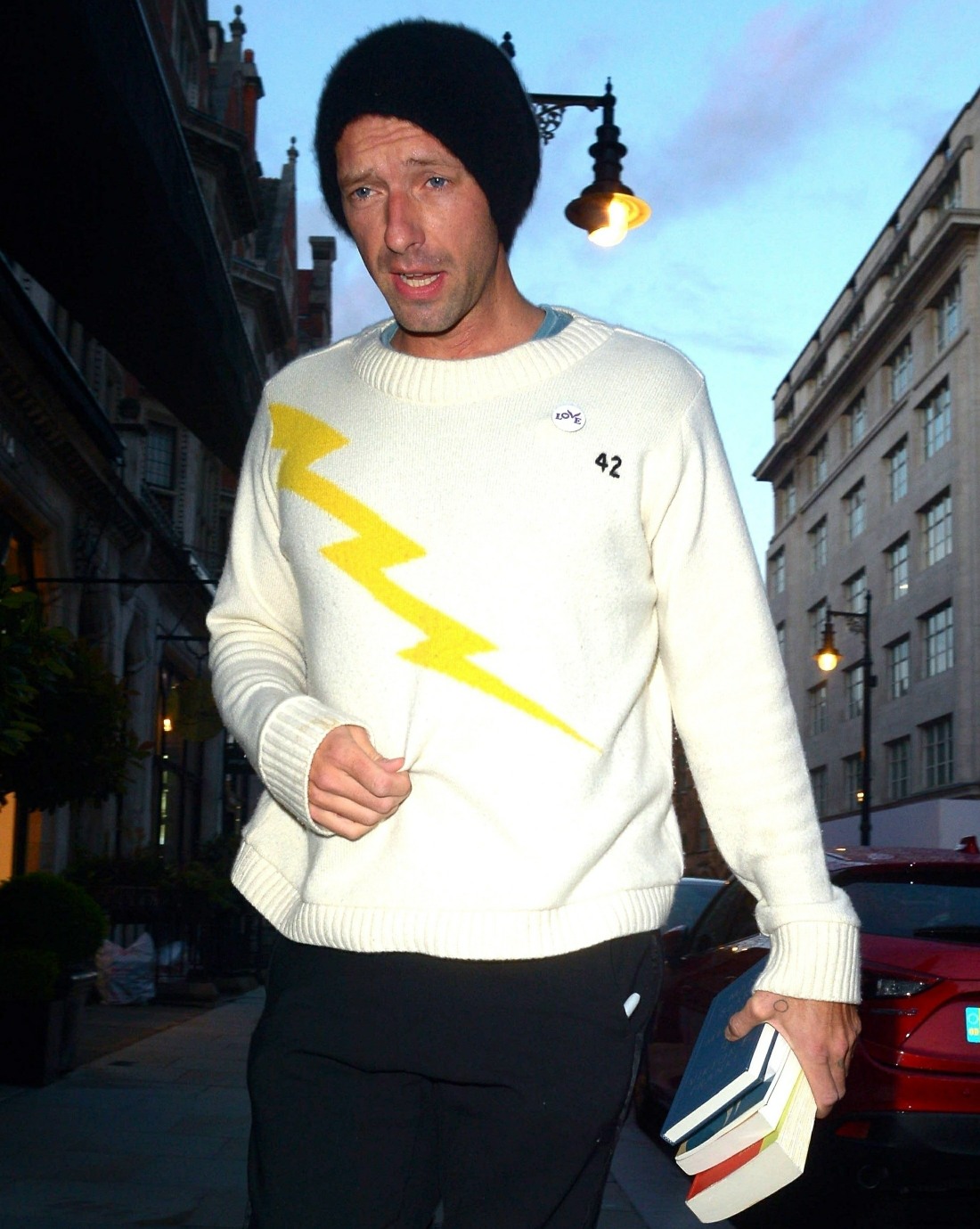 Mid-June, we learned that Chris Martin and Dakota Johnson had split up. They were together for about 20 months, and they reportedly split because Chris wanted to settle down and have a baby and Dakota was like “nah, I’d rather focus on my career.” If that’s the way it went down, I’m proud of Dakota. I also theorized that after a year and a half, Dakota was probably done with Gwyneth Paltrow, who seems to insert herself in all of Chris’s relationships post-divorce. To be fair, Chris LETS Gwyneth do that and it’s on him to change that dysfunctional dynamic, which he hasn’t done. So just imagine what lengths Gwyneth would go to when she finds out about this: Chris Martin might be starting up something with 23-year-old Dua Lipa.

He recently split from his Fifty Shades of Grey star girlfriend Dakota Johnson, following a 20 month romance. But it seems that Chris Martin has already moved on as he was reportedly spotting kissing Dua Lipa backstage at Glastonbury. The Coldplay frontman, 42, apparently made a beeline for the New Rules hitmaker, 23, after he saw her at the event, with the pair getting very close indeed. Dua herself is freshly single following her split from chef Issac Carew, 33, earlier this month, after 18 months together.

A source revealed to The Sun: ‘As soon as Chris caught Dua’s eye, he was over like a shot — and he didn’t leave her side all night. She seemed happy to be in his company and even introduced him to her family.’

The insider went on to explain that the duo were chatting to each other ‘for ages’ and that whenever they were alone, Chris got ‘really flirty with her’. They added: ‘There was clearly a lot of chemistry between them — and when they headed to the Guerilla bar in the Shangri-La area, he saw his moment and they shared a kiss.’

And it appears that it’s a case of déjà vu as the musical pair’s smooch comes two years after they first locked lips at the Worthy Farm site. Chris and Dua previously shared a kiss in the VIP area, after they became close while working on a track called Homesick.

It makes me sad on so many levels. The top level being that I don’t think enough people care enough about Dua Lipa to actually be concerned about this! I love Dua, I love her voice and her vibe and her look and I want her to become a bigger thing. Dating Chris Martin might make her a bigger thing, but mostly it will just be a pain in the ass as he and his ex-wife play tag-team head games with her. Of course, “making out at Glastonbury” doesn’t mean they’re dating. I hope that’s what it was, just an innocent makeout session and Dua is like “wow I could do so much better.” Also: a 23-year-old touring singer isn’t MORE likely than a 29-year-old actress to settle down and have a baby with a 42-year-old dude, you know?