Will it be something completely different? What will today’s joyless woke brigade make of Monty Python ask CHRISTOPHER STEVENS as the gloriously anarchic comedy that set out to offend returns to our screens after 34 years

Oh, the outrage. Decades after Monty Python’s Norwegian Blue parrot was declared to be ‘bereft of life’ and ‘gone to meet its maker’, the show is back on television.

For the first time in 34 years, Britain’s most surreal comedy export is screening on a free-to-view channel. The classic nostalgia station That’s TV will be showing all four Python series — in pairs of episodes for an hour a day — from 9pm this evening.

And in a controversial move, the channel has vowed not to cut a word.

‘Monty Python’s Flying Circus always provoked howls of protest,’ says That’s TV chief executive Daniel Cass. ‘It was meant to be outrageous. We wouldn’t be true to its spirit if we started censoring it.’

For the first time in 34 years, Britain’s most surreal comedy export is screening on a free-to-view channel

But if Python was a raspberry in the face of decency when it launched in 1969, how will a generation of younger viewers who have never heard of chocolate-covered crunchy frogs or the fish-slapping dance cope?

It isn’t just the scattergun offensiveness. At its finest, Monty Python is still hilarious enough to throw your back into spasm and knot your intestines around your lungs.

Younger viewers are simply not used to that. They don’t expect to laugh themselves breathless.

The first duty of comedy today is to pay homage to current moral fashions. Jokes don’t have to be funny as long as they sneer at Brexit, praise socialist ideals, decry transphobia and wave a rainbow flag for diversity.

Any show that can manage all that and raise more than a limp chuckle is a rarity.

The usual result is dross such as The Witchfinder, a sitcom that launched on BBC2 last week. Set during the English Civil War, it features Tim Key as a self-employed detective, hunting for women to accuse of witchcraft.

To call it ‘unfunny’ is like calling Southern Railways ‘unreliable’: it’s true, but the reality is much worse than that. The Witchfinder is so wretched in its failure to raise a laugh, it’s downright depressing. 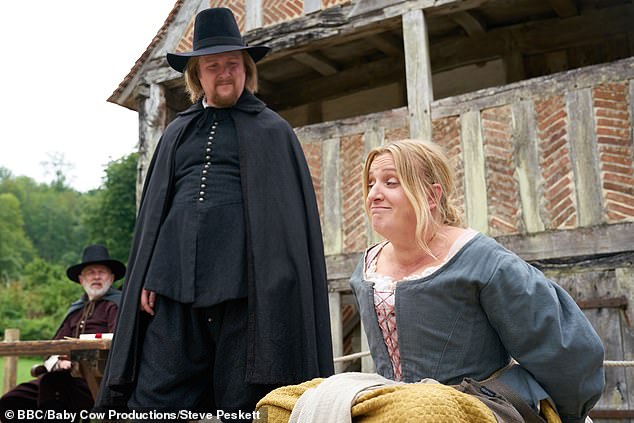 The Witchfinder is so wretched in its failure to raise a laugh, it’s downright depressing 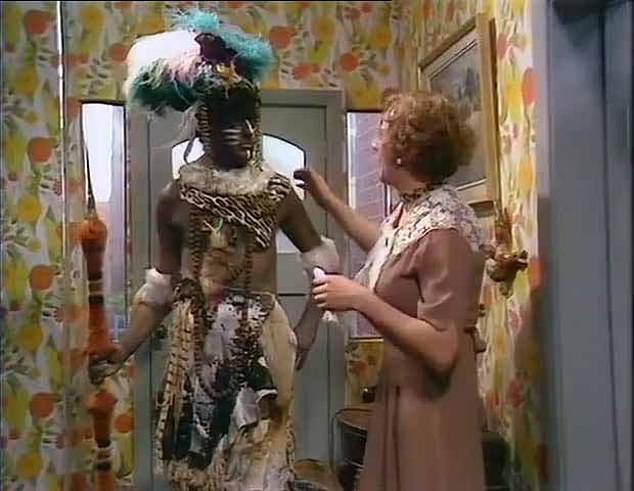 It hasn’t been repeated on the BBC since 1988, prompting John Cleese to lament recently that many young viewers have never even heard of it: ‘It seems odd, as I think they would enjoy Python’

And yet it’s regarded by the Beeb as ambitious because it has a proper budget. There are costumes and star names, including Daisy May Cooper and Jessica Hynes.

Mostly what passes for entertainment is a procession of dreary panel shows such as Mock The Week, The Ranganation and Frankie Boyle’s New World Order — retreading the same jokes and filling each half hour with expletive-fuelled complaints about the Tories.

It’s billed as comedy, but no one is expected to laugh. The proper reaction is to raise a clenched left fist and cry: ‘Right on, comrade!’

That’s been true for six years, since the Brexit referendum plunged the liberal establishment into agonies of recrimination. But it’s been building since the advent of alternative comedy in the 1980s.

Never mind that Monty Python was as alternative as anyone could desire. It hasn’t been repeated on the BBC since 1988, prompting John Cleese to lament recently that many young viewers have never even heard of it: ‘It seems odd, as I think they would enjoy Python.’

The bosses at That’s TV, which launched on Freeview last summer, certainly believe they will. Up to 20 per cent of their audience are millennials and Generation Z — that is, the under-40s.

‘We’ve been airing The Kenny Everett Video Show and people are emailing and calling in to say how much they love it, and that they can’t believe they’d never heard of it before,’ says Daniel Cass. ‘We’re expecting a similar reaction with Python.’

The channel is unashamed in its devotion to traditional comedy. It’s even televising compilations from The Benny Hill Show — including those sequences beyond parody in which a lecherous Benny chases scantily-clad young women around the park, to the soundtrack of Yakety Sax.

In my view, Benny Hill was innocent smut. Some will disagree: today, like much of 1970s comedy, it can seem unforgivably sexist. What was meant as light-hearted fun does sometimes seem almost dangerous now, in the way it objectifies women or appears to condone sexual violence. 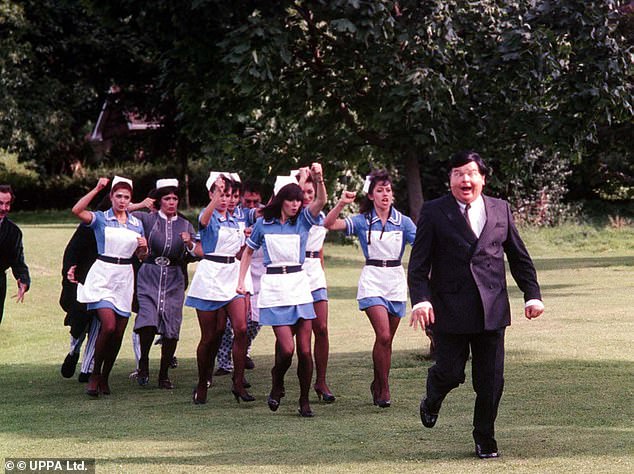 In my view, Benny Hill was innocent smut. Some will disagree: today, like much of 1970s comedy, it can seem unforgivably sexist

Python always set out to offend — never more so than in the Undertaker’s Sketch that closed the second series.

In this, Cleese takes a sack containing his mother’s corpse to a funeral parlour, where the undertaker (Graham Chapman) offers to ‘bury her, burn her’ or ‘dump her in the Thames’.

Then he takes a look in the sack, and announces, ‘She looks quite young . . . we’ve got an eater . . . She’d be delicious with a few french fries, a bit of stuffing.’

Horrified, Beeb executives permitted the team to record the skit only on the condition that a live audience was heard booing throughout.

The BBC’s head of features called the show ‘disgusting’ and the channel’s controller condemned it as ‘appalling bad taste’ and the head of light entertainment complained that the Pythons ‘seemed to have some sort of death wish’.

That sketch still stands out for its sheer queasiness. Strangely, though, the skits most likely to unleash a woke storm are ones that were comparatively innocuous when first broadcast.

There’s Michael Palin, now Sir Michael and a national treasure, proclaiming his love for cross-dressing in the Lumberjack’s Song: ‘I cut down trees, I skip and jump, I like to press wild flowers. I put on women’s clothing and hang around in bars.’

Even more disturbing now, though considered harmless at the time, is the sight of Graham Chapman as an African tribesman, in full feathered headdress and loincloth.

His name is Eamonn and, coming home to a suburban bungalow, he is greeted by his white mum (Terry Jones in curlers).

Come to that, there’s the nightmare sequence where Palin is a stockbroker on his daily commute. He ignores all the sexual perversion and murder happening around him, including Jones himself as a Zulu warrior, running a man through with an assegai at the bus stop.

Comedy stars from David Walliams and Matt Lucas on Little Britain, to the arch-Lefty David Baddiel, have issued public apologies for donning blackface in the past and it is no longer seen as remotely funny.

What will be the reaction of a modern — and especially a younger — audience to the breaking of that taboo, not to mention all the others that the Pythons deliberately set out to shatter?

Suicide is one. During another skit, Cleese and Eric Idle play two office workers in a tower block, taking bets on which of their colleagues will be next to plummet to their death.

‘Three people have just fallen past that window,’ remarks one. ‘Must be a board meeting,’ remarks the other. 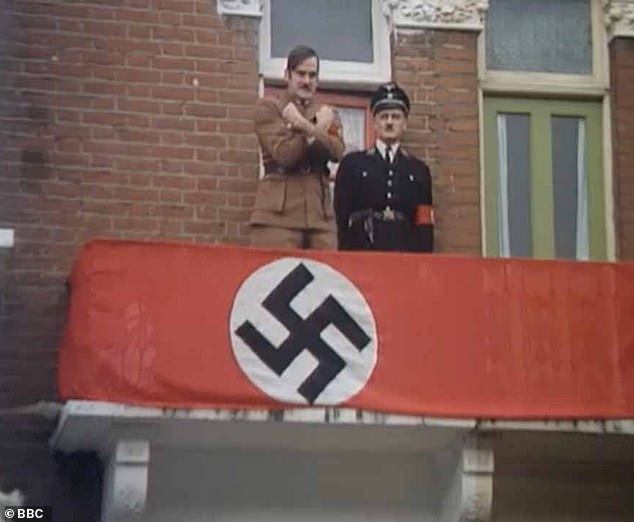 The mere idea of jokes like these in a modern BBC comedy is preposterous. The line about lampshades in the Mr Hilter sketch is of course a reference to the monstrous barbarity of the Nazis’ extermination camps

The Nazis are another. It’s Cleese again, this time as Adolf Hitler — living in a Minehead bed and breakfast. He declares: ‘I am not a racialist but . . . zis is a big but . . .’

When his landlady (Jones, of course) takes a phone call from ‘that nice Mr McGoering’ about bombers, Hitler froths: ‘If he opens his big mouth again, it’s lampshade time!’

The mere idea of jokes like these in a modern BBC comedy is preposterous. The line about lampshades is of course a reference to the monstrous barbarity of the Nazis’ extermination camps.

What writer now would dare suggest such a gag in a script meeting?

As Python returns, there will be outrage from the humourless, just as there was from an older generation when the show debuted. But I predict they will also be drowned out once again by the sound of laughter.