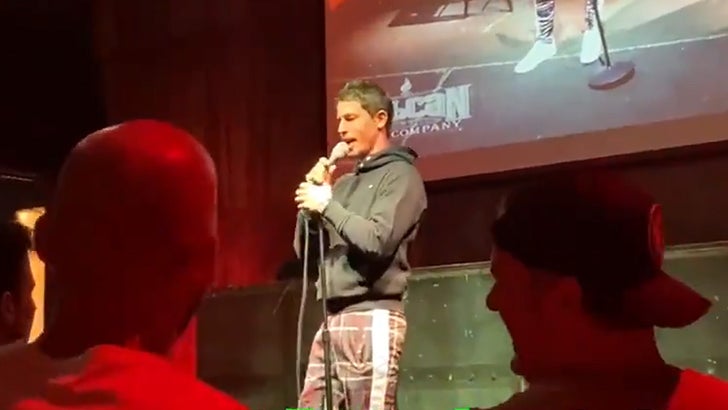 1:42 PM PT — Tony’s racist jokes appear to have cost him representation, because he no longer has a talent agent at WME.

11:19 AM PT — Comedian Peng Dang — who’d just done a set before introducing Tony last week — came on “TMZ Live” Wednesday to give us some more backstory into what had led up to the guy hurling a racial epithet aimed at Asians … and what was going on behind the scenes.

Check out the clip … Peng explains that prior to bringing Tony on, he himself had, ironically enough, actually done a few jokes about stopping Asian hate — to which he says the crowd responded positively. That’s why Peng says he was utterly shocked to hear Tony’s jokes. 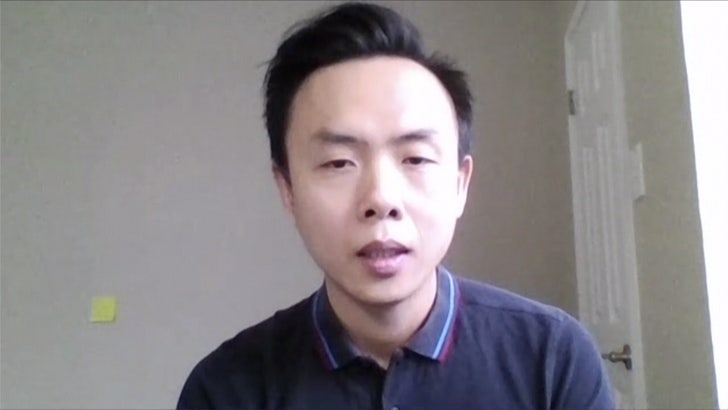 Peng tells us that while it might’ve looked like most of the audience members were laughing along with Tony as he hurled slur after slur … that’s not quite the case. He explains that there were a lot of people who were uncomfortable, especially the ladies in the room.

He ends by saying that if making fun of Asians was part of Tony’s set, that’s something Peng would accept and tolerate … but notes that him dropping the c-word crossed the line.

A white comedian used the cloak of comedy to spew incredibly racist rhetoric against another comedian — the guy who introduced him on stage — without batting an eyelash.

Tony Hinchcliffe — famous for writing for the ‘Comedy Central Roast’ series and working on Joe Rogan‘s podcast — did a set last week in Austin, where fellow comic Peng Dang (who is of Chinese descent) introduced him at Big Laugh Comedy.

Dang was more than courteous in the intro, telling the crowd to “give it up for the one and only, Tony Hinchcliffe” … but as soon as Tony grabbed the mic, he went right into excoriating Dang — calling him a “filthy little f***ing c****” and going on to mock his accent. 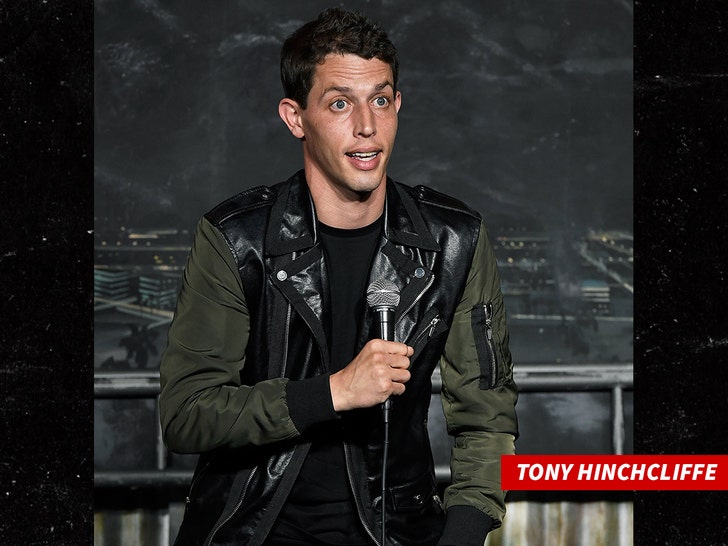 The racism wasn’t lost on Dang. He posted the clip and wrote, “Last week in Austin, I got to bring up Tony Hinchcliffe. This is what he said. Happy Asian (AAPI) Heritage Month!”

Now, one could argue Hinchcliffe is famously known as an insult comic — he is — and that this is right up his alley … and he didn’t mean anything by it. Even if true, times have changed — so these types of jokes aren’t gonna fly anymore, especially right now when violence against Asians is spiking nationwide. Frankly, these jokes are cheap and mean.

Tony hasn’t responded to this yet — but the guy’s got shows coming up in Madison, WI this week … and he runs a weekly podcast, so maybe he’ll address it some time then.