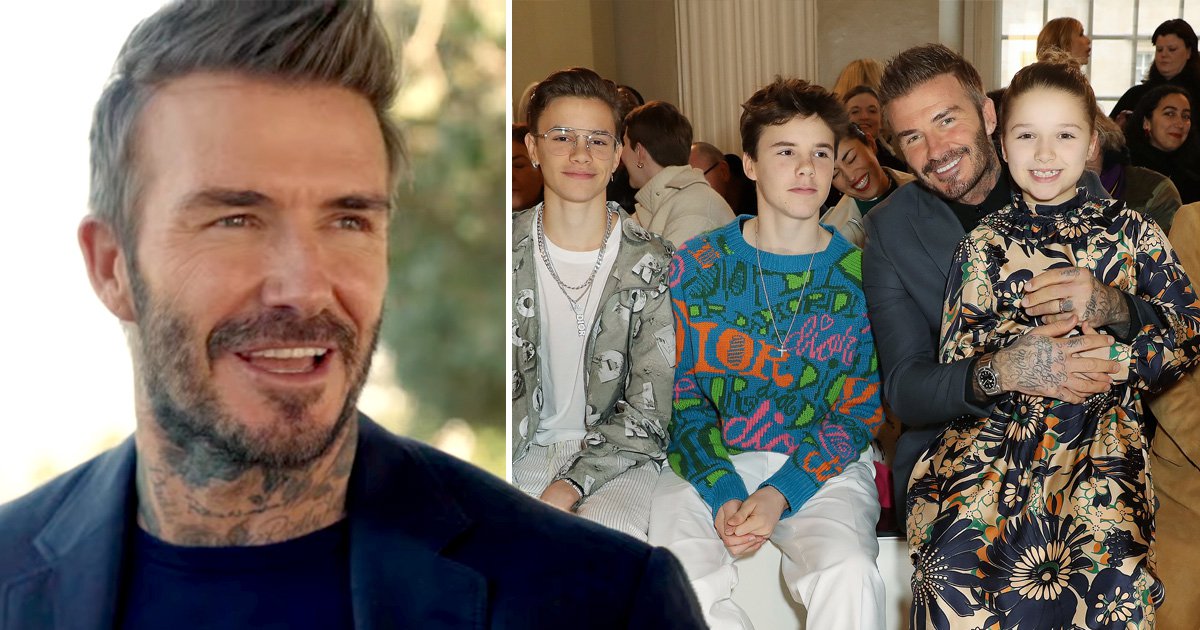 David Beckham has given fans an insight into his home life, including what habits of his wind up his wife Victoria Beckham and which qualities of his have been passed on to his children.

The footballer, 47, appeared on 29 Questions with Gary Neville, where the pals discussed memories from their time on the pitch.

David also divulged the ways in which his children are similar to him (besides their looks, of course).

He explained: ‘It’s an obvious thing, I see a bit of me in all of the kids. The stubbornness of Romeo, he’s got my stubborn side, the kindness of Harper, I’d say.

‘Brooklyn is a softy and he’s very caring, and Cruz – because Victoria’s always said that I’m quite funny and nobody knows that, which I thought people did know that!

‘But Cruz is quite a character so I’d like to say that Cruz has got my kind of character and funny side, so a bit of all of them.’

While it might be most people’s dream to be married to Golden Balls himself, David also admitted there are a few things about him that tend to wind up Victoria, 48.

He revealed: ‘I think I have a couple of things. I’ve got this [clears throat repeatedly] – she doesn’t love that! I’ve not always done it… maybe for the last 15 years!

‘There’s probably a couple of others things I do that annoy her, to be honest. I’m very clean and she’s not. As in I’m tidy!’

Gary joked: ‘She does wash though?’, to which David laughed: ‘She washes… from time to time.’

David also revealed he is a coffee aficionado, drinking black coffees when he’s in London and opting for lattes when he is staying at the family’s home in the countryside.

He explained: ‘It makes me sound a bit of a k**b! I don’t know why, but I never have a latte in London and I never have black coffee in the countryside.’