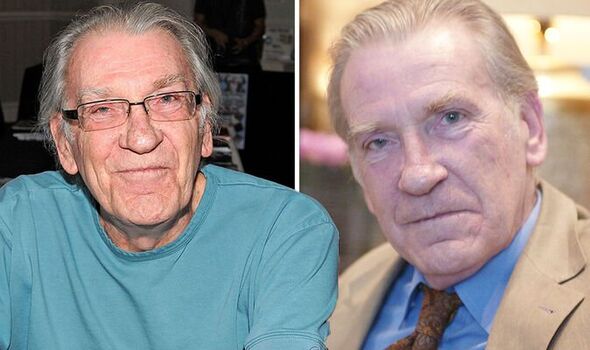 David Warner, who’s best known for a number of roles in films including Omen, Titanic, and Tron, has died at the age of 80. His family have issued a statement confirming the news of his death, adding they have been left “heartbroken”.

The British actor died on Sunday from a cancer-related illness at Denville Hall, a care home for those in the entertainment industry.

“He will be missed hugely by us, his family and friends, and remembered as a kind-hearted, generous and compassionate man, partner and father, whose legacy of extraordinary work has touched the lives of so many over the years. We are heartbroken.”

Tributes have since poured in online for the beloved actor as pals and fans alike offered their condelences.

Director Edgar Wright penned: “Very sad to hear of David Warner’s passing, an actor with a huge legacy on stage & screen and unforgettable roles in; Morgan: A Suitable Case For Treatment, Straw Dogs, From Beyond The Grave, The Omen, Time After Time, Time Bandits, Tron, Titanic and much more. He will be missed.”

Toby Hadoke wrote: “David Warner has died. Absolutely my favourite actor as a young, aspiring actor: his ability to convey glassy fragility or cold amorality without doing anything facially was a true acting gift. I’m so proud that I later had the pleasure of working with & knowing him. RIP sir.”

Matt Bevan added: “Heartbreaking to hear that David Warner has passed away; a legend of film and television.”