Dolly Parton’s multifaceted talent has brought her success in music, film, and theme parks. From this position of accomplishment, she’s happy to share her opinions on others in her industries, including directors, actors, and screenwriters. She also once shared her all-time favorite film and the type of subject matter she usually enjoys watching onscreen.

Dolly Parton expanded her career to movies with ‘9 to 5’

Though she spent years onscreen on The Porter Wagoner Show, Dolly Parton made her acting debut in 9 to 5. Though she was nervous about appearing onscreen, she said that the cast and crew helped quell her doubts.

“Jane said, ‘Don’t worry about acting,’” Parton wrote in her book Dolly Parton, Songteller: My Life in Lyrics. “’Just be yourself. The director will tell you what to do, and you’ll learn.’ Dabney Coleman [who played Mr. Hart] taught me a lot, too. He’s a Texas guy, and we had a great connection. They all knew it was my first time in the movies, so they were all helpful. People are generous.” 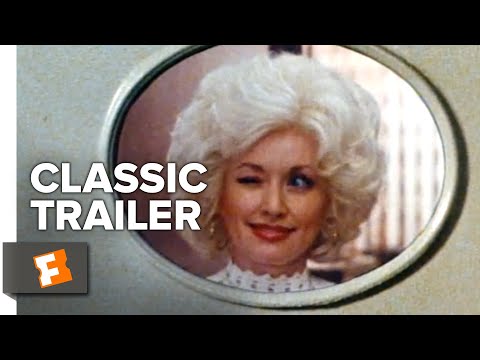 Still, she didn’t know exactly how to approach memorizing her lines. Because of this, she ended up memorizing the entire script.

“They thought that was the funniest thing they’d ever heard,” she wrote. “But it helped them, because I was feeding them lines when they didn’t remember theirs.”

She revealed her favorite film

In her infamous 1978 Playboy interview, Parton had not yet made her acting debut. Still, the thought of it was on her mind. She shared that she’d be particularly interested in working with Neil Simon.

“I was The Goodbye Girl and that’s the type of thing that I see myself in. It’s got depth, it’s a comedy, it’s got love … it just reminds me of the way I would react under the same conditions,” she said, per the book Dolly on Dolly: Interviews and Encounters with Dolly Parton. “I’m even goin’ to call my manager; it’s probably farfetched … Neil Simon may not even have an interest in me, period. But I can see myself doin’ the type of things he writes.”

On the subject of film, Parton revealed her favorite movie she’s ever seen.

“My favorite movie of all times is Doctor Zhivago,” she shared. “I’ve always liked movies with lots of production in them, especially things that were true, like The Ten Commandments.”

Her favorite movie, Doctor Zhivago, is a 1965 romantic drama set during World War I.

While reflecting on the types of films she might like to appear in, Parton said that she would never want a part that strayed too far from her true personality.

She added that she thinks her personality is bright enough to work well on camera.

For much of her career, she has stuck true to this, picking parts that let her true self shine through.