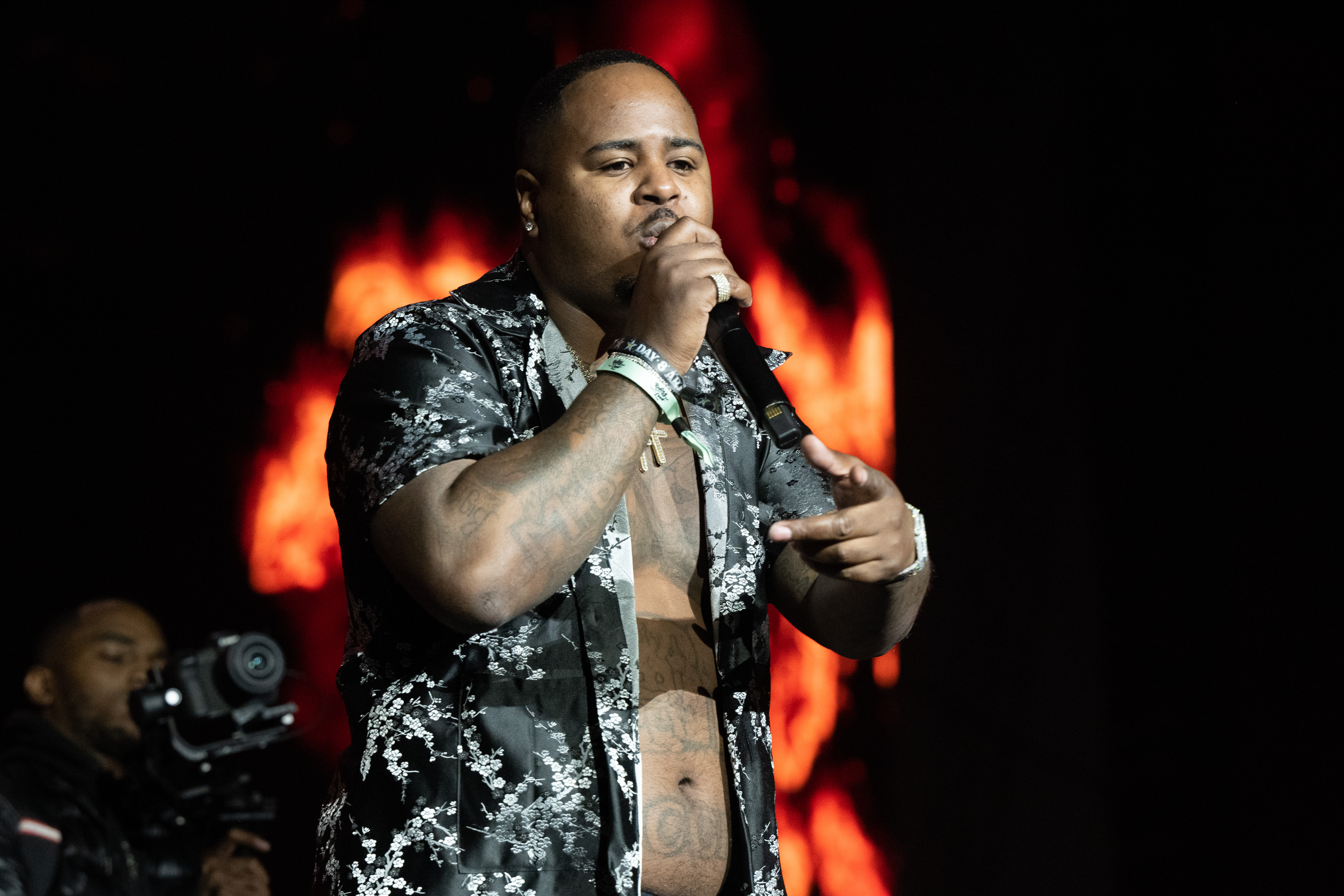 Drakeo The Ruler was allegedly stabbed at the Once Upon A Time in LA festival on Saturday, and is said to be in critical condition.

The Los Angeles music event took place at the Banc of California Stadium in Exposition Park with the line-up including Snoop Dogg, 50 Cent and Ice Cube.

However, the festival was abruptly cancelled following reports of a stabbing at around 8:40pm.

The Los Angeles Police Department tweeted: ‘There has been an incident at the Once Upon A Time in LA festival at the Banc of California. The festival has concluded early. LAPD will be in the area assisting CHP w/ the investigation.’

According to the LA Times, the Los Angeles Fire Department attended the scene after reports of a stabbing and the person was left in critical condition.

The victim was not identified officially but a source with ‘direct knowledge’ of the incident said Drakeo The Ruler had been stabbed and seriously injured after allegedly being attacked by a group of people.

Drakeo released his debut album The Truth Hurts earlier this year after releasing 10 mixtapes between 2015 and 2021.

Metro.co.uk has reached out to the LAPD for comment.