Students at a high school in London were left open-mouthed after a surprise guest appeared during their science class on Wednesday — the Duchess of Cambridge.

Kate Middleton continued her focus on the early years by meeting up with young people currently learning about neuroscience and how the first five years of a child’s life shapes the development of the brain.

On November 24, classmates at Nower Hill High School recapped their learning on the subject in front of the duchess, who appeared impressed what she had heard. “Really well done,” Kate told the students. “I completely found it interesting. It’s a real passion of mine… Learning about babies’ brains, about how our adult brains develop and how our early childhood influences the adults we become.” 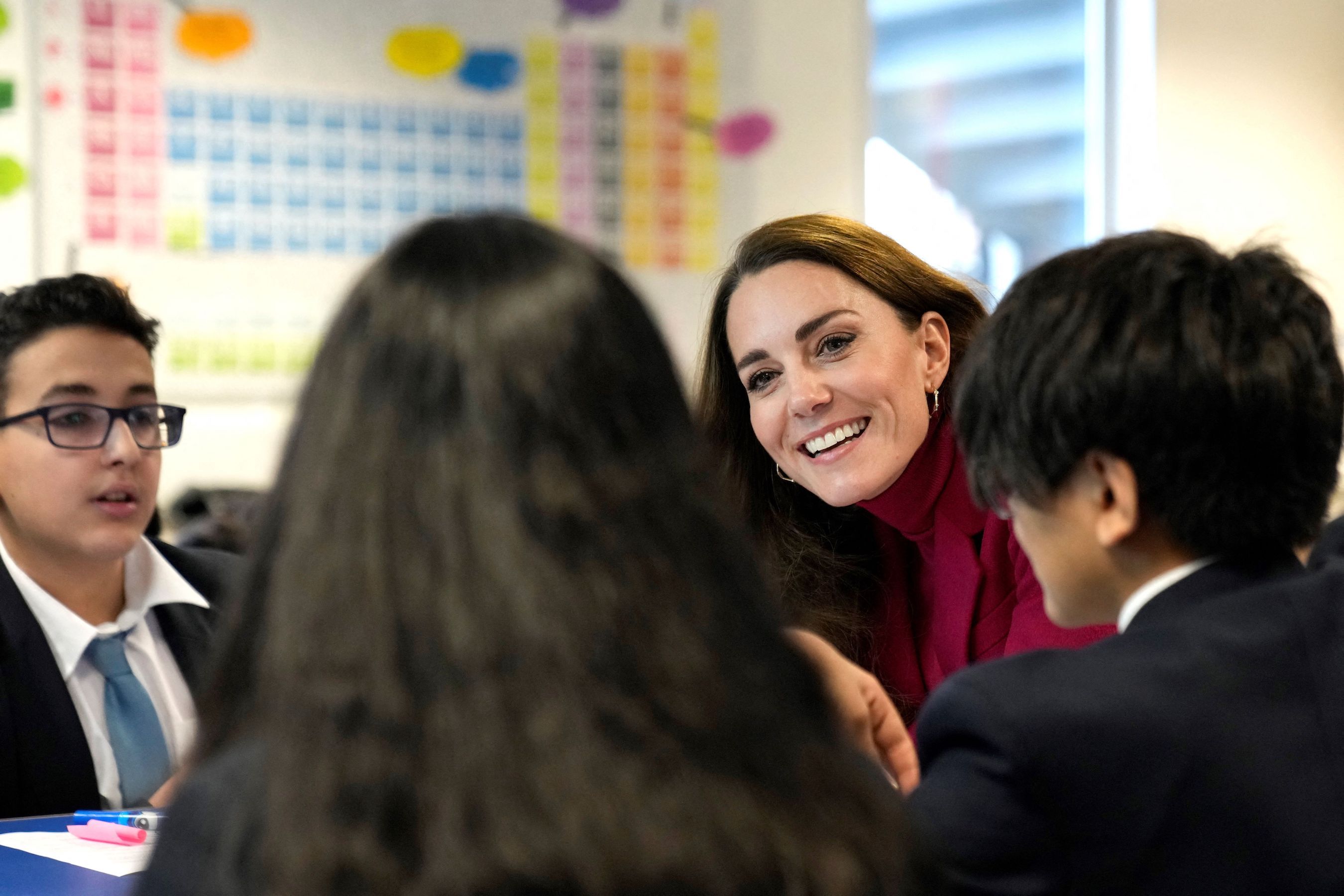 Kensington Palace say that Kate—who launched the Royal Foundation Centre for Early Childhood—was keen to visit the students after learning that it was part of a three-class research project run by Oxford University that aimed to embed the “key principles of early childhood development and neuroscience in students.”

The mom-of-three—who wore a fuchsia Hobbs coat and matching turtleneck for her visit—added, “Keep thinking about it, keep talking about it with your friends. Well done, I’m super impressed. Thank you for having me today.” 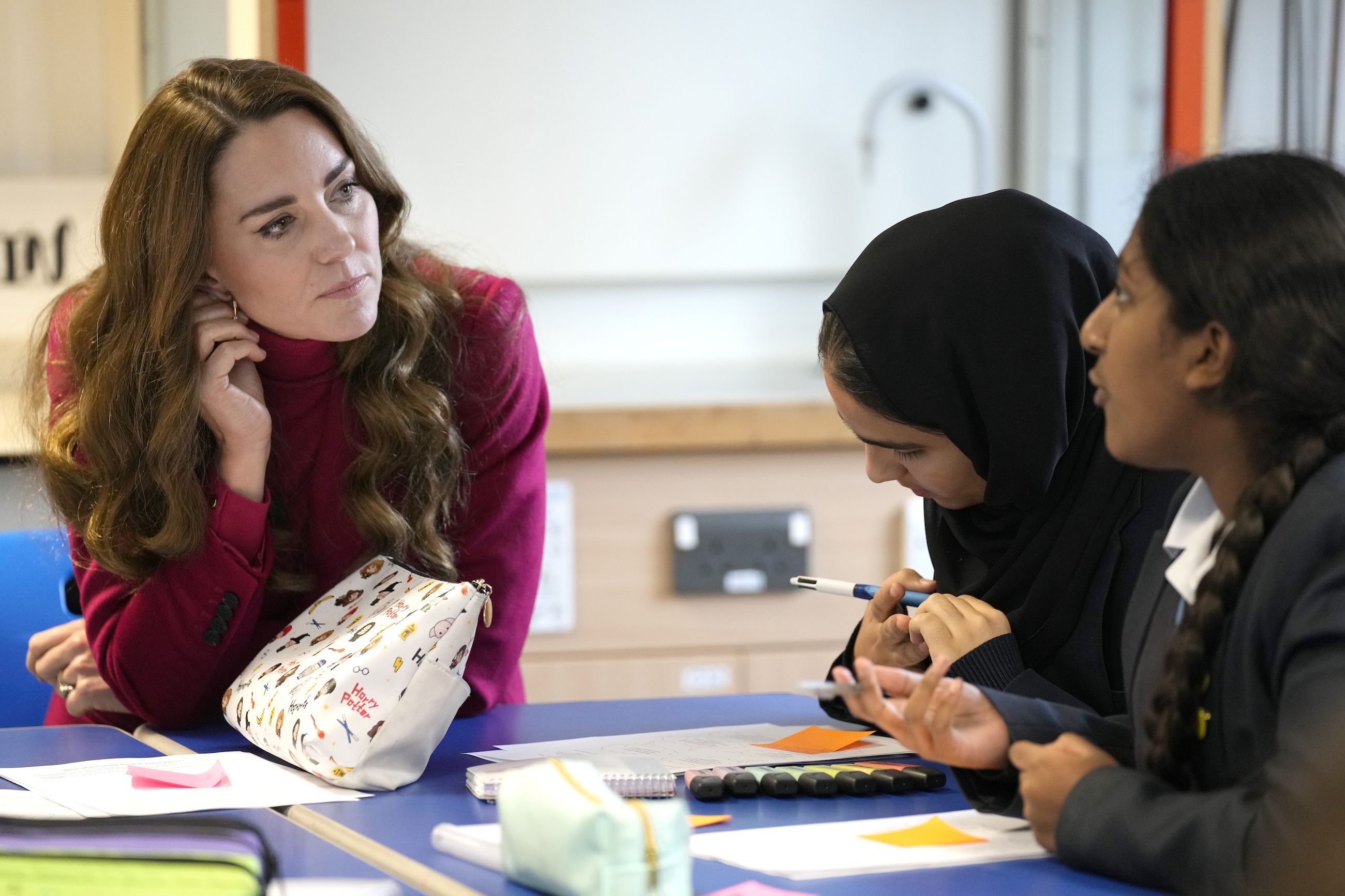 Classmates at the school in Harrow, London had been none the wiser about Kate’s visit until until less than 15 minutes before her arrival. Louise Voden, the school’s principal, later told reporters, “They were very excited to see her, and she was very interested in what they had to share.”

At the end of her time with the class, Middleton remarked that she was “super-impressed” with the knowledge she had witnessed and praised everyone for their work. Afterwards she joined a meeting of Chief Executives of Academy Trusts at Buckingham Palace who will have been briefed on the results of Oxford University’s research project. 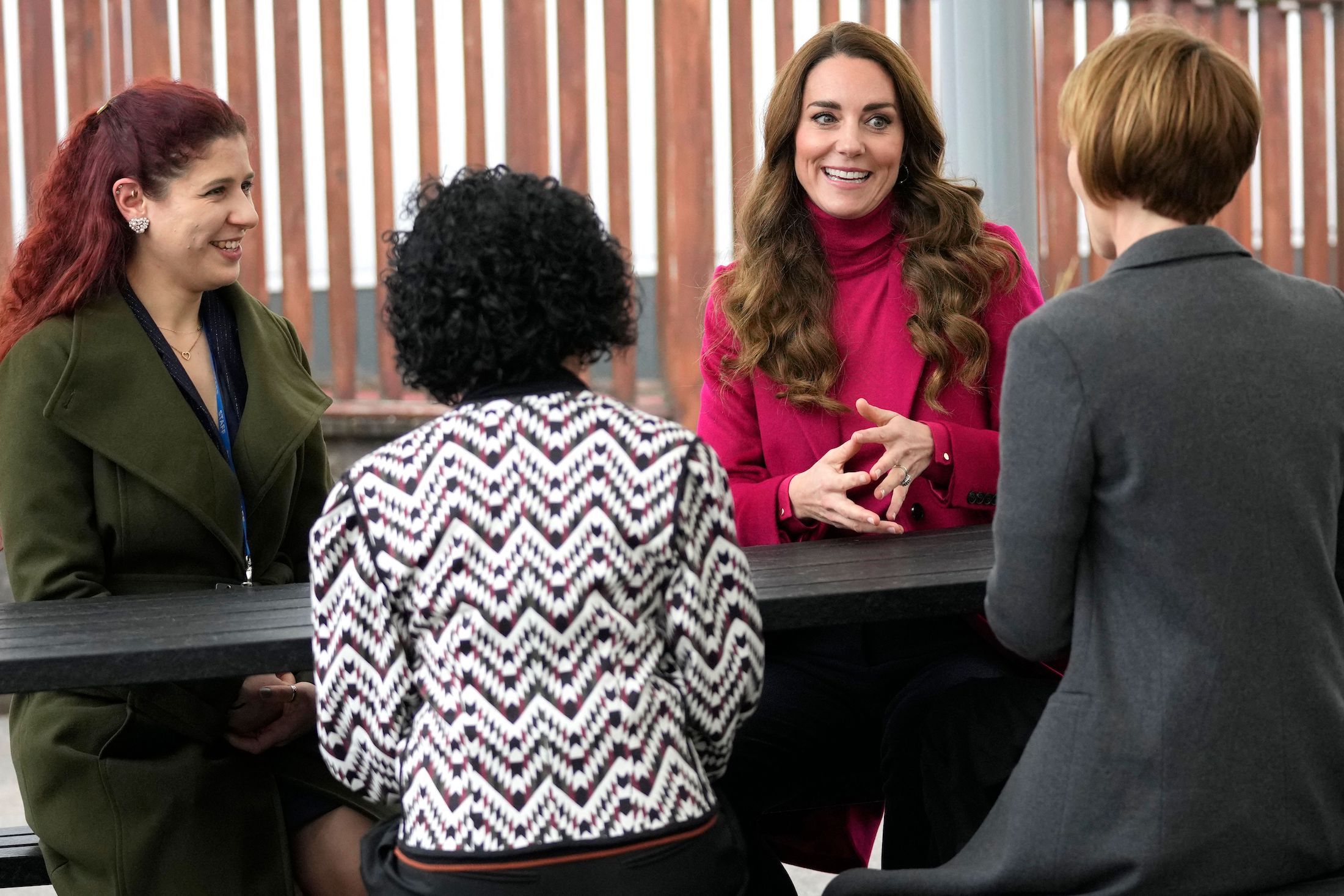 Kate has spent over 10 years focusing on how challenges such as addiction, mental health struggles, family breakdown, homelessness and suicide are often rooted in the earliest years of someone’s life. Kensington Palace added in a statement, “Through her work with The Royal Foundation Centre for Early Childhood, she is aiming to highlight how what we experience in early childhood shapes the developing brain, which is why positive relationships, environments and experiences during this period are so crucial.”