Emily Maitlis, 51, partied at private members nightclub, Tramp, for the “first time” on Thursday night. Sharing a photograph from inside the Mayfair club, fans were immediately reminded of her 2019 interview with Prince Andrew. 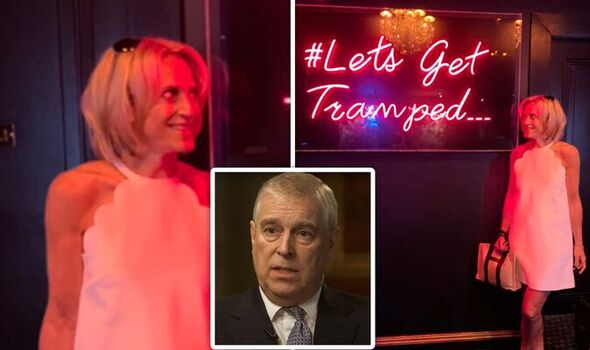 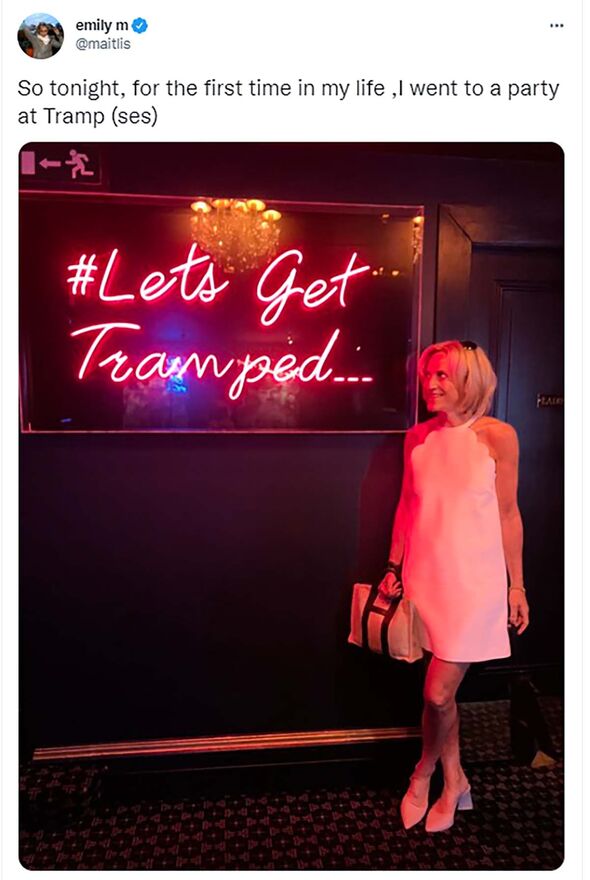 Dozens of users took to the comments to share their reaction to the outing. Jo wrote: “You look terrific Emily…but also a touch anxious!”

Others referenced some of the statements that Prince Andrew made during the interview. Daniel said: “You will remember this so specifically as this is ‘a very unusual thing’ for you to do.”

And Ian quipped: “Pizza Express before?”

Another user, named G.J, asked whether Emily was “waiting with bated breath” to see who will be playing her in the dramatization of the infamous interview. 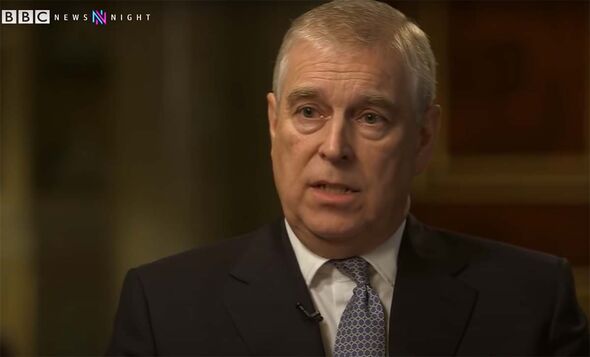 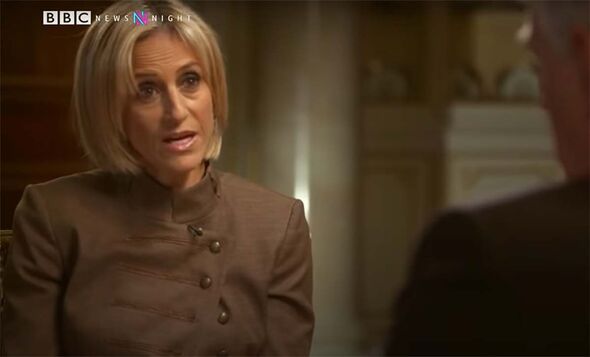 It was announced on Thursday that the BBC interview will be turned into a movie called Scoop, which will shine a light on how Newsnight secured the interview as well as the filming of it.

It had initially been reported by Deadline that Hugh Grant was among actors “in the frame” to play Prince Andrew.

However, Hugh has since taken to Twitter to say he is “not” playing the royal and that he has “never heard of” the upcoming feature film.

It will be based on the book, Scoops: Behind the Scenes of the BBC’s Most Shocking Interviews, by former Newsnight presenter Sam McAlister.

Ms McAlister confirmed the news on Twitter and said she “can’t breathe with excitement”.

Speaking to Express.co.uk, the producer said watching it unfold was an “astonishing” experience.

She recalled: “I mean even now we’re talking about it and I was physically there… I still can’t really believe it happened. I was 15 feet behind his chair.

“Hearing the answers that he gave, each one worse than the last, was really an extraordinary experience that it’s still hard to believe actually happened. It was an astonishing experience.”

It comes after Emily left Newsnight and quit the BBC after 20 years back in February.

The broadcaster confirmed last week that Victoria Derbyshire will step in as her replacement.

She will join the show permanently in September and said she is “delighted” to have secured the job.

Victoria said in a statement: “This is a special opportunity to take on one of the best jobs in British journalism and help shape the programme’s future.

“I can’t wait to champion more stories about people’s lives while holding those who represent them to account.”