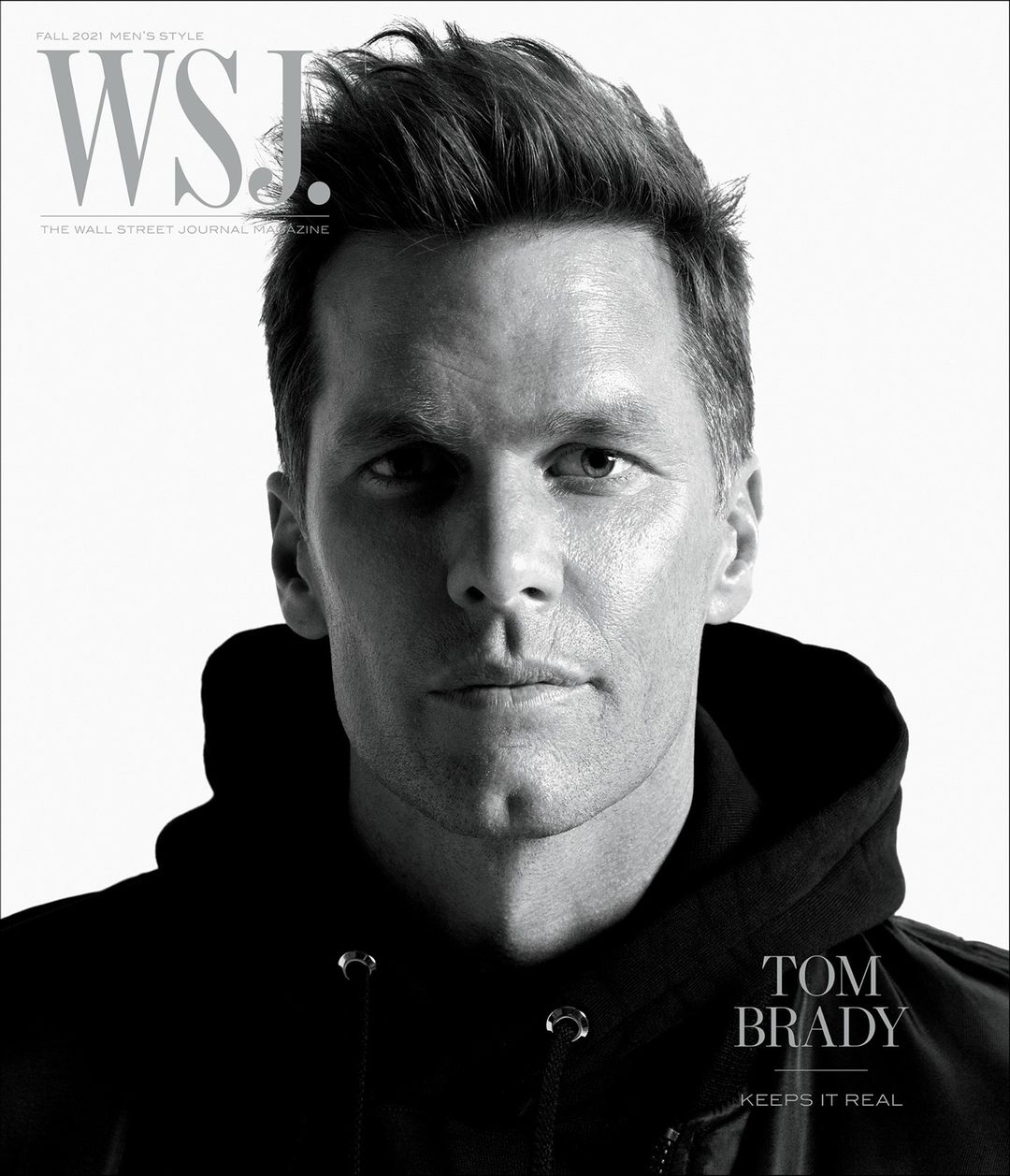 Tom Brady covered a recent issue of WSJ. Magazine. The editorial is shockingly good! Tom had some strange years where his hair was a wreck and there was something weird going on with his face, like he’d suddenly lost too much weight or something. But now he looks so much better. Weirdly, being in Florida has given him a new lease on life. He seems happier, he seems more motivated, he even seems friendlier and warmer. That’s what this WSJ. Magazine interview is about too: Florida Man Tom Brady is at peace with himself and his life. Some highlights:

On the move to Florida: “I feel like I’m just coming back to life in a certain way.”

On Gisele Bündchen’s personal style: “She’s pretty good.She’s obviously got incredible taste. In the end, I think she’s very much a hippie. She’d just prefer to wear, like, a simple little dress in 80-degree weather and, you know, just chill out.”

On owning a boat: “I literally said, ‘I’ll never own a boat in my life. Never. Who likes boats?’ ” Brady tells me. Now he sees a side benefit of nautical life: enforced family time. “No one can go anywhere. They’re captive. I almost want to put my kids on the boat like, ‘You’re hanging with us—that’s how it’s going to go.’”

How he was a “company man” with the Patriots: “When you’re an employee of a company…you kind of take on the voice of what that company is,” Brady explains. I get it. Still, I tell Brady that what he said on The Shop—the line about “90 percent of what I say is probably not what I’m thinking”—made me a little sad. “It is a little sad. It’s a little sad because it’s…a challenging thing to do, you know? What you say and what you believe might be two different things. But part of it is: You’re in a team. When you’re in a team, it is not necessarily always what you think. It is kind of what ‘we’ think…. I’ve been a little bit trained to say, you know, this is what ‘we’ think.”

Seriously, how long will he play? “Beyond that, I don’t know. Maybe it’s another year after that; maybe it’s two. I’ll have to see where I’m at with my family. That’s probably the overriding factor—what I’m missing out on.”

I guess Tom is trying to say that when he was with the Patriots, he felt he needed to cozy up to Republicans because Robert Kraft and Bill Belichick were/are such big Republicans and Trump supporters. But now that he’s in Florida, he feels free to vibe with Joe Biden (as he did a few months ago). If that’s the way he felt in Boston, then I understand a little bit better about why he chose not to say much of anything when people (myself included) were calling him a MAGA douche. I mean, he still could have handled that better, but I get it. Also: the part about boats was cute.