This Morning: Holly tells Gok Wan to 'get out the kitchen'

And there’s no stopping the presenter, who is not only feeling fitter and healthier than ever before, but also accepts he can’t achieve everything in life. Smiling, Gok – who has spent the last 15 years making hundreds of women feel better about themselves with style advice on his iconic How to Look Good Naked series – confides today that rather than have a bucket list of goals he still wants to achieve, he is in reverse mode. “I am a massive realist and I am of that age now where I have started for the first time to think about things I won’t ever do,” confides Gok, who is openly gay. “Of course, if I had wanted to have children, there are ways of doing it.

“But at the age of 47, which I will be this year, I think the chances are probably closer to no than they are yes, right now.

“I had also wanted to see if I could do some formal education and get an academic skill, but I’ve got commitments with my life, my friends, family, and have I got the energy and time to do that now? It would mean sacrificing things that are too important to me.

“It’s almost like a reverse bucket list! But it’s not a disaster because I love my life. I have the best life and I am really happy about who I am as a person which is a stage I never thought I would get to when I was younger.”

Indeed, Gok has been very open in the past about his childhood growing up in Leicester with English mum Myra and Chinese dad John, who emigrated to England from Hong Kong at 16. Topping the scales at 21 stone in his teenage years, he has talked movingly about how he was persecuted not only over his size but also the fact he was tall, gay and mixed-race.

Given that he endured so much bullying over his colour, how does he feel about a recent Government-commissioned report that concluded Britain is not institutionally racist? “There is a huge amount that needs doing around the world globally,” he replies.

“I have got my own stuff that I went through as a kid and as an adult as well and with all the Black Lives Matter stuff that has happened, I have made it my mission to learn more. I only know my personal experiences. I want to find out about other people’s.” 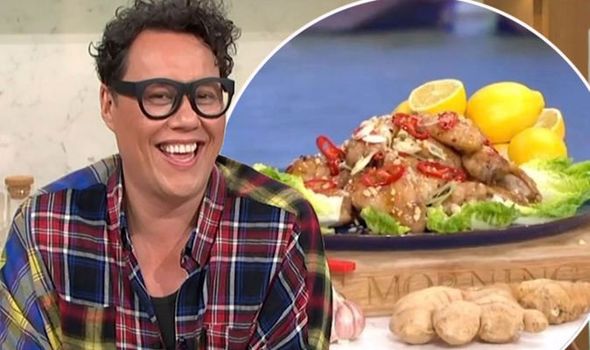 He adds that until he has fully investigated what organisations are doing to stamp out racism, he doesn’t want to put his head above the public parapet when it comes to such a sensitive issue.

“I want to learn more about racism, institutionalised racism and how it affects us,” he continues. “And I am still processing everything but it’s massively part of my agenda.”

Yet, as he also points out, his own experiences as a child were very different to those outlined in the report, which suggested most ethnic minority groups, especially Asian ones, performed better at school than working class white children.

“He has certainly learned a ad no lot during lockdown. Readily admitting he hated his freedom being taken away, Gok, who has always kept private whether he has a partner or not, laughs as he says he decided to turn lockdown on its head by learning a new skill – going from a couch potato to running 5k comfortably.

“I hated lockdown,” he explains. “I have hated being apart from my friends and family and I have hated my freedom being taken away. 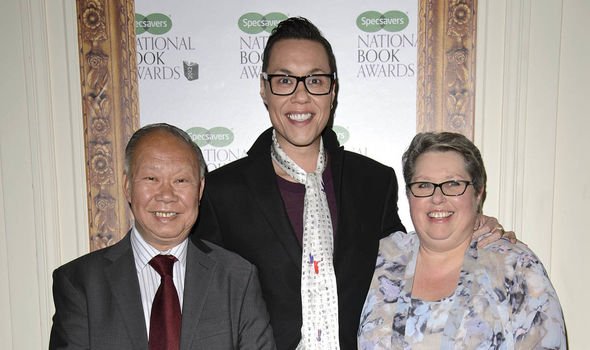 “When this latest lockdown hit, I knew I had to do something in the dark winter months and I decided to do the ‘couch potato to 5k’ programme. Running definitely helped me through the situation.

“I’ve made myself go out in the cold and it’s been amazing for my mental health.”

Looking healthy and relaxed, Gok reveals that aside from feeling good about himself, he has shed weight. “I don’t know how much I have lost because I don’t weigh myself but I can tell by my clothes how I feel,” he says. “I have lost weight.

“But it wasn’t about losing weight when I took up the running as that would be dangerous for me because of my eating disorder that I still live with, but I am definitely fitter and healthier. My bum has lifted for the first time in my life too!”

Roaring with laughter, he says he has deliberately shared updates with his 2.3 millions followers on Twitter and Instagram to prevent him from quitting.

“Whether it is [This Morning presenter] Ruth Langsford or the wonderful members of the general public, if I feel they have started running because of me, it means I can’t stop!” he says, smiling.

“I wear a lot of accessories when I am out running and I am like a Christmas tree but I do genuinely want to run for the rest of my life!”

Next week, Gok – who is also a regular guest chef on This Morning – is presenting his second Asian Street Food series on Discovery’s Food Network. Each week, he will be sharing how to make his favourite recipes.

He filmed the programme at his London home because of Covid restrictions but he says he now realises that was a blessing in disguise.

“It’s such a gorgeous show,” explains the enthusiastic star. “I do tell stories about my family and I probably open up more than I have ever done in my career. When you are dressing a woman on the fashion programmes, she is the leading lady. When it comes to East Asia, I have to go front of stage.

‘I know weight but my lifted for time “But it’s been fun and now if we do a third series, I don’t want to be back in the studio with 24 crew members (like there was pre-Covid). I want it to be the four of us like it was for this series and basically a food youth club!”

Given Gok is most famous for helping women overhaul their wardrobes with his brilliant style advice, does he want to ditch the makeovers for more TV cooking in the future? “No I like them both,” he replies. “I am in a fortunate position where the audience allows me to do food or fashion.

“At the very centre of what I do is service – providing body confidence style tips, cooking easy Asian meals or even DJing. I want to help people feel happy.” 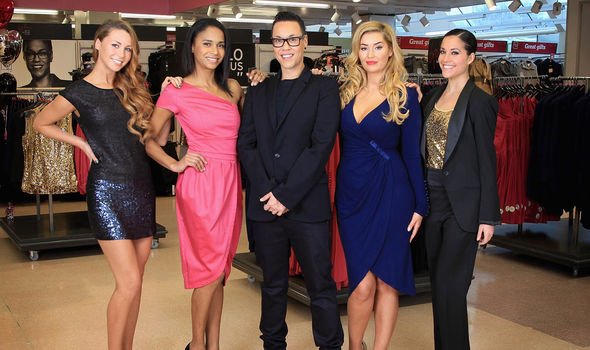 After suffering so many body issues in the past, it’s heart-warming hearing Gok chat excitedly today about his life. Content and in a good place, he admits, however, he has to work hard to maintain his newly found happy equilibrium. In fact, he doesn’t stop.

“I am obsessed with improving every single day on what I do,” he says. “It’s a never-ending journey. I have spoken very honestly about my mental health, anorexia and anxiety and I am definitely on the same journey as everyone else. It’s not easy and I don’t wake up and everything is fixed. I have to work as hard as everyone else.”

He smiles and then adds: “But I have no regrets. How you look, your flaws, your smile, and your weight – none of that really matters. It’s about how you conduct your life – your ethics, politics and morals. It’s about treating people genuinely how you want to be treated and it’s about trusting your own opinions and beliefs.”

A self-confessed realist, Gok does not want to dwell on negatives anymore.

“I have a really weird relationship with age,” he adds. “I don’t have a fear of death, which might sound a bit odd if you worry about getting older and you fear time is running out. But my dad and I live in the moment. We harness and embrace what is happening now and I’ve never worried about getting older. I am in the luckiest position.”

He pauses and then with a huge grin, Gok adds: “I really quite like me. I am a good person!”

• Gok Wan’s Easy Asian is on Mondays from May 31, at 7pm on Food Network and available on discovery+