Halley Bailey will not tolerate shade of her sister Chloe! The singer responded to a fan who said people were ‘overhyping’ her sibling.

Halle Bailey had a pointed response to a fan who subtly shaded her sister Chloe. When a Twitter user tweeted earlier this week that Chloe, 23, “is cute” but overhyped, Halle, 21, promptly stepped in and cautioned: “girl let’s not start,” with a series of angel and shush emojis.

“I feel like Chloe Bailey is cute but y’all be overhyping shawty,” the original tweet read. “girl let’s not start,” Halle replied with a retweet on Tuesday, July 27. “be blessed!! God loves you too!!!”

The sisters, who make up the Grammy-nominated R&B group Chloe x Halle, clearly always have each other’s backs. In their joint cover story for Cosmopolitan last September, Halle said her sister’s support helped her achieve confidence to play Princess Ariel in the upcoming The Little Mermaid live-action remake. “Whenever we’re apart, I feel like my right arm is missing,” Halle told the magazine. “I say this all the time: I’m not sure what I would do if I was by myself going through this whole thing.” 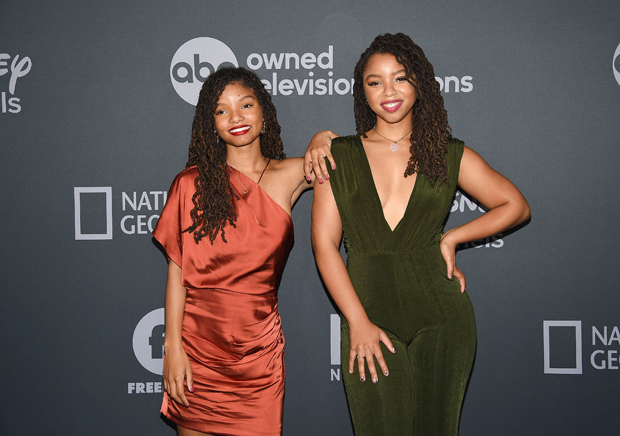 The duo revealed that Chloe even briefly moved to the United Kingdom to be with her sister for production prior to the COVID-19 shutdown’s halt on TV and films. “Whenever individual opportunities come, it’s exciting because when one of us wins, the other one does too,” Halle said. At the 2021 BET Awards last month, Chloe gushed about her sister and said she missed her “every single day” amidst filming.

“She is overseas killing it and I’m just so proud of her,” Chloe told Entertainment Tonight on the red carpet. “She’s doing her thing over there and I’m doing my thing over here and I can’t wait to come back together.” Adding that she is “more than proud” to see her sister assume the role of the princess, Chloe added, “She is so beautiful every time we FaceTime, I get chills. She will always be my little mermaid.”

A word of caution: don’t even start on Halle’s little mermaid.