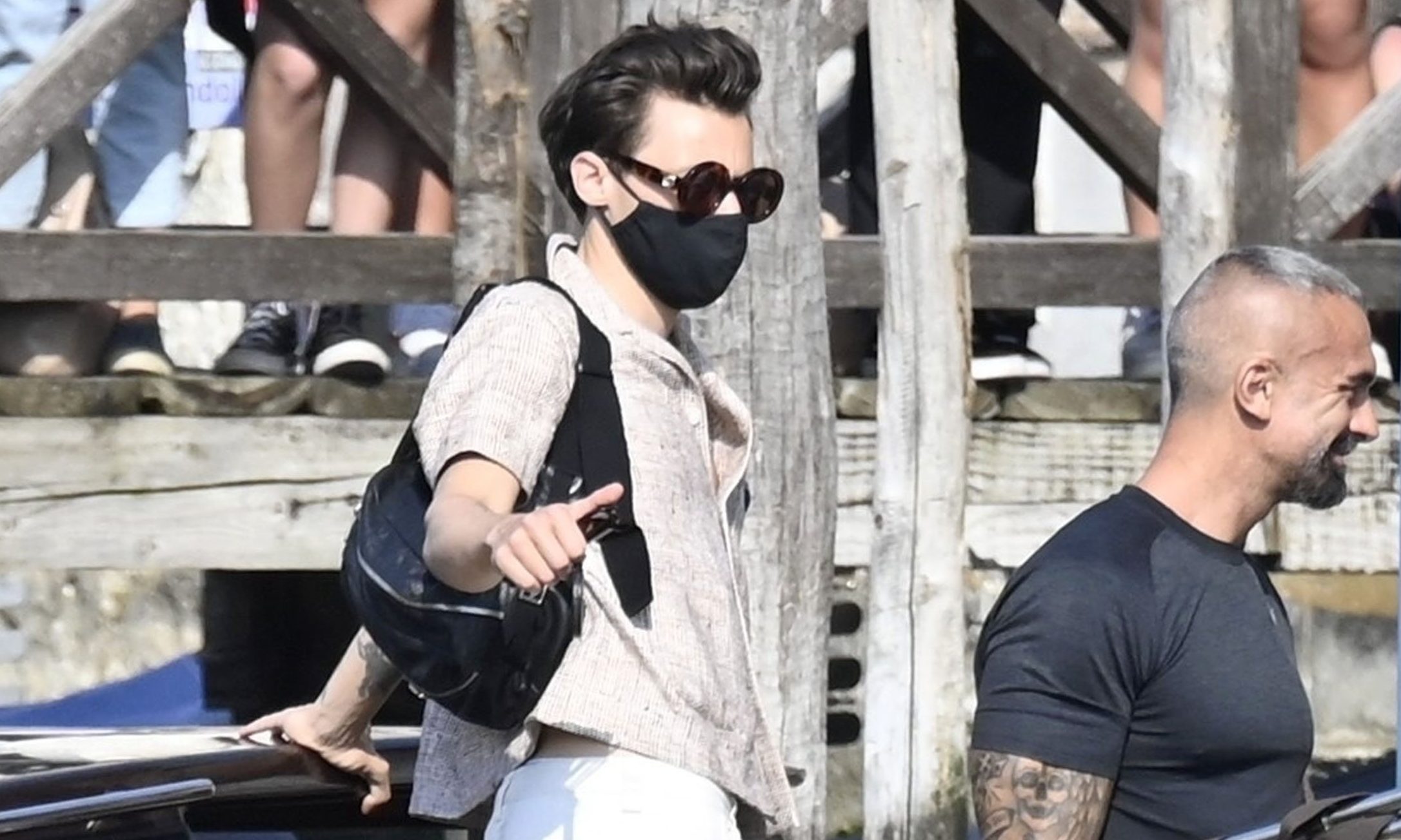 Harry Styles soundtracked the summer last year with Watermelon Sugar, and he’s contuing his reign as the king of the season with his summer style.

The 27-year-old is in Venice, filming scenes for the upcoming drama My Policeman, and was seen arriving at his hotel via water taxi.

While there was a large of group of fans with their phones out, greeting the Grammy Award winner, our attention was almost stolen by the little black bag worn on Harry’s shoulder.

Any holidaymaker knows how important it is to have plenty of compartments available for the essentials (wallet, key card, suncream), so we’re glad Harry came prepared with his teeny shoulder bag.

The One Direction star was also armed with a brown leather hold-all and a Gucci suitcase, and wore a chic cropped shirt with beige trousers and a pair of statement round tortoiseshell sunglasses.

After waving at fans, Harry was seen carrying his own luggage off the water taxi.

Harry’s co-star David Dawson was also pictured in Venice, and it is believed that their characters Tom and Patrick have a getaway to the romantic city in a key part of My Policeman’s storyline.

In the film adaptation of the book of the same name by Bethan Roberts, Harry plays Tom, a gay policeman who becomes caught in a love triangle between his wife Marion, played by Emma Corrin, and museum curator Patrick (Dawson).

The majority of the film takes place in Brighton, with Harry and Emma pictured filming on location.

It’s been a busy year already for Harry, who wrapped filming another movie role in Don’t Worry Darling in February.

The star replaced Shia LaBeouf in the thriller as Jack, and stars alongside Florence Pugh, Chris Pine, Gemma Chan and director Olivia Wilde.

The film was not only important as Harry’s second film role, following 2017’s Dunkirk, but marked the place where he met Olivia, 37, who he is believed to be dating.

The pair spent time together in London while Harry began his new project, and Olivia spent time with her children as they visited their father and her ex Jason Sudeikis – who was in the UK to film season two of Ted Lasso.