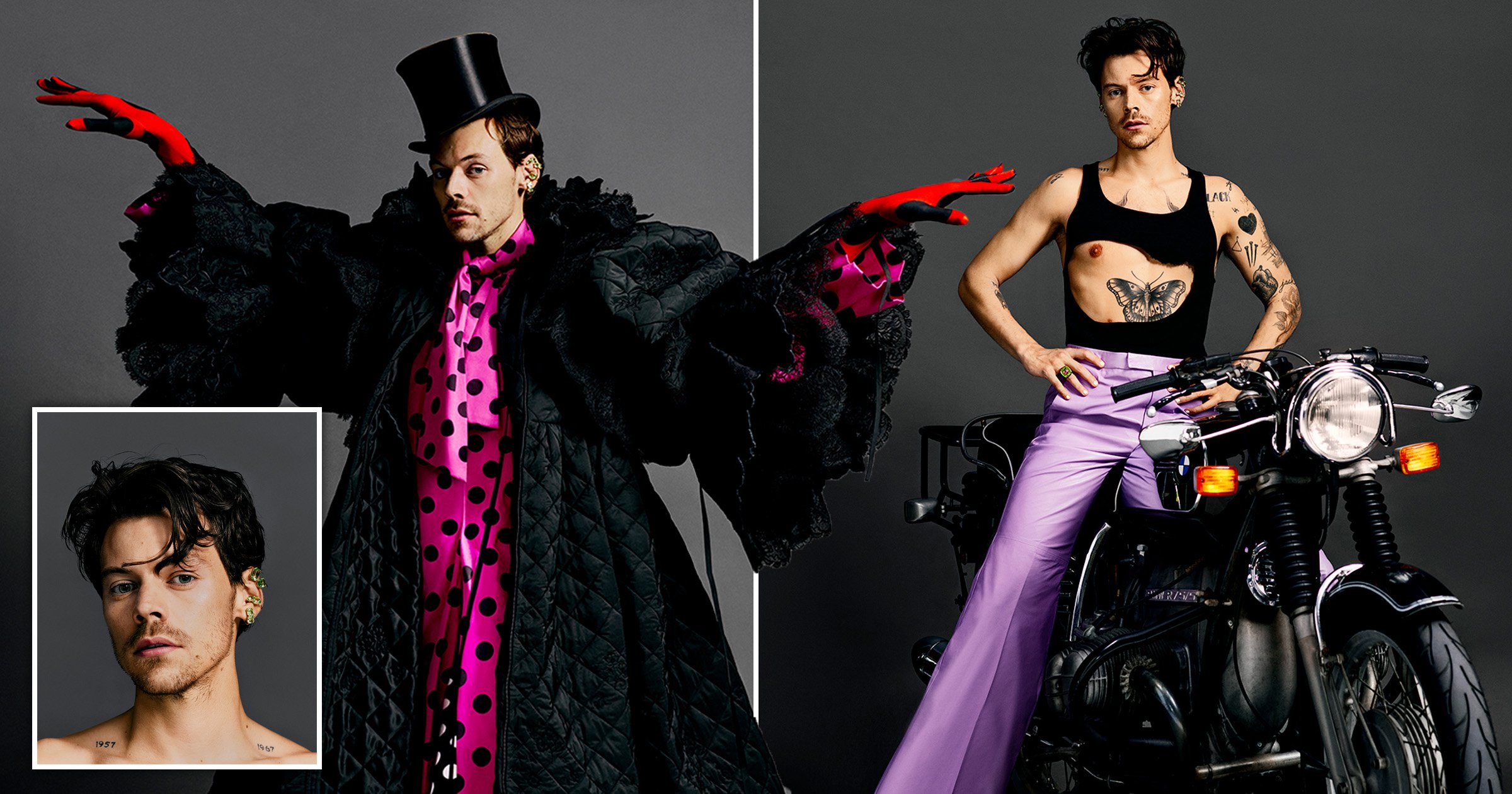 Harry Styles is, naturally, completely owning it as Dazed’s Winter 2021 cover star, in all manner of avant-garde fashion choices, from netting and lace to top hats and spots, corsetry and lilac flares – and would we expect anything less?

Luckily for us all, the 27-year-old Worcestershire native is also here to give his fans even more as he talked for the first time about his new venture, a beauty line called Pleasing.

Putting beauty, naked ambition, collaboration and sustainability front and centre, the performer opened up about the personal nature of his new endeavour and its first nail-based release.

Speaking to Dazed, he explained: ‘It’s starting with nail polish, because that was kind of the birth of what it was for. Me seeing a colour on a flower or a wallpaper or something and thinking, ‘Oh, I wanna put that on my nails.’ It was a fun little project, but during the pandemic, and when we eventually named it Pleasing, it felt like it was so much more than nail polish.’

Describing how finding pleasure in ‘little moments’ inspired the brand, from sitting ‘under the stars’ to ‘a bite of food’, he continued: ‘It’s always those moments that I find have the longest-lasting effect on me, in terms of sparking something wonderful in me. I really think that the essence of Pleasing is finding those little moments of joy and showing them to people.’

The Watermelon Sugar singer also declared that beauty for him is connected to happiness, rather than looking good.

‘I don’t think being beautiful or feeling beautiful is about looking good,’ he said. ‘When people are happy and glowing, they’re radiating. And that’s what I think the products do, it’s about helping you feel beautiful.’

We’re going to go ahead and assume Harry was extremely happy during this photo shoot – certainly here.

And did we mention here yet, either? Dramatic black quilting is certainly Harry’s vibe, as are those black and white polka dot tights.

The star also revealed that he feels at his most beautiful internally when he’s ‘finished meditating or something’, or when he’s asleep (relatable).

The former One Direction member is busy carving out a successful acting career for himself, with a major role in the Marvel Cinematic Universe recently announced, via Eternals, and upcoming productions including 1950s film Don’t Worry Darling, opposite Florence Pugh, and My Policeman, where he’ll play a gay police officer.

He was also celebrated at Halloween for dressing up as Dorothy from MGM’s classic 1939 musical The Wizard of Oz, as he belted out Somewhere Over the Rainbow during his New York ‘Harryween’ concerts.

Perhaps unsurprisingly, he shared with the publication: ‘I have unlocked an ability to be myself completely, unapologetically.’

Explaining how that worked from a songwriting perspective, he continued: ‘I started only listening to classical music because it felt like it gave me a blank canvas to work from. So I wasn’t hearing things I would then be referencing. I think that so much creativity comes from my boredom and giving myself the chance not to be distracted by things.

The Dazed Winter 2021 issue is on sale globally from Thursday 25 November.