Jennifer Lopez’s son inspired her to speak out about important topics. The 51-year-old singer covers the February issue of Elle, and, in the accompanying interview, reveals how 12-year-old Max made sure she made a difference.

“He wanted me to make sure I realized that I had power and that I should use it,” she says of Max, who began encouraging his mom to speak out amid the Black Lives Matter movement. “I thought that was very insightful. It was one of those parenting moments when you’re like, ‘Oh, maybe I’m raising a conscientious, kind, loving kid here.'”

Lopez, Max, and his twin, Emme, all made signs and attended protests over the summer.

“I’m not used to being in big crowds like that, but it felt very empowering, and it was great to see so many young people out there, really young people,” Lopez says. “I don’t think it should ever be looked at as anything except trying to make things better, trying to make sure that people don’t get hurt, that people are treated fairly.” 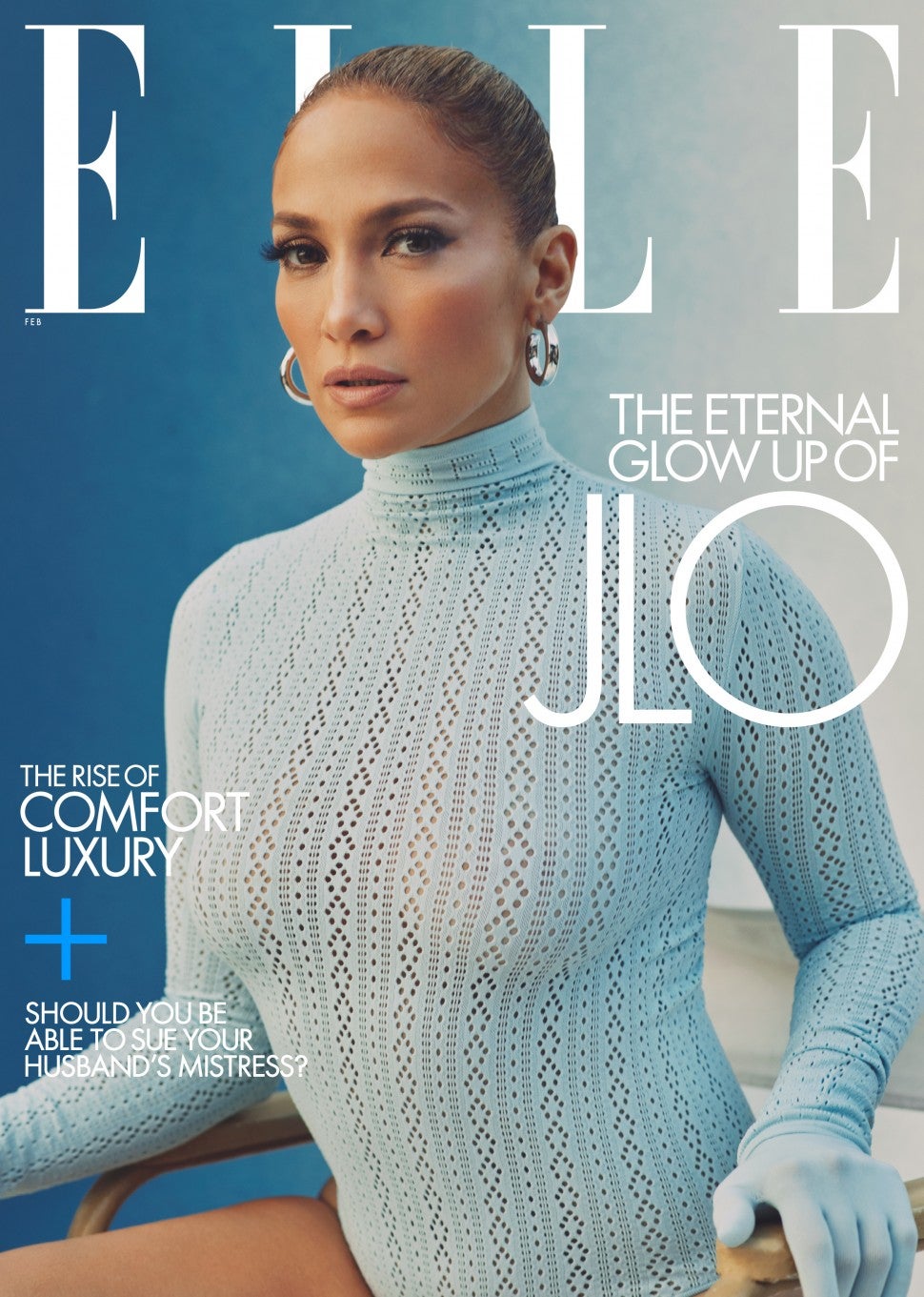 In addition to supporting the Black Lives Matter movement, Lopez has been vocal about supporting Puerto Rico, the country where her parents were born. In fact, during her Super Bowl performance last year, Lopez wore both American and Puerto Rican flags as her daughter sang “Born in the U.S.A.”

“I feel like sometimes people act like it’s not our country, too. It was very important to me to put in ‘Born in the U.S.A.’ and have my daughter sing it, because she was [born here] and I was, too,” Lopez explains. “My mom came here. She was not born here; she was born in Puerto Rico, and [my parents] moved to New York. We are proud Puerto Ricans and Latinos, but we’re proud Americans, too.”

The reveal of Lopez wearing the Puerto Rican flag was kept secret until “the last minute” because she “didn’t want anybody to tell me that I couldn’t do it.”

“Everybody in the show knew it, but when I opened it up, I was just literally opening it up to the world,” she says. “I [told designer] Donatella Versace, ‘I want to be an American flag because I’m going to be singing “Born in the U.S.A.” with my daughter, but when I open it up, I want them to know that my heart and soul is Puerto Rican.'”

As for when she’ll finally tie the knot with Alex Rodriguez, something the couple was supposed to do last year but had to cancel due to COVID-19, Lopez admits that it’s all up in the air.

“We postponed the wedding twice. We had planned what we really, really wanted to do, [but] I don’t know if we’ll be able to re-create that. We canceled it, and since then we haven’t really talked about it,” she says. “There’s no rush. We want to do it right when we can do it. We just have to wait to see where the world lands.”