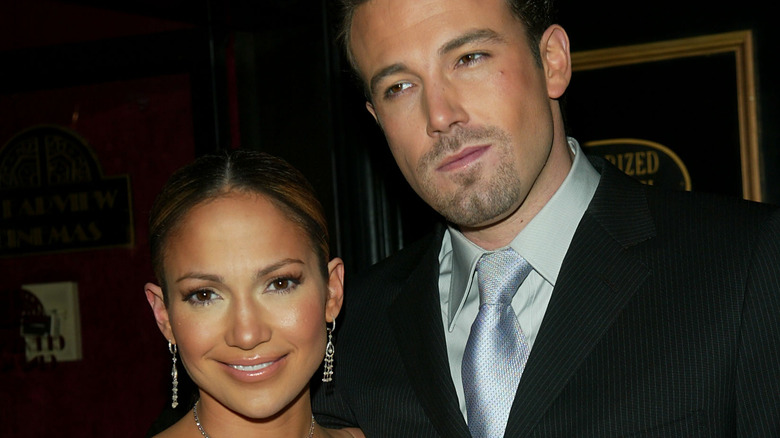 News of Jennifer Lopez and Ben Affleck’s romantic reunion back in late April shocked many fans. The couple, who originally dated in the early 2000s before calling off their engagement in January 2004, seems to be going strong the second time around (via Marie Claire). “Bennifer” as the media calls the pair, is said to be happily planning their future together. People sources reveal that the couple are head over heels in love and are “the loves of each other’s lives.”

“They want to do everything they can to make this work,” an insider told the outlet, adding that Affleck is “very happy” and that Lopez is “wonderful for him.” Things are even said to be going well between the couple’s children. The informant reveals that Lopez’s twins, Max and Emme, whom she shares with ex-husband Marc Anthony, are “slowly getting to know” Affleck and that “everything seems to be running smoothly” as the couple look for a house in L.A. The kids are said to be “on board” with moving to L.A., but will also continue to go back and forth to Miami with their father.

Just days before Lopez and Affleck’s reunion, the “Hustlers” star ended her engagement to former baseball player Alex Rodriguez. She and Affleck quickly reunited, and Lopez is said to be over the moon about the coupling. “[Jennifer] believes that it just wasn’t meant to be then and feels like they’ve been given a second chance,” the source added.

Ben and Jen aren't ready for marriage just yet 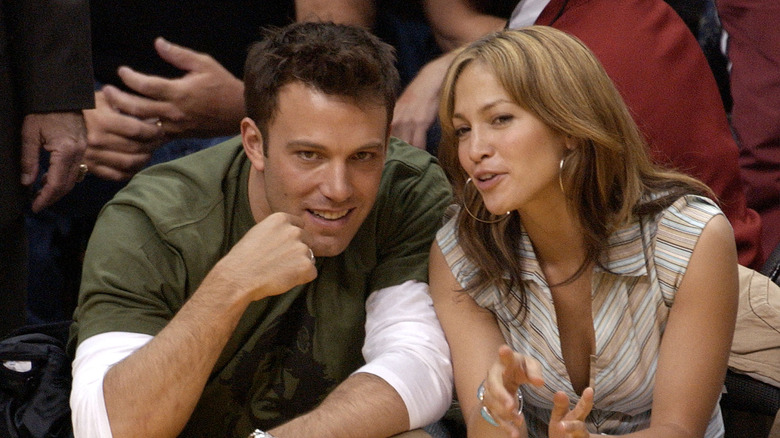 E! News reports that Jennifer Lopez and Ben Affleck’s romance may be heating up, but that doesn’t mean they’re ready to take the next steps with an engagement or marriage just yet. The couple, who were previously engaged before calling it quits over 15 years ago, reportedly aren’t in any rush to walk down the aisle together. Sources say that their motto is very much, “If it ain’t broke, don’t fix it” when it comes to their newly rekindled relationship. The insider also revealed that “Bennifer” are “completely on the same page” when it comes to not getting engaged too quickly. “They have been meshing their lives and families and don’t feel the need to get engaged yet or even tie the knot. They have both been there and don’t feel it’s necessary,” the source added.

Currently, both Affleck and Lopez are said to be feeling “very secure” in the relationship. “Ben worships her. It’s truly meant to be and everyone around them thinks they are a perfect match,” the insider dished.

Meanwhile, JLo has been opening up about how happy she is while promoting her new music. “I’m super happy. I know people are always wondering, ‘How are you? What’s going on? Are you okay?’ This is it. I’ve never been better. I just want everybody to know that it’s the best time. It’s the best time of my life,” the “Waiting For Tonight” singer told Zane Lowe on Apple Music 1 (via E! News).