The Russian-born model is pictured sharing laughs with and hugging the ‘Ted Lasso’ actor while dining out with their mutual friends at the Hunt and Fish Club in Midtown, Manhattan.

AceShowbiz – Irina Shayk hung out with Jason Sudeikis amid Kanye West dating rumors. The model and the actor/comedian were spotted having a blast during a celebratory dinner at the Hunt & Fish Club in the Midtown neighborhood of Manhattan on Tuesday, July 20.

Photographed outside the high-end steakhouse, the 35-year-old stood beside Jason as they got chummy. They were seen laughing while chatting with some friends, before sharing a hug. The two were joined by his “Ted Lasso” co-stars Hannah Waddingham and Brett Goldstein, who later left the dinner together arm-in-arm.

For the outing, Irina was chic in an all-black outfit that included a curve-hugging black dress and knee-high boots. She carried a black purse on her shoulder and wore a cross necklace with minimal makeup.

As for Jason, he wore a colorful sweater and a hat, with his reading glasses being slipped into his collar. He reportedly came to the restaurant straight from the Ed Sullivan Theater, where he taped his appearance on “The Late Show with Stephen Colbert“. 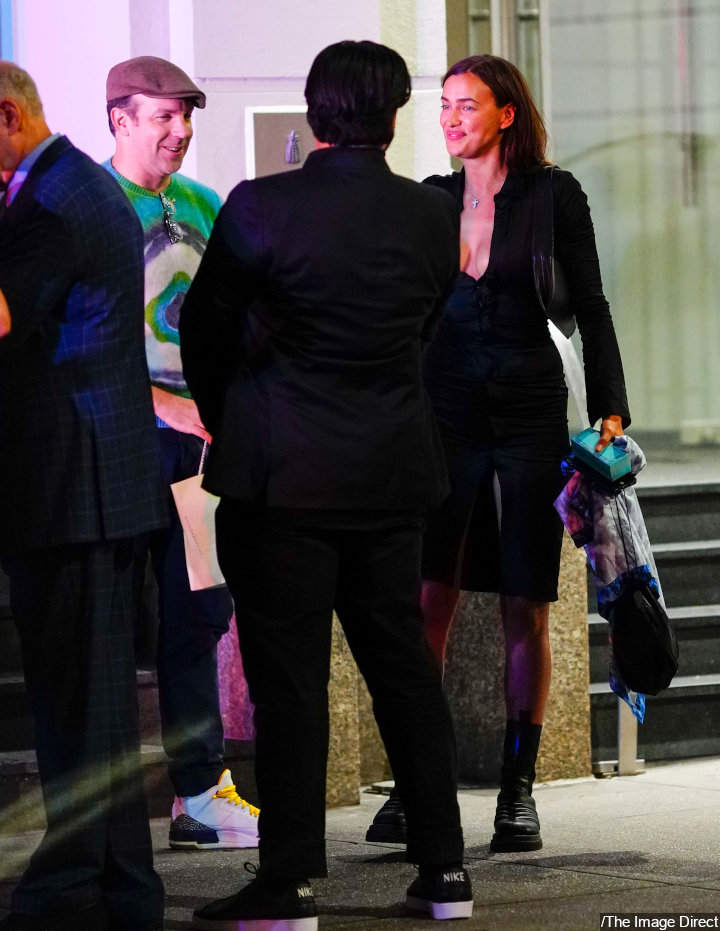 Irina Shayk and Jason Sudeikis hung out together.

The two’s outing together comes amid rumors that Irina is still dating Kanye West, despite reports that their romance has cooled off. “They are very much still dating,” a source told PEOPLE earlier this month. “Irina is so upset at the lies about her and Kanye.”

As for the reports that Irina turned down Kanye’s invitation to Paris, the source debunked it. “That’s just not true. Kanye went to Paris for the Balenciaga show to support Demna [Gvasalia]. He was in and out, only there for 3 hours,” the source explained.

Jason himself is reportedly single. He was reported to be casually dating Keeley Hazell following his split from Olivia Wilde, but it’s apparently over. A source said the “Saturday Night Live” alum was never really serious with the British model, who has also appeared on “Ted Lasso”.

“He is not in any relationship,” a source told Page Six. “He’s not seeing anyone. He’s definitely not with Keeley. He’s just with his kids and focusing on ‘Ted Lasso’.”