The actor, who fans are convinced is the subject of Taylor’s breakup anthem ‘All Too Well,’ wore sunglasses like the ones she did in her ’22’ music video that came out after their split.

Jake Gyllenhaal just threw Swifties in a tizzy! In W Magazine’s 2022 Best Performances Portfolio, the actor, 41, wears sunglasses similar to what his ex Taylor Swift, rocked for a music video back in 2013. Most would agree, Jake’s red heart-shaped sunglasses for the photo shoot are pretty much the same as the one’s featured in Taylor’s “22” clip. Fans now speculate if Jake — who briefly dated Taylor in 2010 — knew the glasses would cause an uproar with her Swiftie legion. Or perhaps it was in response to Taylor’s new version of her song “All Too Well,” where the Grammy winner added more lyrics to the breakup anthem which is rumored to be all about Jake… including the infamous scarf scandal. 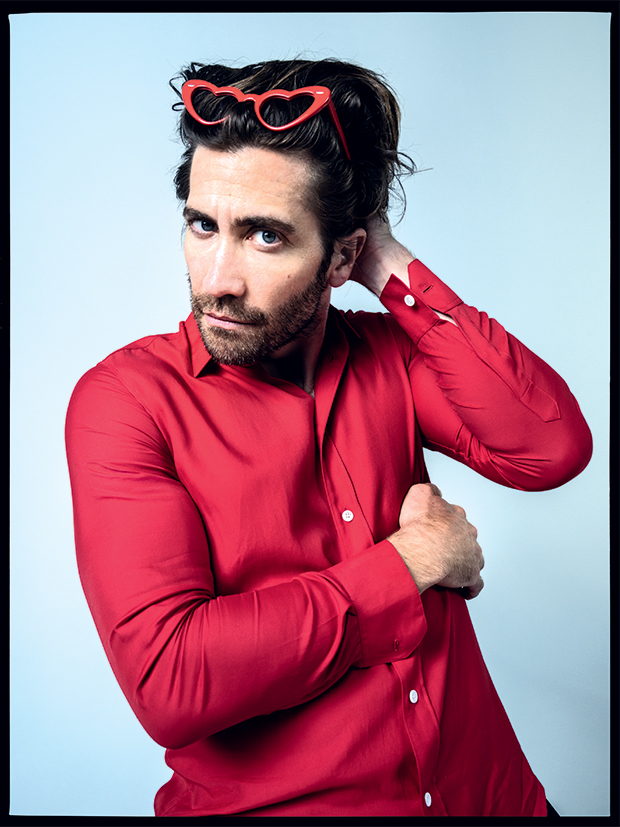 In case you missed it, Taylor released the re-recording of her album Red in November, and fans believe the new lines are simply more references to her romance with Jake, although the pop star, 32, has never publicly confirmed the song is about her ex. “You said if we had been closer in age, maybe it would have been fine, and that made me want to die,” Taylor sings, prompting theories that Jake called it off due to their age gap. She may have also thrown some shade at Jake for continuing to date young women to this day, as she crooned, ““I’ll get older, but your lovers stay my age.”

Although Jake’s intention on sporting the sunglasses may never be known, fans did get more of a peek into the Oscar nominee’s life. “Initially, I was forced to watch Gigi, and so it slowly became my favorite film,” he told W of growing up in a Hollywood home. “But then it was Point Break. Doesn’t that sort of encapsulate me?”

The matinee idol even recalled the embarrassing moment he was introduced to Brad Pitt. on the set of The Good Girl. “I was working with Jennifer Aniston, who was his wife at the time, and there were a lot of racy scenes. I remember putting my hand out to shake his, and accidentally hitting the door. He said, so confidently and kindly, “Well, you have another one. It’s all right.” Jake called it a “lovely exchange” — but said he was “definitely starstruck” at meeting the Oscar winner.

Speaking of Hollywood heavy hitters, Jake can next be seen playing the late legendary producer Robert Evans in the upcoming Francis and the Godfather, which is about the making of the classic film The Godfather. As for Taylor news, fans are still waiting to hear when they will be able to see her perform live again, as she had to officially cancel her Lover Fest tour in February 2021, after pushing it back a few times due to the pandemic.