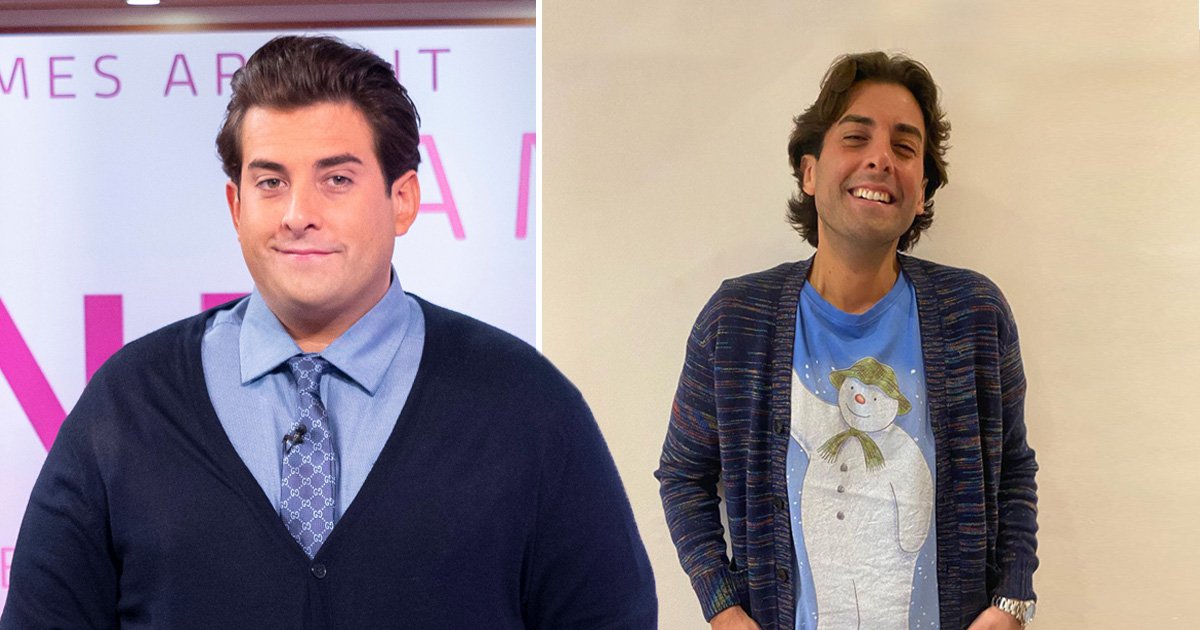 James Argent is planning to ‘bulk up’ and put some weight back on after shedding an incredible 13 stone in nine months.

The Towie star, 34, underwent gastric sleeve surgery and committed to a gruelling workout regime in order to lose weight after doctors warned he would die if he didn’t make a change in his life.

James – known as Arg – reached 27 stone at his heaviest, and aimed to drop to around 15st 7lbs after going under the knife last year.

But after a year of working out and changing his diet, he is now at 14 stone and looking to possibly put some back on, after revealing his slimmed-down figure at an open pool in Essex in January.

Arg admitted to The Mirror he had ‘lost a little bit more than what I wanted to’.

He now plans to ‘get more toned, bulk up a little bit and maybe even put on half a stone.’

Following the gastric sleeve surgery, eating too quickly can lead Arg to feel unwell, so he has to carefully eat with spoonfuls the size of a 20p coin and chew it for 20 seconds before his next mouthful, or he is in danger of vomiting.

He said: ‘Sometimes I’d get as hungry as I did before. When that happens you eat too quickly. It makes you feel rough and be sick and it’s extremely uncomfortable.

‘I’ve learned the hard way,’ he admitted, revealing ‘there have been moments where I’ve f****ed up but now I’m used to it.’

The reality star joked his main concern now is turning into a ‘shopaholic’ because he’s had to fork out for a new wardrobe after losing half of his total previous weight.

Arg is still getting used to his new figure, saying he is ‘buzzing off life’ again and feels ‘confident, much more energetic, happier and healthier’.

While the TV personality has worked hard to lose the weight, he also lauds the gastric sleeve surgery for helping him to get there, recently saying it was the ‘best decision’ he had ever made.

Writing in a sponsored Instagram post, Arg referenced Adele’s weight loss and said he ‘dreamed of having THAT’ moment after doctors told him he was on ‘death row’.

The surgery ‘spurred me on to be serious about my eating habits and exercise’ – and he is planning to swim across the English Channel in the near future.

‘I’d like to thank everyone who has helped me on my weight loss journey. When I look in the mirror, I’m finally happy with the man looking back at me.’

James also spoke out earlier this week describing how, at the height of his binge-eating disorder, he became so self-conscious he would only go out after dark.

Speaking on Loose Women with his mum Patricia Argent, he recalled the ‘massive turning point’ when Patricia walked into his room and cried because she didn’t recognise her son.

‘It was during the day and I was just so tired, so uncomfortable, I was so depressed, I didn’t feel like getting out of bed,’ he shared.

‘You came in and you just really cried. I remember you saying, “I don’t recognise my son.”‘

Becoming emotional, Patricia replied: ‘I do remember that day, James.’