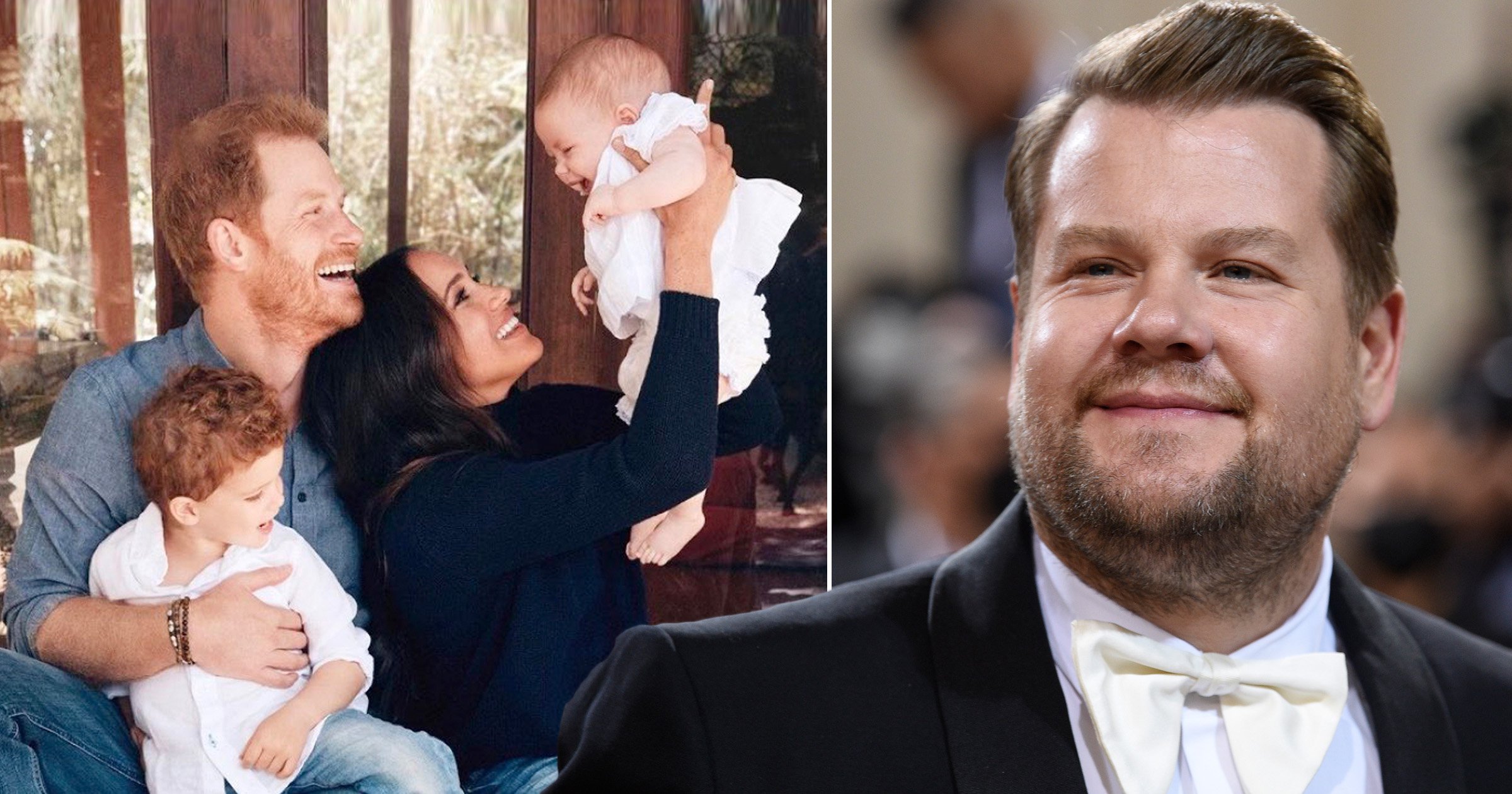 James Corden has revealed that his kids go on some pretty impressive playdates in the US – including with Prince Harry and Meghan Markle’s children.

The Late, Late Show host, 43, has been living in Los Angeles since taking on the show in 2015, and it’s fair to say he has built a circle of big-name pals for him and his family while he’s been there.

James managed to get Prince Harry, 37, on the show in February 2021 and the pair have grown so close that their kids even hang out and play together.

Revealing he had visited the couple’s £11million mansion in Los Angeles, James told The Sun: ‘I have. It was more a sort of play date scenario [with the kids].

‘Then we went out for dinner after, it was lovely. Obviously I’m not telling you any more. Obviously.’

James and his wife Julia Carey share three children, Carey, Max and Charlotte, while Harry and Meghan, 40, have son Archie and daughter Lilibet.

He added that he is a ‘huge fan’ of both Harry and Meghan, though he is closer to the Prince, adding: ‘I think it’s really hard to judge, or be judgmental.’

James added that while people ‘process things in different ways’ but their grievances with the Royal family may not have ‘necessarily needed to be voiced the whole time’, but added that his own experience with the couple has been ‘nothing but positive’.

The former Gavin and Stacey star also praised Harry for being a ‘devoted and loving husband an father’, vowing to always support him and Meghan and their ‘bravery’ for walking away from the Royal family.

James is set to leave the US behind next year after eight years hosting The Late Late Show, in favour of returning to the UK to spend more time with his young family.

He announced the decision to step down recently, after earning 11 Emmys during his time on the show, revealing he wanted to leave before the show ‘outstayed its welcome’.