Jeff Brazier has candidly opened up on being a single parent, admitting it has been a "difficult experience."

The 40 year old has spent the last decade bringing up his sons Bobby, 16, and Freddie, 15, alone following the death of their mum, Jade Goody.

Jade and Jeff welcomed their two sons during their relationship, but Jade tragically died at the age of 27 after a battle with cervical cancer.

Discussing being a single parent on the podcast Verified Views, Jeff said: "[It's] hard to put it into a concise answer.

"It's been the most difficult experience in my life. But yet the most rewarding.

"And there are moments like, when the boys were best men at my wedding a year ago and they stood up and spoke with such humour and maturity and such feeling and emotional intelligence.

"And that was the first and only time I think I've ever really allowed myself to pat myself on the back, because it was just, it was there in front of me.

"I couldn't deny it was incredible because children don't really show you their best they save that for everybody else. So I hang on some moments like that."

Jeff, who has recently silenced rumours of a split from wife Kate Dwyer by putting his wedding ring back on, continued: "It has been tough, but then it was meant to be tough. 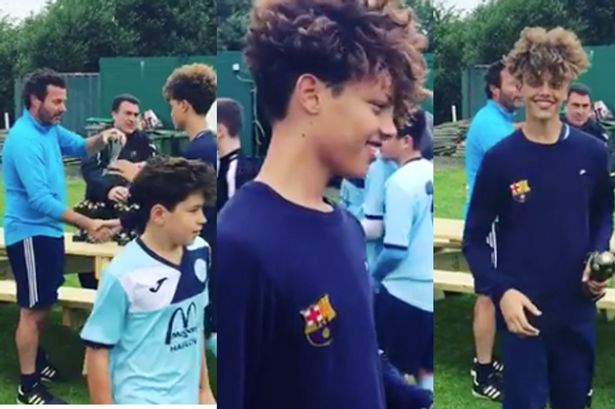 "You know, it was what I signed up to. I didn't necessarily sign up to doing it on my own, but that's nobody's fault.

"I like to think we've all got the ability to step up and do whatever it requires in order to give your children what they need until they no longer require it."

TV presenter Jeff has also recently spoken about how he planned to expand his brood with wife Kate, but she has since had a "change of heart." He told Mail Online: "I had thought when we got married we'd go straight in [on starting a family] but there's seems to have been a change of heart about that, and a need for a little more time before those decisions are made.

"Being married makes you feel more settled, but life doesn't feel much different because Kate has a wonderful career in PR where she works very hard and long hours.

"So it's still just me and the boys at home a fair bit. I'm not sure whether we'll have children.

"I’m just as happy if we do or don't, and I'm content to be patient and let Kate figure all that out."

Previous to the reports of their split, Jeff had admitted the long hours Kate works as a PR consultant meant they don't see each other as often as they'd like.

He told The Sun: "Kate is incredibly committed to her job as a PR consultant. I think when you deal with PRs, you know they work incredibly long hours, especially if they're good because it means they're sought after.

"So actually, a lot of the time she doesn't really get home until quite late, so it means that the family sort of aspect at home, family environment, it pretty much hasn't really changed that much.

"But I guess there's a sense of responsibility on my part to look after four instead of three, and yeah that's probably it actually."