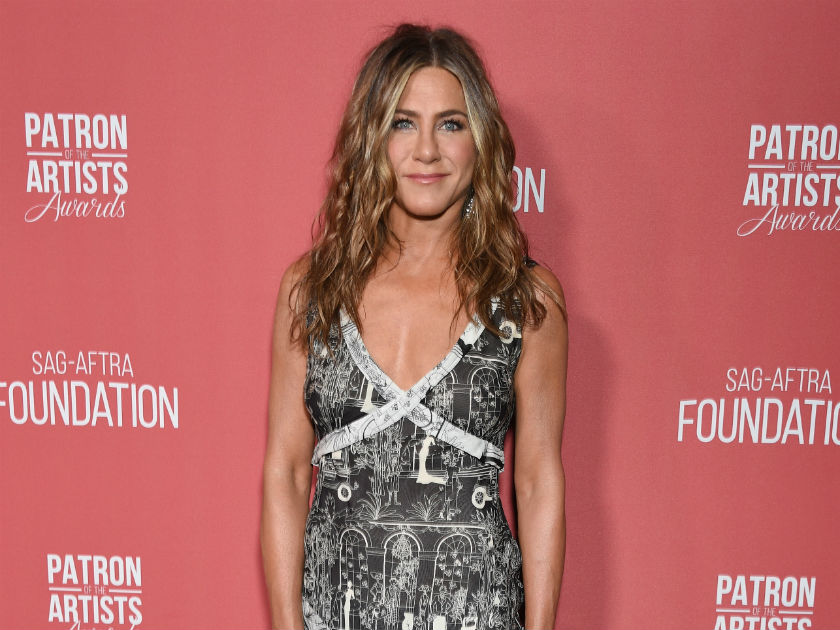 Jennifer Aniston shared clips from her interview on the Jimmy Kimmel show and captioned it, “@jimmykimmel has a problem with my friendsgiving.”

The clips show Jimmy putting his point across to Jen about the ill-timing of her celebration in relation to the regular thanksgiving.

In the clip he said: “You were very nice to invite me and my wife Molly to your home for friendsgiving…”

To which Jen replied, “Yes”

He continued, “Which is for those who don’t know, explain what friendsgiving is…”

Jen said: “It’s thanksgiving but the day before.”

To which he replied, “On Thanksgiving I cook a lot of stuff, the normal turkey, yams, sweet potatoes the whole deal. But at your event we had all of those things. So then I’m making everything everyone had the night before again, so in it’s essence you’ve turned my meal into leftovers.”

Jennifer laughed out loud. Jimmy continued, “I know you love Mexican food..” And an enthusiastic Jen replied, “Yes I do love Mexican.”

So he suggested a different food themed celebration in future to avoid a clash of food. He added, “Gracias-giving could be for us!”

“Cool” added Jen. “Or Amigo’s-giving” Jimmy suggested. Jen agreed, “Amigo’s giving, I like that,” she said.

He continued, “And I think, forget me, if you start doing it, everyone will follow suit, just like with your haircuts everyone gets the same hair.”

Jen concluded, “I see your point, I see where you’re going.”

It prompted Jennifer, who is friends with her onscreen Friends co-stars Lisa Kudrow, Courteney Cox, Matt Le Blanc, Matthew Perry and David Schwimmer, to consider having Mexican food this year instead. And it looks like she’s succumbed to his requests. She uploaded a post of the homecooked Enchiladas and captioned it, “Ok @jimmykimmel … here are your f*%king Friendsgiving enchiladas.”

Mexican food or not, we’re sure anyone would love an invitation to Jen’s for Friendsgiving – maybe she’ll do an open house next time so we can all come along…