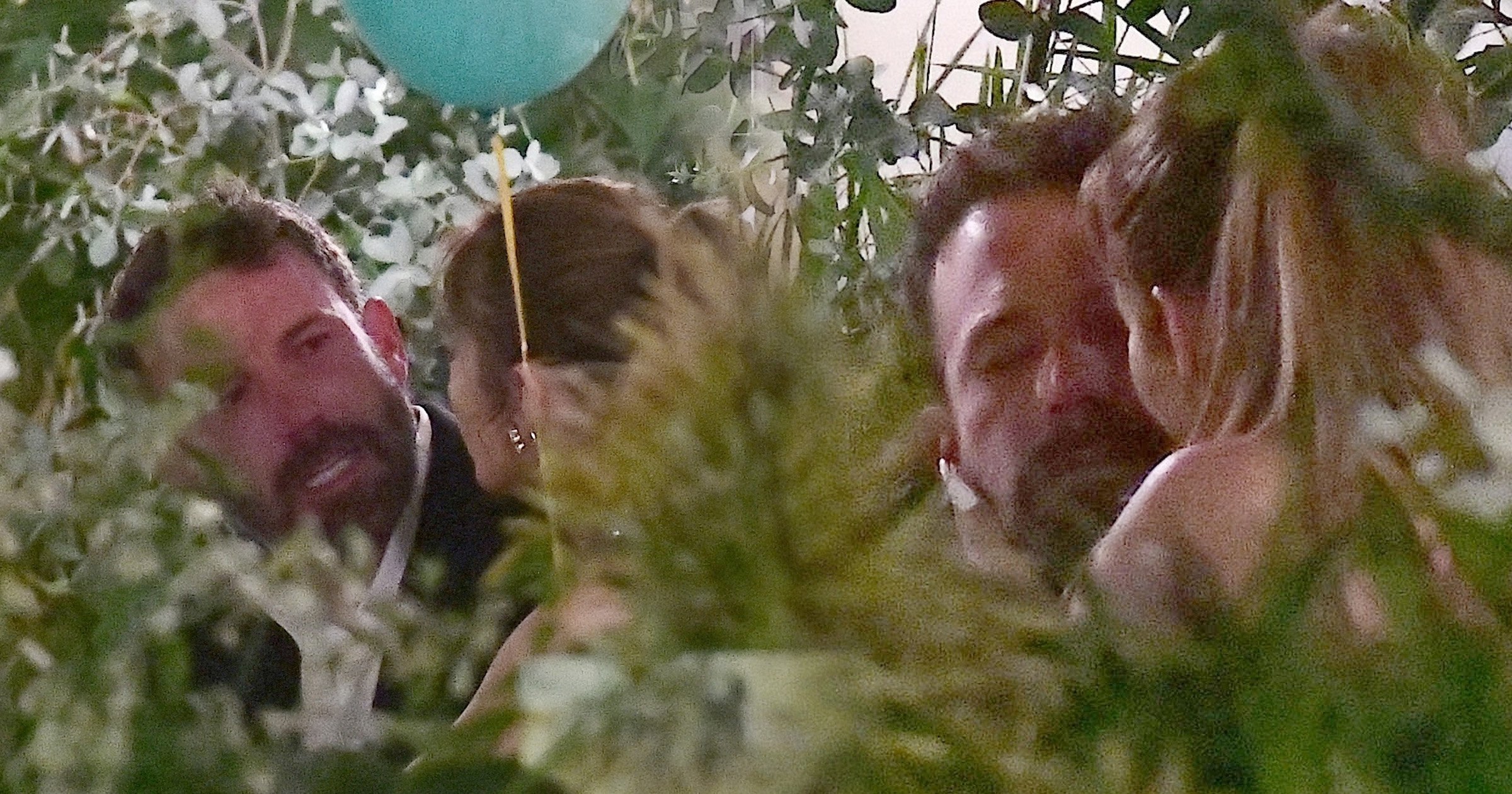 Ben Affleck seems to be having an emotional time on his honeymoon with Jennifer Lopez, following their surprise wedding.

The pair, dubbed Bennifer, tied the knot in Las Vegas earlier this month, a year after they confirmed their reunion.

They wasted no time and jetted straight off on a loved-up honeymoon, packing on all sorts of PDA as they hit the streets of Paris – with some of their kids in tow.

However, it all appeared to get a bit too much for the Batman actor, 49, who was spotted looking emotional on a loved-up dinner with his new wife.

In one photo, he could be sitting beside the Love Don’t Cost A Thing singer at La Girafe – where they were celebrating her 53rd birthday with a very swanky dinner in front of the Eiffel Tower.

He looked teary eyed during an emotional moment, which led to Jen immediately comforting him at the table.

It is not known what led to the tears but they didn’t last long as the pair were pictured strolling around the city of love together soon after, looking happier than ever.

Bennifer have had a whirlwind relationship after giving us the showbiz reunion of our dreams last spring.

Ben and Jen first started dating in July, 2002, and got engaged in November of the same year.

However, they postponed their 2003 nuptials before going their separate ways in 2004.

More than 17 years after their initial split, the A-List duo decided to give things another go and reconciled last year, with the dad-of-three popping the question in April.

After intense speculation, the Hustlers actress confirmed in a blog post that they had taken the plunge and walked down the aisle in a low-key ceremony in Vegas.

‘We did it. Love is beautiful. Love is kind. And it turns out love is patient. Twenty years patient,’ she penned. ‘Exactly what we wanted. Last night we flew to Vegas, stood in line for a licence with four other couples, all making the same journey to the wedding capital of the world. Behind us two men held hands and held each other.

‘In front of us, a young couple who made the three hour drive from Victorville on their daughter’s second birthday—all of us wanting the same thing— for the world to recognise us as partners and to declare our love to the world through the ancient and nearly universal symbol of marriage. ‘

‘They were right when they said, “all you need is love”. We are so grateful to have that in abundance, a new wonderful family of five amazing children and a life that we have never had more reason to look forward to.

‘Stick around long enough and maybe you’ll find the best moment of your life in a drive through in Las Vegas at twelve thirty in the morning in the tunnel of love drive through, with your kids and the one you’ll spend forever with. Love is a great thing, maybe the best of things-and worth waiting for.’

This marks Jen’s fourth marriage as she was previously wed to Ojani Noa, Cris Judd, and Marc Anthony, who she shares twins Max and Emme with.

Meanwhile, Ben was previously married to actress Jennifer Garner, and they welcomed three children together – Violet, Seraphina and Samuel.