Jessica Mulroney is opening up about her experience with Internet trolls. The 40-year-old stylist took to her Instagram Story on Tuesday to reveal why she’s deleted some posts from her page. Meghan Markle’s friend has also recently made her Instagram account private.

“People often ask why I delete certain posts. The amount of bullying and hatred I’ve had to put up with for three years… I’m tired of looking at it,” Mulroney wrote, perhaps a reference to when Markle got engaged to Prince Harry back in November 2017.

“Be kind. Be gracious. We are grown ups… stop acting like teenagers,” she added. “Real women don’t put down other women.”

One photo she’s deleted featured her son, who served as a page boy at Markle and Prince Harry’s 2018 nuptials, smiling for the camera as he held the bride’s veil.

“I see this and pure joy,” Mulroney captioned the since-deleted post. 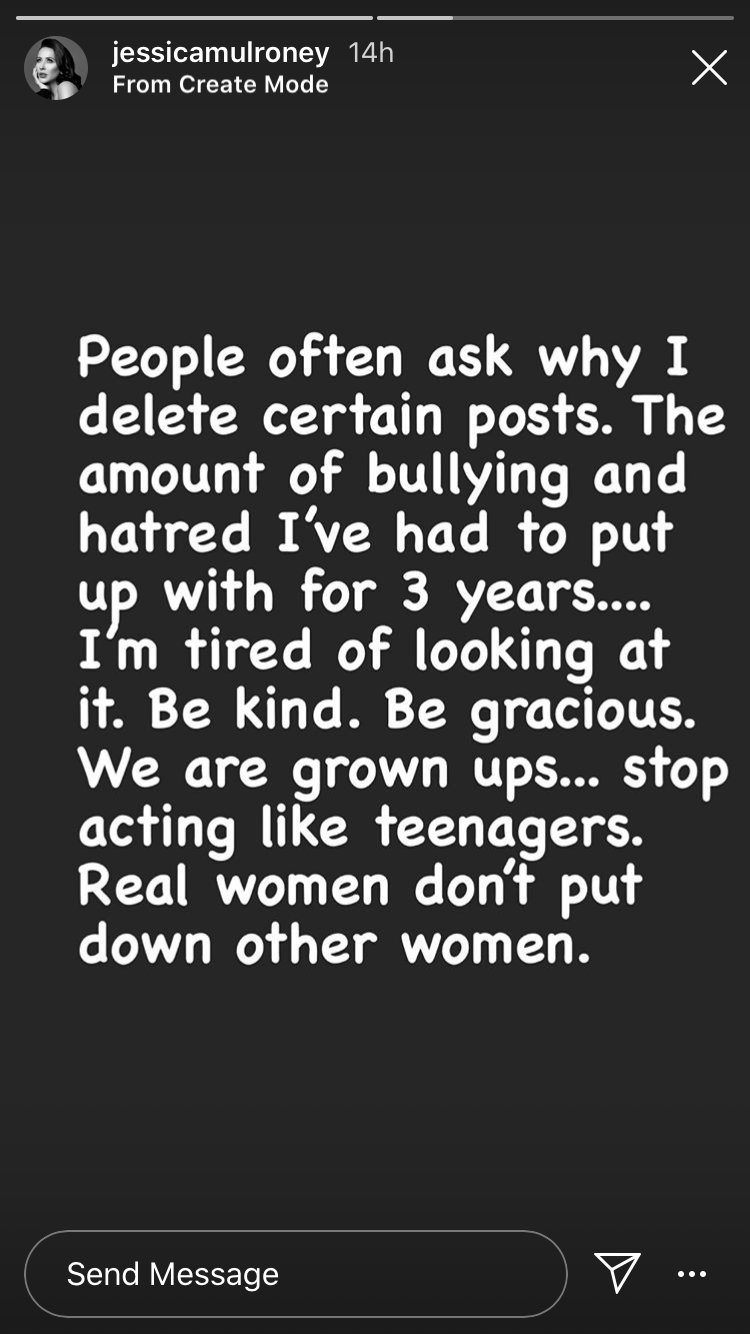 Mulroney’s decision to delete the image happened after she came under fire in June for a feud with Sasha Exeter, an influencer who claimed that the stylist “took offense” to her call to action amid the Black Lives Matter movement and alleged that Mulroney had used her “textbook white privilege” to send her a “threat in writing.”

Mulroney later apologized on Instagram, saying she was “stepping back from social media” and planned to “use this time to reflect, learn and listen.” Her CTV show, I Do, Redo, was canceled as a result of the scandal, as was her contributor status on Good Morning America. Additionally, Mulroney’s husband, Ben Mulroney, stepped down from his anchor role on CTV’s Your Morning.

On top of the professional woes of the scandal, a source told ET in June that it was “painful” for the Duchess of Sussex to learn that one of her best friends could have made such “misguided and insensitive comments,” adding that Markle felt Mulroney was “so tone deaf while using her privilege to bully Sasha Exeter.”

“She’s distanced herself from Jessica because the comments were unacceptable and offensive,” a source previously told ET.

Watch the video below for more on Mulroney.