John Legend is choosing to focus on the positive when it comes to Chrissy Teigen‘s resurfaced messages on social media — and it sounds like she is too.

When asked about how his wife, 35, was doing in the wake of the drama on Wednesday, June 16, Legend, 42, replied, “Great!” according to the Daily Mail.

Teigen recently made headlines after Courtney Stodden, who came out as non-binary in April, accused the Cravings author of bullying them in private messages.

“She wouldn’t just publicly tweet about wanting me to take ‘a dirt nap’ but would privately DM me and tell me to kill myself. Things like, ‘I can’t wait for you to die,’” Stodden, 26, told The Daily Beast in May. “Some of the worst treatment I got was from women, and we’re not going to get anywhere if we keep holding each other back.” 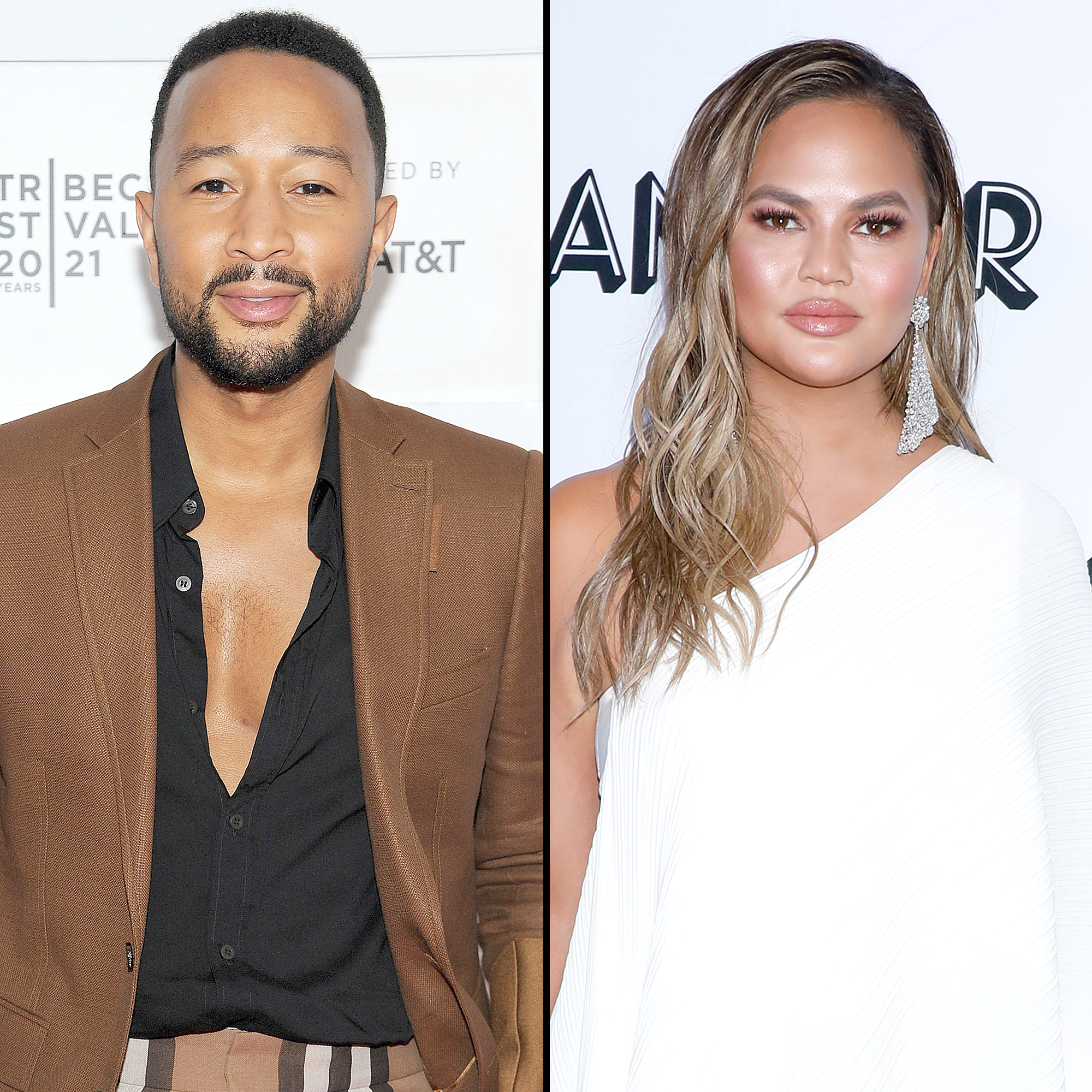 “Not a lot of people are lucky enough to be held accountable for all their past bulls–t in front of the entire world. I’m mortified and sad at who I used to be. I was an insecure, attention seeking troll,” she wrote via Twitter. “I am ashamed and completely embarrassed at my behavior but that is nothing compared to how I made Courtney feel.”

The former Lip Sync Battle host added: “These were not my only mistakes and surely won’t be my last as hard as I try but God I will try!! I’m so sorry, Courtney. I hope you can heal now knowing how deeply sorry I am.”

Celebrities Who Took a Break From Social Media

Amid the backlash, Teigen quit her upcoming role in Netflix’s Never Have I Ever before offering a longer apology for her past behavior.

“Hi all. It has been a VERY humbling few weeks. I know I’ve been quiet, and lord knows you don’t want to hear about me, but I want you to know I’ve been sitting in a hole of deserved global punishment, the ultimate ‘sit here and think about what you’ve done.’ Not a day, not a single moment has passed where I haven’t felt the crushing weight of regret for the things I’ve said in the past,” she wrote via Medium on Monday, June 14. “As you know, a bunch of my old awful (awful, awful) tweets resurfaced. I’m truly ashamed of them. As I look at them and understand the hurt they caused, I have to stop and wonder: How could I have done that?”

Teigen admitted that she wanted to issue personal apologies to those that she may have hurt.

“I’ve apologized publicly to one person, but there are others — and more than just a few — who I need to say I’m sorry to. … I understand that they may not want to speak to me,” Teigen continued on Monday. “I don’t think I’d like to speak to me. (The real truth in all of this is how much I actually cannot take confrontation.) But if they do, I am here and I will listen to what they have to say, while apologizing through sobs. There is simply no excuse for my past horrible tweets. My targets didn’t deserve them. No one does. Many of them needed empathy, kindness, understanding and support, not my meanness masquerading as a kind of casual, edgy humor.”

The Chrissy’s Court host once believed that making disparaging comments about celebrities made her “cool and relatable” — but she’s since changed her tune.

“Now, confronted with some of the things that I said, I cringe to my core. I’ll honestly get sharp, stabbing pains in my body, randomly remembering my a—hole past, and I deserve it,” she continued. “Words have consequences and there are real people behind the Twitter handles I went after. I wasn’t just attacking some random avatar, but hurting young women — some who were still girls — who had feelings. … I won’t ask for your forgiveness, only your patience and tolerance. I ask that you allow me, as I promise to allow you, to own past mistakes and be given the opportunity to seek self improvement and change.”

After her lengthy post made the rounds on social media, fashion designer Michael Costello accused Teigen of sending him death threats and preventing him from getting jobs.

“For the past 7 years, I’ve lived with a deep, unhealed trauma,” Costello, 38, wrote via Instagram on Monday. “In 2014, I received a public comment from Chrissy Teigen on my Instagram page, accusing me of being racist. She apparently formed her own opinion of me based on a Photoshopped comment floating around the internet which has now been proven to be false by Instagram and since taken down. When I reached out to Chrissy Teigen to communicate that I was the victim of a vindictive cyber slander, and that everything she thought I was is not who I am, she told me that my career was over and that all my doors will be shut from there on.”

Celebs Fight Back on Social Media

The Project Runaway alum revealed that he still struggles with his mental health as a result of his online interaction with Teigen, claiming that he “didn’t see the point of living” at time. While Teigen has yet to respond to the accusations from Costello, he released an additional statement on the subject.

“I want to be clear — I do not wish ill on anyone. We are all works in progress and we deserve the opportunity to prove that we can do better. But progress takes time. We must show through actions that we have changed,” he said in a statement to Us Weekly on Tuesday, June 15. “After all, actions speak much louder than a 10 minute apology written on a notepad. However, nothing takes away from the years of trauma being bullied and blacklisted in the industry has left me. I am not out for revenge. I only wish to speak my truth because I have been silenced for so long.”

He added: “I’m still waiting for Chrissy Teigen and anyone who bullied me to reach out to me. If they truly acknowledge that their actions are wrong, I welcome them with open arms to have a real conversation.”

If you or someone you know is struggling with suicidal thoughts, please contact the National Suicide Prevention Lifeline at 1-800-273-8255.