Jon Hamm and his girlfriend Anna Osceola packed on some major PDA while going for a romantic swim in Italy.

Jon Hamm, 50, kicked off the final weekend of summer with a steamy makeout session with girlfriend Anna Osceola, 33, in Pantelleria, Italy. The lovebirds were photographed sharing a romantic smooch while swimming in the Mediterranean Sea, and each sported swimwear to soak up the sun. Jon was shirtless and wore red swim trunks, while Anna looked super sexy  in a green bikini top and pink bottom. SEE THE PHOTOS HERE.

The couple looked so happy during their romantic swim. At one point, they lovingly wrapped their arms around one another for a romantic embrace while in the water. Later on, the actors went diving into the sea off a small cliff, and then soaked up the sunshine even more when they laid out on towels on the rocks. 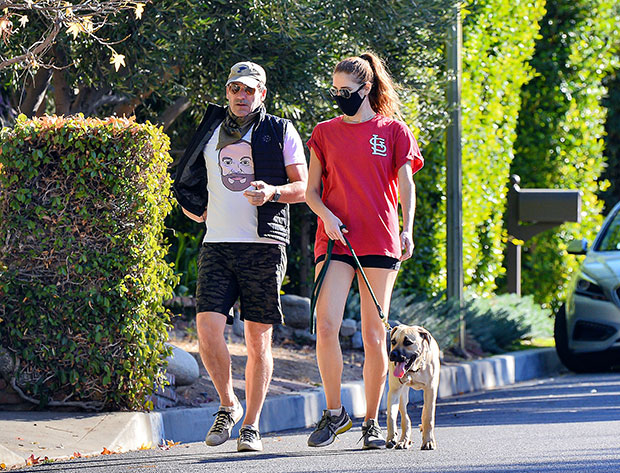 Jon and Anna have enjoyed a few public outings together ever since their romance began last year at the onset of the COVID-19 pandemic. Most recently, Jon and Anna were seen running errands at a cafe and flower shop in the Los Angeles area in March 2021, just two days after Jon celebrated his 50th birthday. Before that, the pair were spotted taking a stroll in Dec. 2020, and a month before that, they were seen taking his dog for a walk.

The couple first sparked romance rumors in May 2020, when they were seen playing a game of tennis. And very quickly, fans realized the relationship was in fact long in the making. Anna had actually appeared on the Mad Men series finale in 2015, portraying the receptionist at the retreat Jon’s Don Draper attends in the ultimate episode. The two only briefly shared the screen together, but Anna clearly left a big impression on Jon!