Don’t even try to keep up with Julianne Hough and Brooks Laich’s relationship because you won’t be able to figure them out. The sometimes exes have been spending an increasingly amount of time together since their decision to separate earlier this year. The most recent is them taking a trip to a lake house together that’s been well-documented on their respective Instagram accounts.

I haven’t spotted a photo of them together at the lake, but I have used by sleuthing skills to put two and two together. Exhibit A: The first clue is that Julianne posted a pic with Brooks’ dog, Koda, writing, “This sweet boy loves his momma 😭🐺.” And Brooks commented, “The greatest thing ever 👌🙌🐺.” Hmm.. well, if she’s his mom and he’s his dad then what does that make them?

This sweet boy loves his momma 😭🐺

Exhibit B: In the photo and video Julianne posted, someone is definitely driving the vehicle. And I’m like 99.9999% sure that someone is Brooks. Also, Brooks posted videos of him going for a “cold tub” with Koda, which is basically just freezing your ass off in a chilly lake for fun (???). Mkay. 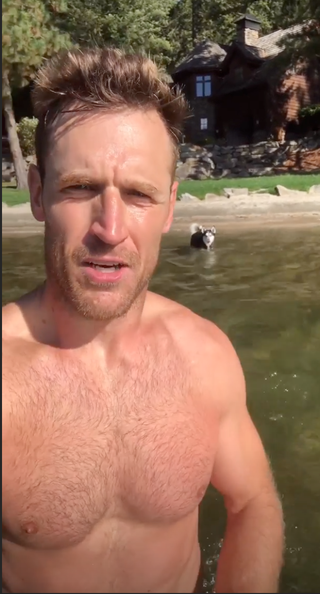 Moving on… Then Julianne posted a photo of her enjoying breakfast with Koda and later posted another pic of her cuddled up in a warm blanket because it’s cold, remember? 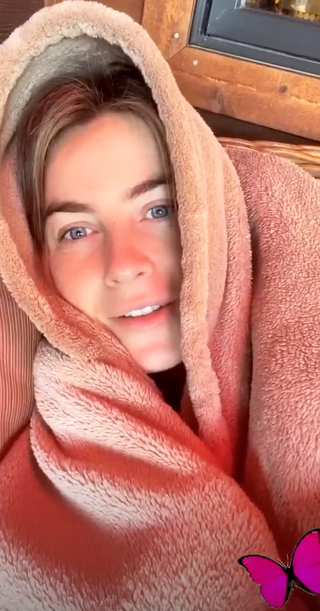 They might as well have just posted a big smiling selfie together because it’s so obvious that they’re together. And I mean, together, together. Plus, People reported that Brooks is open to getting back together with Julianne.

“Brooks really still wants to make it work and she’s considering it but taking her time. He’s open to whatever it will take,” a source explained. “Julianne likes the idea of freedom but doesn’t want to lose such a good, solid guy. Everyone who knows him knows how grounded and great he is. Her friends and family don’t want her to lose someone like that.”

Just admit what we all suspect, you two, and make your reconciliation official!