Justin Bieber shared a super sweet message to his wife, Hailey Baldwin, as the two vacationed in Greece.

Justin Bieber, 27, and his wife Hailey Baldwin, 24, have been kicking off summer in style with an excellent getaway to Greece. The “Peaches” singer shared a selfie of him and his wife, thanking Hailey for being a part of his life. “Thank you for being the squishiest, most lovable human on the face of the Earth,” he wrote in an Instagram caption, on Monday June 28.

Justin shared the photo, where his wife is lovingly leaning into him, as the couple appear to take a boat ride in Greece. Hailey looks stunning  in a simple teal dress and gold necklace. Justin, on the other hand, kept his outfit a little bit more casual; he wore a tie-dye Drew House hoodie. Maybe it was chilly on that boat ride! The singer also looks like he just got a fresh buzzcut.

The lovebirds have been enjoying a romantic vacation in Greece. Justin also doted on his wife in a series of Instagram stories, where he snapped candid shots of Hailey, showing off some of her amazing outfits on this trip. He shared pictures of her taking a call in a bright red bathing suit, posted a story where Hailey is posing in a purple bikini top and lavender shorts, and also showed off the couple enjoying a delicious-looking meal with some rosé. 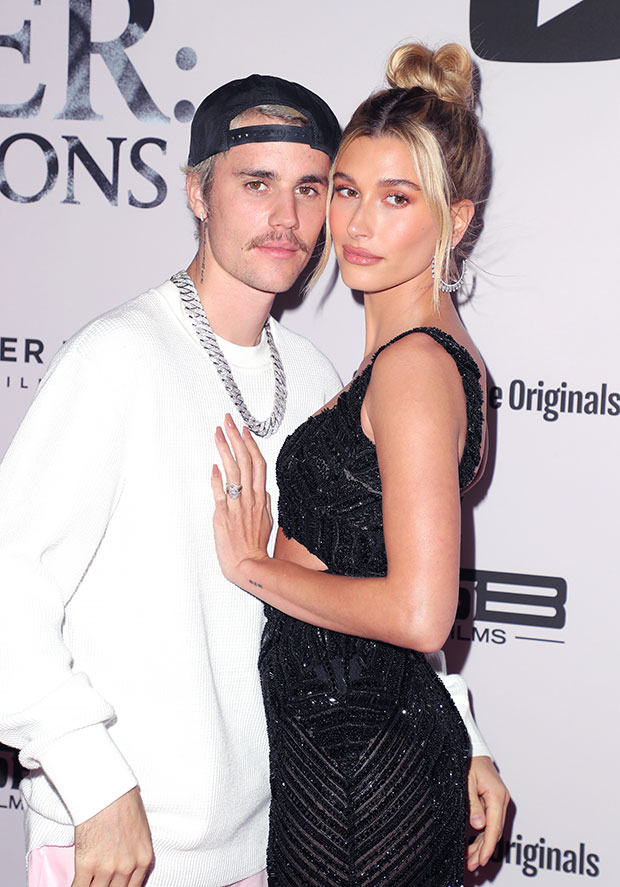 Biebs has also shared plenty of photos of himself on Instagram, where he’s shown lounging on boats or taking in sights. In one picture, he’s laying back, sporting bright red shorts, a red-striped and flowery white button-down, hot pink socks, and white sneakers. It looks like the couple is enjoying some well-deserved rest and relaxation.

The Greek vacation has only been the most recent outing for the couple. Justin posted an adorable video of himself showing off what a great dad he’ll eventually be, while he was playing with his friends’ photographer Joe Termini and pro-surfer Kelia Moniz’s six-month old son on June 2. Hailey also posted pictures from a “gals weekend” on June 14, which looked like it was a relaxing time spent on the beach with friends. The couple also showed off what big Friends superfans they are, posing with the cast of the sitcom to celebrate its reunion.

Greece isn’t the only rendezvous that the Biebers have taken recently. Hailey posted sexy bikini pictures on June 8 from a trip she took with her husband and their friends Kelia and Joe. Hailey captioned a series of photos, which also included shots of her picnicking and painting with her pals, “Let the summer friendventures begin.”