The ‘Runaway’ rapper looked happy as ever, as he sat courtside for a basketball game at his Donda academy.

Kanye West seemed super happy as he sat on the sidelines for a basketball game at his Donda Academy in Whittier, California on Tuesday December 21. The 44-year-old Yeezus rapper looked like he was in a great mood watching the game, even as his ex-wife Kim Kardashian, 41, filed to be legally single has been spending lots of time with her seemingly new beau, Pete Davidson, 28. 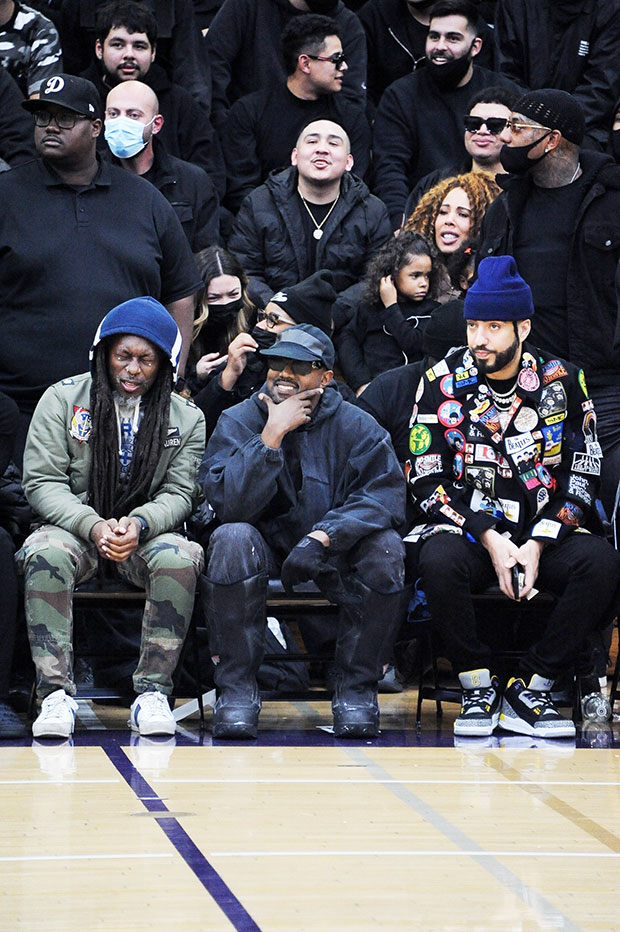 Yeezy was seated between fellow rappers French Montana, 37, and OT Genasis, 34. Kanye sported all-black outfit consisting of a hoodie, dark jeans, huge boots, a baseball cap and a pair of shades. French Montana rocked a black jacket, covered in a variety of colorful patches, while OT rocked a green army surplus jacket and a pair of camo jeans to match, all with a blue hoodie pulled up on his head.

Kanye seemed in much better spirits at the Tuesday night b-ball game, after he seemed a little down on Monday night. The rapper was spotted leaving dinner in Los Feliz on December 20. He looked bummed out, as he kept his head down and looked at his phone while he was on his way to the car after his meal. Kanye also reportedly ended a short fling that he had with the 22-year-old model Vinetria, according to Page Six on December 21. The model had accompanied Ye to the Donda Academy’s first basketball game in November. 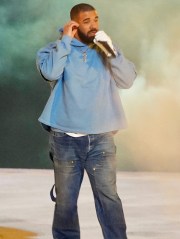 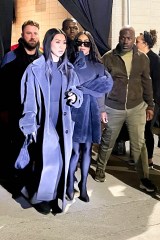 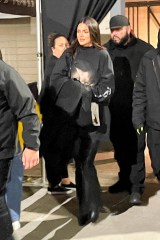 The rapper has openly expressed his desires to reignite his spark with his ex-wife Kim Kardashian, who filed to be “legally single” earlier in December. The SKIMS founder’s latest filing came shortly after Kanye begged for her to take him back, while onstage during his Free Larry Hoover benefit concert with Drake. While Ye sang his standout track “Runaway,” he concluded the verse with a message to Kim. “Baby, I need you to run right back to me…more specifically, Kimberly,” he said, as he closed out to the My Beautiful Dark Twisted Fantasy centerpiece.