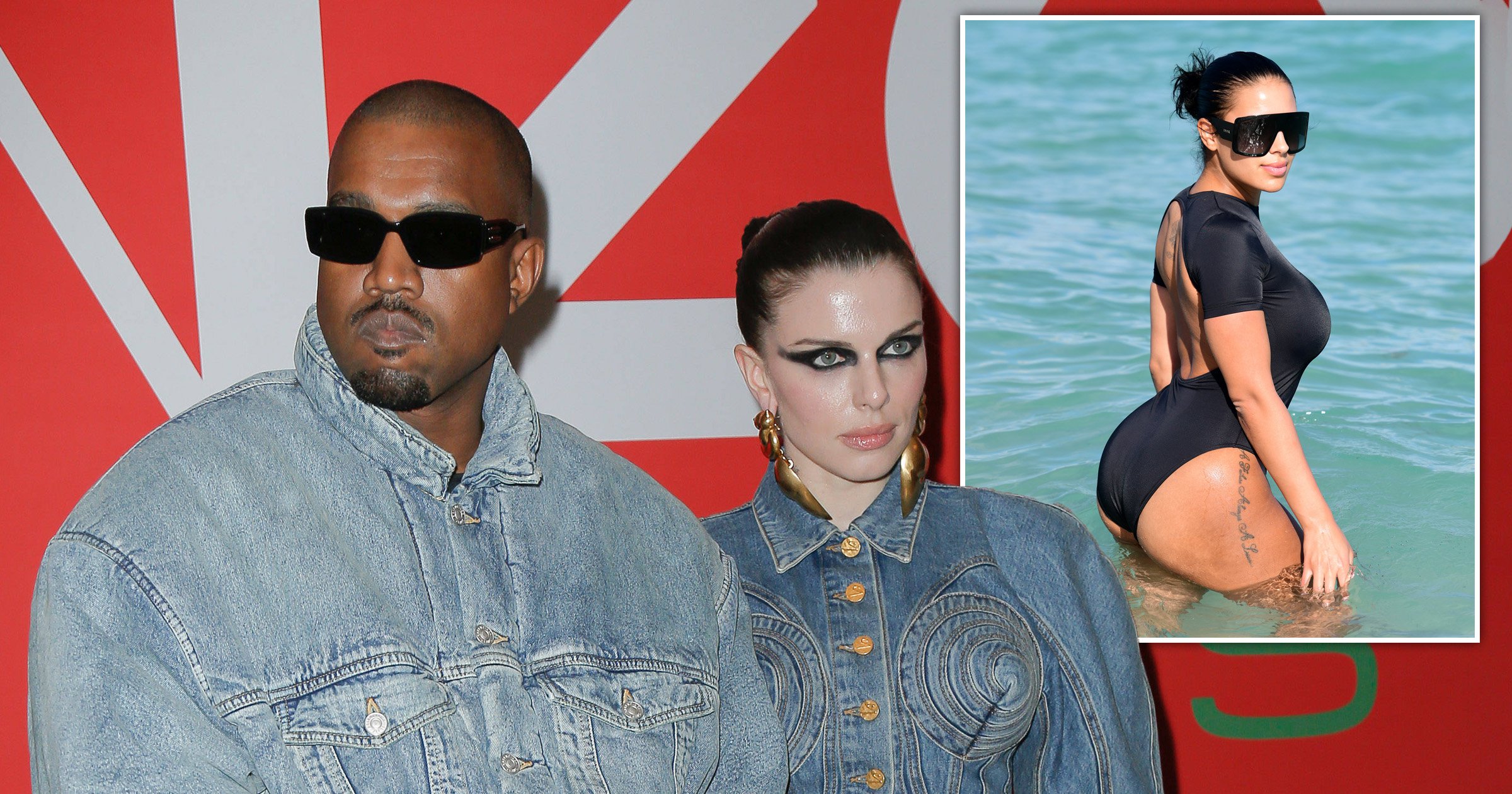 The rapper, 44, was seen in Miami, Florida with Chaney after his Donda 2 listening party on Tuesday night.

A source told TMZ that the duo are ‘all for fun’ having hung out together in the past couple of weeks – after 24-year-old Chaney ‘slid into Kanye’s DMs’ following his recent break-up with Uncut Gems star Julia Fox.

Kanye – who officially goes by the moniker Ye – is ‘not looking for commitment with anyone right now’, they claimed.

The insider also suggested that the performer is ‘undeniably drawn to Chaney because of her similarities to Kim’.

Her look on Tuesday certainly made her the spitting image of the rapper’s 41-year-old ex, who filed for divorce from him last February.

The influencer wore a white leather jumpsuit and matching heeled boots, accessorising with oversized shades, as the KUWTK star often does herself.

Her long, dark brunette tresses were worn loose down her back, and she carried a small black bag in one hand as she left the venue with Kanye and members of his entourage.

Kim recently unfollowed Kanye on Instagram following several concerning posts from him about their issues after splitting, including screenshots of private messages between the estranged couple and digs at her new partner Pete Davidson.

He reportedly hit back at her bid to become legally single this week by filing documents saying she can’t prove that he authored the posts that appeared on his Instagram, which the Skims founder said had caused her ‘emotional distress’.

The All of the Lights star had previously apologised for some of the posts on his social media account as he said he was ‘working on his communication’ and ‘took accountability’ for the fact that sharing screenshots ‘came off as harassing Kim’.

Kanye had been involved in a whirlwind high-profile romance with actress Julia following a New Year’s Eve party, but she confirmed she they had split up this month, and said she was never ‘in love’ with the Donda rapper.

She addressed their split on Instagram, writing: ‘Y’all would love if I was soooo upset! The media would love to paint a picture of me a sad lonely woman crying on a plane by myself but it’s NOT TRUE!!

‘Why not see me for what I am which is a #1 hustler. I came up yall lol and not only that but Kanye and I are on good terms! I have love for him but I wasn’t in love w the man Jesus Christ what do u guys think I am 12 years old?!’

Fans had been quick to notice that her ensembles too were strikingly similar to ones Kim has worn in the past, which has continued into her stint at Milan Fashion Week.

Metro.co.uk has contacted a rep for Kanye West for comment.