‘We’re all having to do things we’d rather not do’: Kate Garraway clashes with guest during fiery debate about Covid vaccine passports amid her husband Derek’s coronavirus battle

Kate Garraway clashed with a guest on Tuesday’s episode of Good Morning Britain during a fiery debate about Covid vaccine passports.

The presenter, 53, pointed out that everyone is making ‘many sacrifices’ as commentator Dominique Samuels, 22, argued that the idea of vaccine passports is ‘ridiculous’ and claimed it was ‘mandating vaccines through the backdoor’.

It comes as Kate’s ailing husband Derek Draper continues his slow recovery from coronavirus, the presenter hasn’t seen him since Christmas. 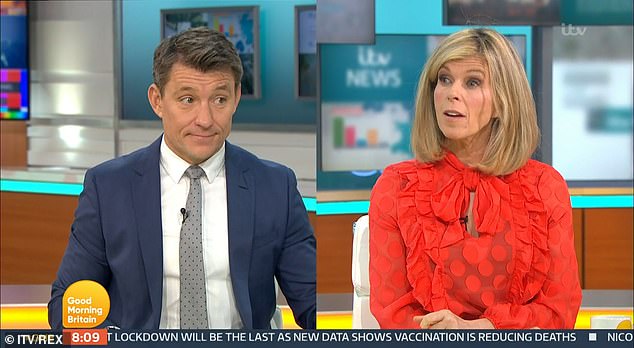 Debate: Kate Garraway clashed with a guest on Tuesday’s episode of Good Morning Britain during a fiery debate about Covid vaccine passports

During the fiery debate, Samuels argued that the idea of a Covid vaccine passport domestically will ‘greatly impact young people’ and create a class in society of ‘the vaccinated vs the unvaccinated’.

She added: ‘We’d love to go see our loved ones, but we can’t. We’d love to go visit the people in hospital, there are many, many sacrifices people are making.’

Starting the debate, Samuels said: ‘I mean it’s a ridiculous idea for a few reasons, I cant even believe that we’re having this conversation. 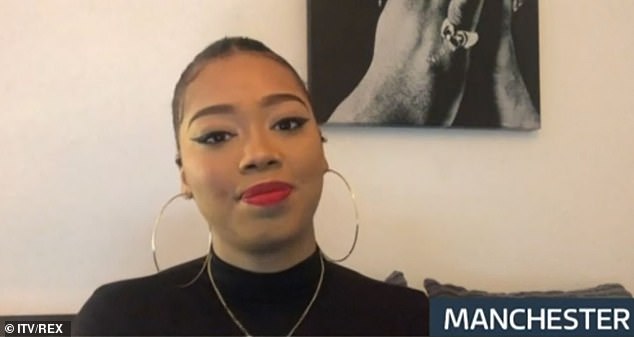 Fiery: The presenter, 53, pointed out that everyone is making ‘many sacrifices’ as commentator Dominique Samuels, 22, argued that the idea of vaccine passports is ‘ridiculous’ and claimed it was ‘mandating vaccines through the backdoor’

‘But the first being, this is mandating vaccines, by deciding who can and can’t do things in society, such as bars and restaurants, when the government has said it would never go down the road of mandating vaccines.

‘This is mandating vaccines just through the backdoor, what’s even the point of the vaccination programme when those that are most vulnerable in society account for about 80 to 90% of the hospitalisation and deaths will be protected by the vaccine.

‘Why do we need to go down the route of excluding other people from society and stop them from using facilities. This is essentially creating a class of two people in society, the vaccinated vs the unvaccinated.

‘This will greatly impact young people. imagine being a young person, going through lockdown when you’ve not really been affected by coronavirus, having your job prospects slashed. 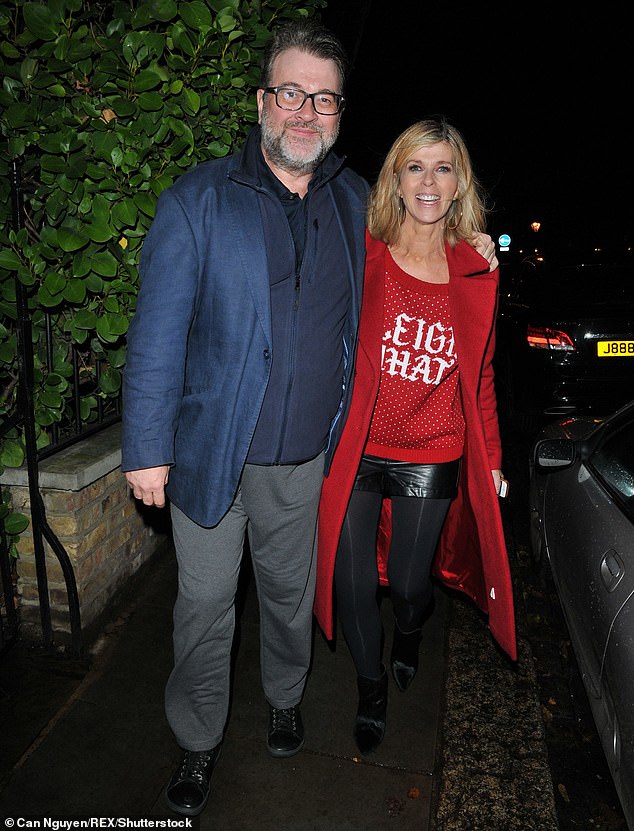 ‘Then on top of that, not even being able to participate in getting the economy moving again. Let’s be honest, the hospitality sector in particular greatly relies on the custom of young people, particularly in university cities.’

Kate was quick to argue back as she clashed with the commentator’s views, arguing that everyone is making ‘sacrifices’.

‘No one is stopping them going, they would be choosing to make a decision, out of their own opinions, which then yes, might mean they couldn’t do those things. Why is that unfair compared with risking someone’s life?’

To which Samuels hit back with: ‘Well that’s based upon your idea of freedom not being forced to do something is but you are inadvertently being forced to take a vaccine there are many people who don’t want to take vaccines.’ 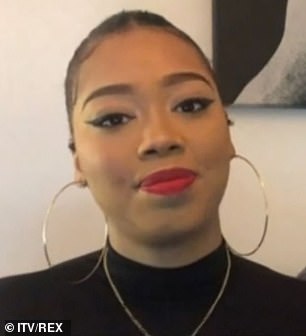 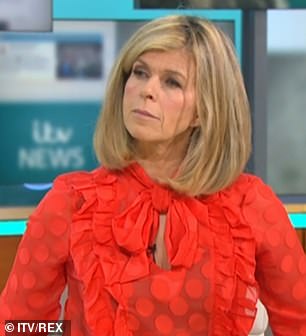 Clash: During the fiery debate, Samuels, left, argued that the idea of a Covid vaccine passport domestically will ‘greatly impact young people’ and create a class in society of ‘the vaccinated vs the unvaccinated’

With Kate responding: ‘No, you are only being asked to take it if you want to do that activity, I mean I understand the point you’re driving at, there are people that are fearful of the vaccine.

She concluded: ‘The argument would be… that if you choose not to have the vaccine, that is your choice, but it has consequences.’ 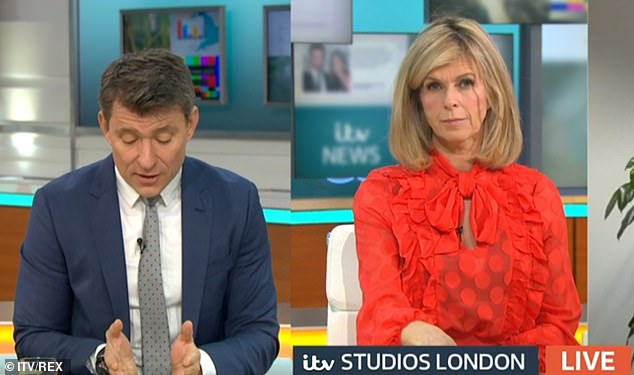 Sacrifices: Kate said: ‘We’d love to go see our loved ones, but we can’t. We’d love to go visit the people in hospital, there are many, many sacrifices people are making.’

On Sunday, Boris Johnson promised Britons that they will not need to carry a ‘vaccine passport’ to go to the pub when the country eventually escapes lockdown.

The Prime Minister shot down reports the controversial scheme is being looked at as a tactic to keep the economy open when restrictions are finally lifted.

But he conceded that some form of proof of vaccination will likely be needed to get international travel back up and running in the future. 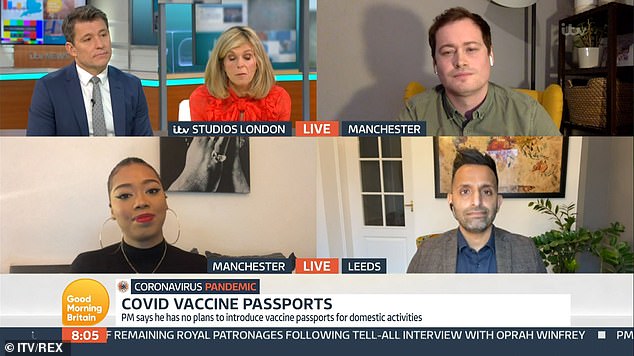 Covid vaccine passport: Kate concluded: ‘The argument would be… that if you choose not to have the vaccine, that is your choice, but it has consequences.’a

Matt Hancock echoed the Prime Minister’s comments, saying the UK was ‘working’ with countries looking at banning unvaccinated travellers. The Health Secretary said the Governments ‘wants Brits to be able to travel’.

The vaccine passport scheme has been mired in confusion since it was first touted in late December.

Eight firms have been awarded Government grants to develop the technology but No10 has repeatedly said such documents will not be introduced in the UK.

There have also been a series of contradictory statements from ministers about how the scheme would be used, with Foreign Secretary Dominic Raab yesterday hinting it could be deployed in supermarkets and the hospitality sector.

Critics say a passport-style scheme would be ‘discriminatory’ and make the voluntary jabs mandatory by proxy. 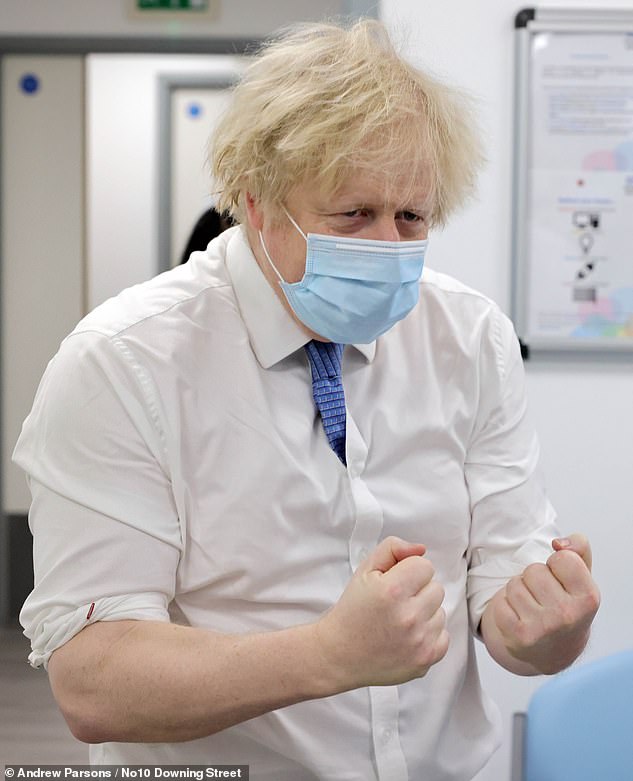 Reports: On Sunday, Boris Johnson promised Britons that they will not need to carry a ‘vaccine passport’ to go to the pub when the country eventually escapes lockdown

The Prime Minister also said that he expects there to be an increase in ‘rapid testing’ as more of the population is vaccinated and the UK comes out of its lockdown.

Just last week, Kate emotionally revealed that she hasn’t seen ailing husband Derek since Christmas as he continues his slow recovery from COVID-19.

The Good Morning Britain presenter has been a constant by Derek’s side following his hospitalisation with the potentially deadly virus in March 2020.

Appearing on the show, Kate revealed she hadn’t seen her husband in almost two months following a surge in infections – and explained her ITV employers had given her leave after she found herself struggling to cope.

The broadcaster has been unable to see Derek, 53, due to new restrictions introduced during the third lockdown, which bans any visitors on the ward where he is recovering. 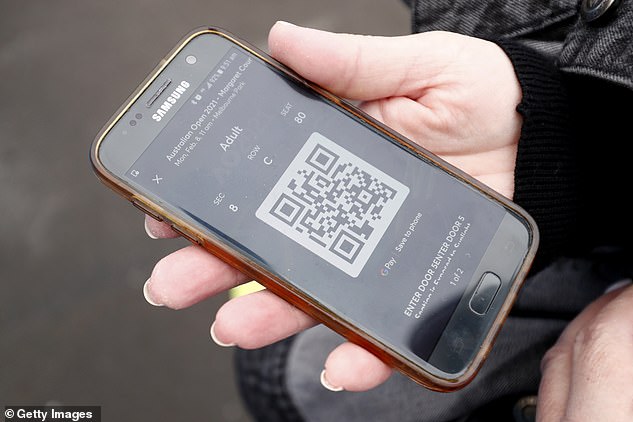 Technology: Eight firms have been awarded Government grants to develop vaccine passport technology, many of which use scannable QR codes (file)

Kate said: ‘I haven’t been able to see him [Derek], I haven’t seen him since Christmas. He’s back in a situation now looking at strangers in masks.

‘I think that’s a situation for everybody whose got someone they love in hospital at the moment it’s not unique to him.’

The mother-of-two explained she decided to take some time off from GMB after ‘not feeling well’ following a ‘long year’.

Kate said: ‘I’ve taken some time off; very kindly ITV have given me some time off, I hadn’t been feeling very well.

‘I think it might have been one of those things where chickens had come home to roost after a long year that we’ve all had, haven’t we?

‘I took some holiday leave, at home because I know holidays are controversial, literally within the four walls of my home.

‘I had a lot of sleep and a bit of medicine and feeling much better.’

A timeline of Derek’s coronavirus battle

Kate revealed she and Prince Charles had got ‘relatively close’ at the Prince’s Trust Awards on March 11 – Charles was diagnosed with coronavirus in mid-March.

‘He said he had a headache, numbness in his right hand, and was struggling to breathe,

‘I rang Dr Hilary (Jones) and tried to get through, he talked to Derek. He said put me back on, I think you need to call an ambulance’

Derek, 52, was taken into hospital on March 30 and remained in an unresponsive condition.

Kate and her children isolated at home after she displayed ‘mild symptoms’.

‘I’m afraid he is still in a deeply critical condition, but he is still here, which means there is hope.’

Kate said: ‘The journey for me and my family seems to be far from over as every day my heart sinks as I learn new and devastating ways this virus has more battles for Derek to fight.

That month, Kate and her family took part in the final clap for carers

She said: ‘I’ll never give up on that because Derek’s the love of my life but at the same time I have absolute uncertainty’

On June 5, Kate revealed Derek is now free from coronavirus but continues to fight against the damage inflicted on his body

On July 5, Kate revealed Derek has woken from his coma but he remains in a serious yet critical condition.

On July 8, she announced she would be returning to GMB, after being urged by doctors to ‘get on with life’ during Derek’s recovery.

She added that Derek had ‘opened his eyes’ after waking from his coma, but has been told his recovery could take years.

On July 13, Kate returned to GMB for the first time since Derek was hospitalised.

On August 14, Kate reassured GMB viewers that Derek was ‘still with us,’ but it was ‘a waiting game.’

On August 19, Kate revealed she celebrated Derek’s birthday with their two children, and described the day as ‘challenging’ for her family.

At the end of September, Derek reportedly becomes the longest surviving patient with coronavirus after spending 184 days in and out of intensive care.

Kate reveals Derek has lost eight stone during his battle.

The presenter announces she is returning to her Smooth Radio show so Derek can hear her voice.

On October 30 Kate reveals that Derek has spoken for the first time in seven months, saying the word ‘pain’ to his wife, who watched on ‘in tears’ over FaceTime.

Kate says a day later that her husband no longer needs a ventilator to breathe.

Kate reveals her family car has been stolen in latest ‘body blow’ to her family life, as kind-hearted fans offer their cars to help.

She says she feels ‘physically sick’ at the prospect of facing her first Christmas without Derek.

The GMB star tells viewers it is her dream to visit Derek on Christmas Day.

She also reveals she missed two weeks on GMB after her children were exposed to the virus, but thankfully she and the kids tested negative.

On December 17, Kate has an emotional conversation live on GMB with two nurses who treated Derek when he was first admitted to Whittington Hospital in North London.

On New Year’s Eve she reflects on a ‘calamitous’ Christmas without Derek, as her house was flooded and she struggled to get a food delivery slot until her pal Emma Willis stepped in to help.

Kate reveals she and her children got to visit Derek in hospital over the Christmas period, and it was the first time her family had seen him since he was hospitalised.

She also says she’s banned from seeing him due to new restrictions introduced during the government’s third lockdown.