Royal fans are very rarely treated to a public kiss from the royals, but on Wednesday, the Duke and Duchess of Cambridge delighted onlookers as they were pictured giving each other a peck on the cheek at a charity polo match.

MORE: Duchess Kate’s sweet kiss at Wimbledon you may have missed

Kate had accompanied her husband of 11 years, Prince William, to the Royal Charity Polo Cup staged in Berkshire, and following his team’s victory, she greeted him with two kisses on the cheek before handing him an imitation Samurai warrior’s helmet – from the Japanese sponsors of the tournament.

The incredible moment between the two was thankfully captured by the photographers and celebrated by royal fans the world over – but many initially missed an incredible detail.

The royal couple’s kiss came on a poignant day – International Kissing Day, which is celebrated every year on 6 July. The practice originated in the United Kingdom, and was adopted worldwide in the early 2000s. 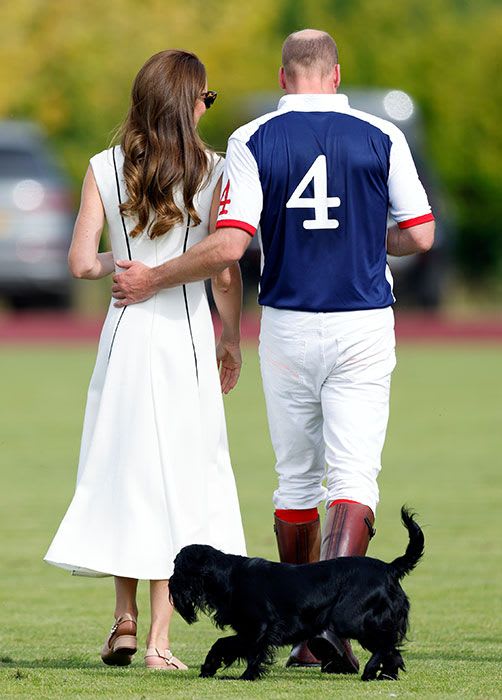 The couple were also pictured with the arms around each other

Whilst out at the Castle Ground at Guards Polo Club, Prince William and Kate were also pictured with their arms wrapped around each other, something the couple have done at past polo matches – but rarely ever during official royal outings.

There is no royal protocol against public displays of affection, but Prince William and Kate often leave the PDA moments to more low-key appearances, such as polo matches. 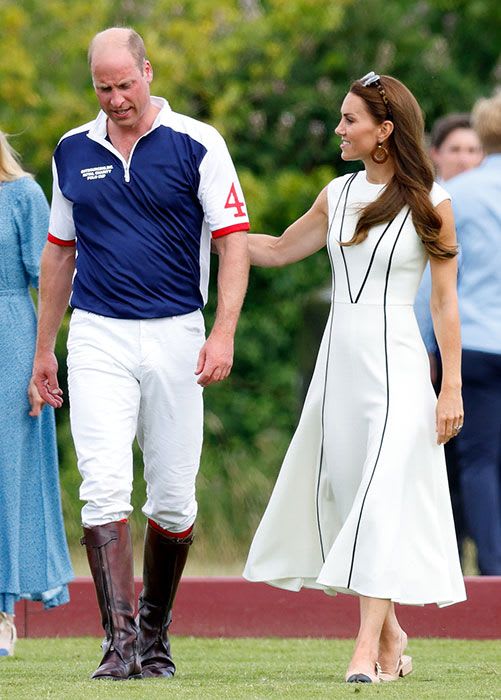 The couple celebrated 11 years of marriage in April

“It’s up to each and every royal and royal couple how affectionate they are,” Beaumont Etiquette’s Founder and Director Myka Meier, a British American trained by a former member of the Queen’s household, told ELLE.com in July 2018.

“There’s no protocol that tells them they can’t hug or kiss or touch. There’s no rule book like that. Each senior member of the royal family is trusted to make the judgement calls of what’s appropriate and when. It’s all about being trusted to make those calls on their own.”