After Alex Rodriguez was photographed exiting the apartment building where Katie Holmes lives, her rep is setting the record straight about whether there’s something going on between these two.

The truth is — there’s absolutely nothing going on between Alex Rodriguez and Katie Holmes. The former baseball star may have been exiting Katie’s apartment building on June 13, but the visit had nothing to do with her. “She doesn’t know him,” a rep for the actress told E! News. The reasons behind A-Rod’s visit to that particular building remains unclear, but, according to Katie’s rep, it was not to visit the 42-year-old.

However, there may be some exaggeration in the statement, as there’s actually photo evidence that Katie and Alex do know each other. Back in 2010, they were even photographed together at a Super Bowl party in Miami Beach. The two were joined by their then-partners, Tom Cruise and Cameron Diaz, in the photo. Alex and Katie are posed next to each other, with Tom and Cameron on the ends. Of course, this was likely nothing more than a celebrity photo opp at a high profile event, but it’s clear the two have, indeed, met before. 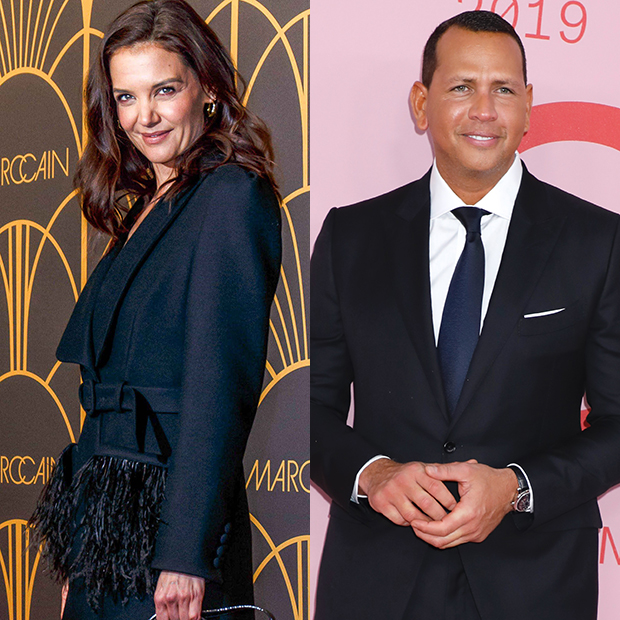 Considering Alex and Katie are both newly single, fans were quick to wonder if something was going on between them after the photos of him at her building surfaced. Alex’s engagement to Jennifer Lopez ended in April, while Katie split from Emilio Vitolo Jr. in May, after several months of hot-and-heavy dating. Katie and Emilio appear to be on good terms, as she publicly congratulated him for a film premiere at the Tribeca Film Festival this month. Meanwhile, J.Lo wasted no time moving on from A-Rod, as she got back together with another ex, Ben Affleck, after the breakup. 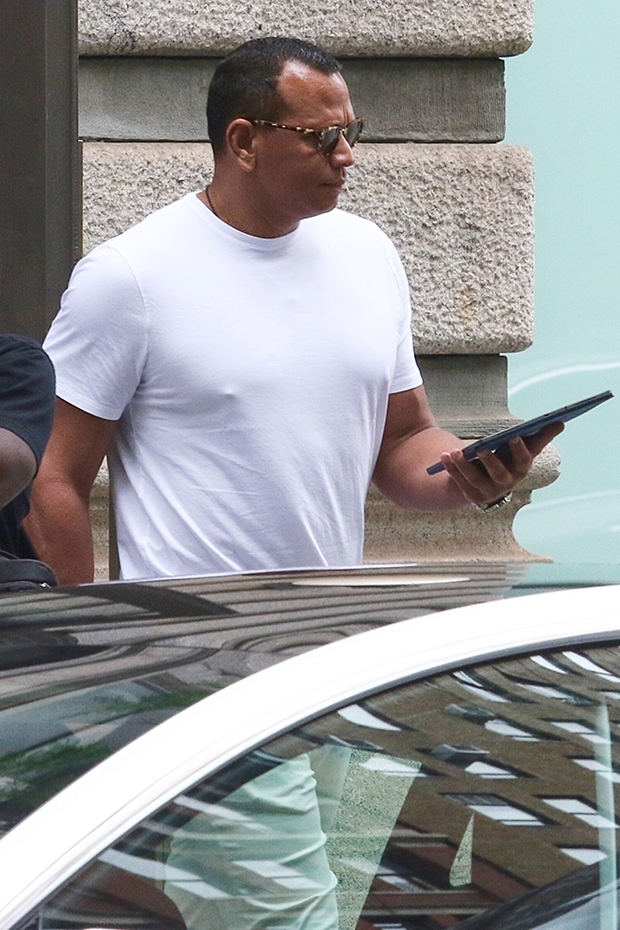 Since April, Jen and Ben have been heating things up big-time. On June 13, he even joined her and her family for dinner in Malibu, and the two were caught making out at the table! Jen’s twins, Max and Emme, 13, were there for the meal, so Ben is clearly already part of her life in a big way! Jen and Ben were engaged from 2002 until early 2004, and it seems like no time has passed now that they’re back together.

Interestingly, Alex reunited with his ex-wife, Cynthia Scurtis, recently, too. Alex and Cynthia have two daughters together, and appear to be on amicable terms these days, as they worked out together on June 12. Alex even gushed that Cynthia is a “world class mommy” while documenting the sweat session on social media.