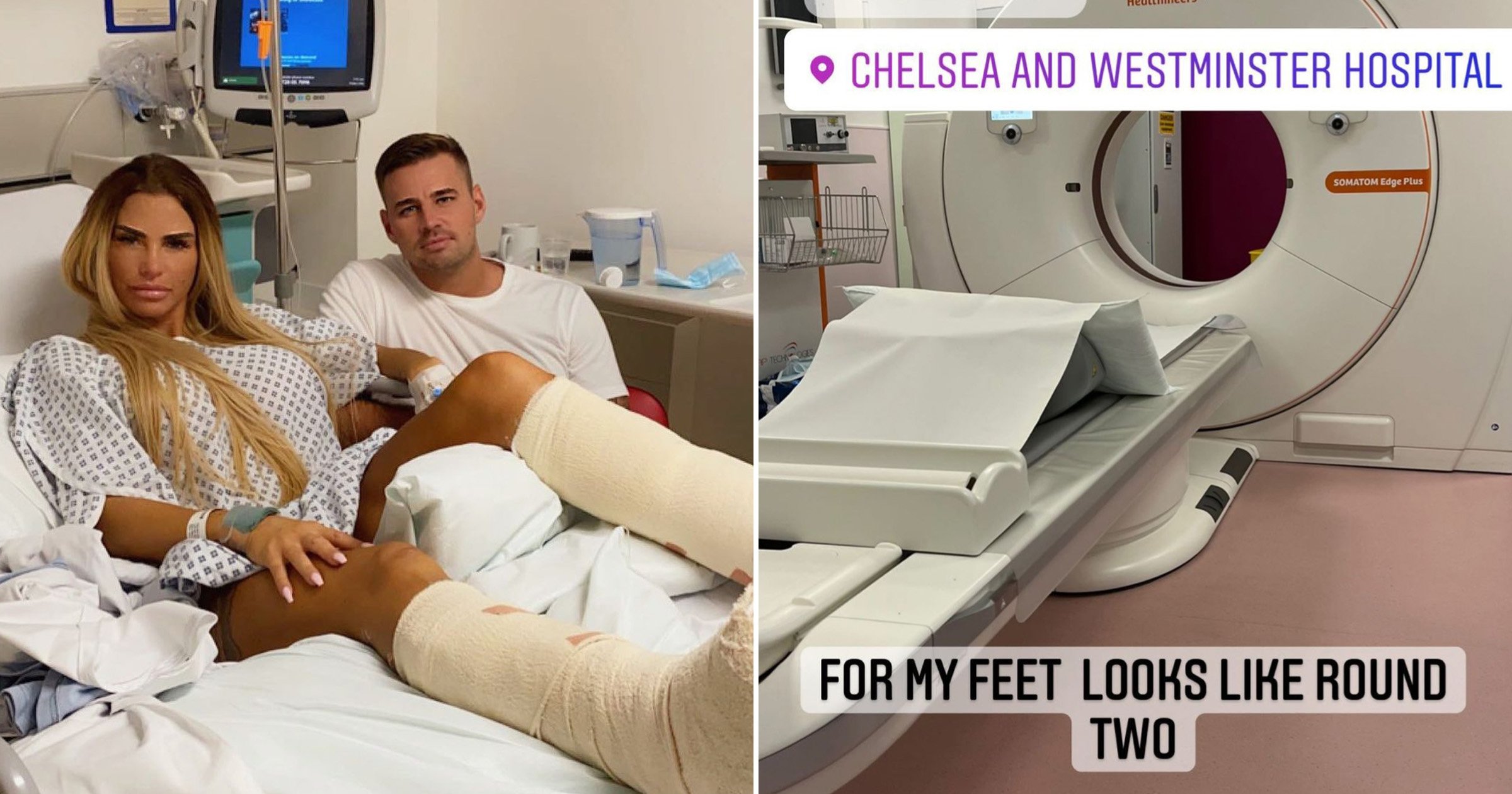 Katie Price has revealed she may need ‘round two’ of surgery on her broken feet after visiting hospital for a scan this week.

The former glamour model, 43, shared a photo of a CT scanning machine at London’s Chelsea and Westminster hospital on Monday, telling her followers: ‘Back for my feet, looks like round two.’

Katie had broken both of her heels when she fell from a wall onto concrete while on holiday in Turkey in August 2020.

The mother-of-five had needed an eight-hour operation to fix the damage and was required to use a wheelchair while she healed.

Katie has not yet elaborated on what the next steps are for the treatment of her feet, but previously said she was in ‘constant pain’ since the accident.

She told The Sun in February: ‘I will never be the same, I’ve had to accept that, but I’m staying positive. The accident has changed my life and it’s only just sunk in if I’m honest.

‘I’ve got a limp when I walk now as one leg is longer than the other because of all the metal in the foot — I waddle like a duck. It does make me feel a bit paranoid.’

Her latest hospital visit comes before Katie is due in court on Wednesday to face sentencing after her arrest for driving under the influence of alcohol.

Katie had pleaded guilty to drink driving, driving while disqualified and driving without insurance, following a single-vehicle collision that saw her arrested on suspicion of driving while above the legal limit for alcohol and drugs.

It also emerged that Katie had a positive swipe for cocaine, leading her to complete a court-ordered stint at The Priory ahead of her sentencing.

Katie could still face prison time for getting behind the wheel while banned from driving which will be decided in court tomorrow.