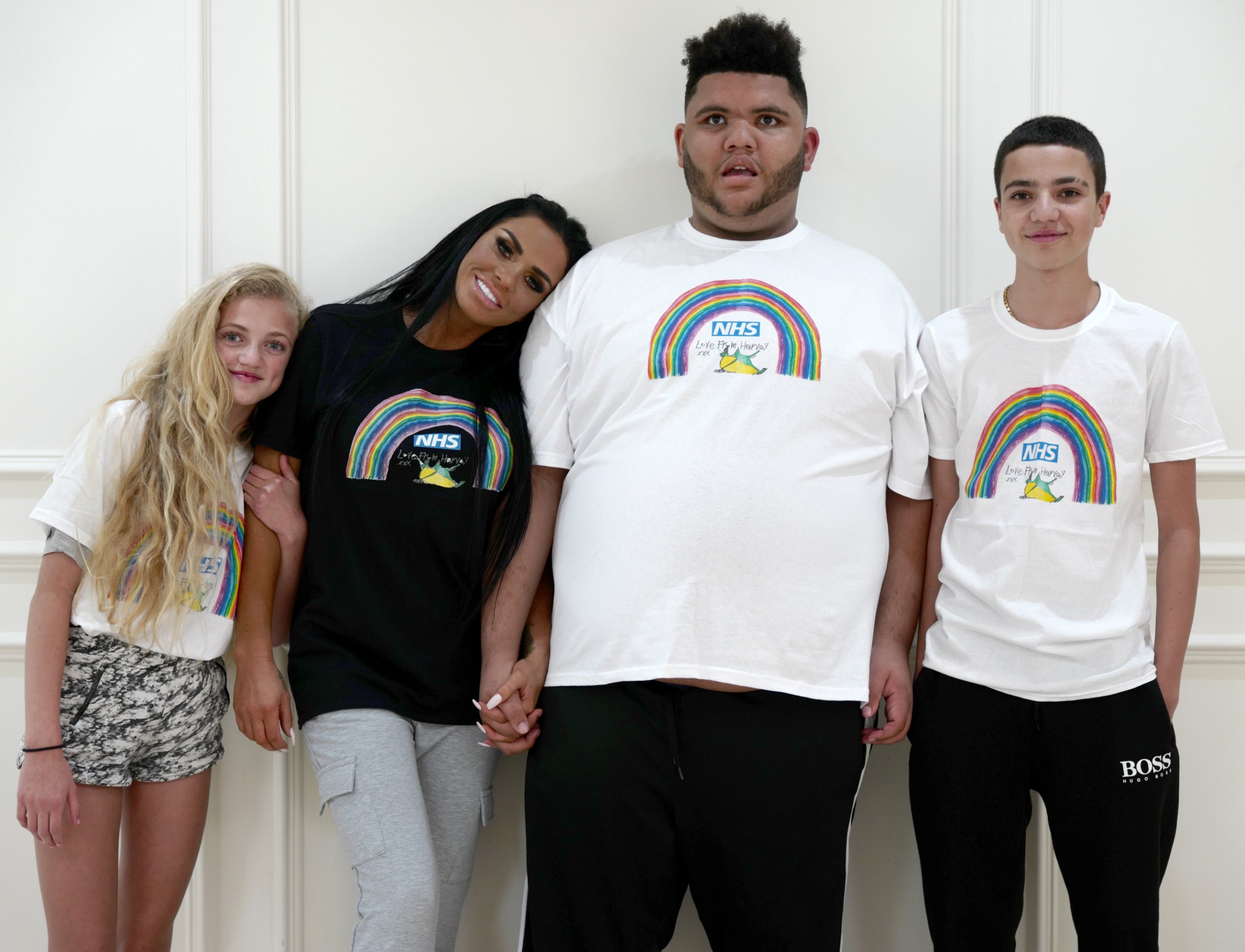 Katie Price’s son Junior Andre has revealed the extent of abusive messages he received on social media earlier today, one of which included a death threat.

The 15-year-old, who Katie shares with ex-husband Peter Andre, posted a screenshot of an Instagram DM he received from a troll who spewed vile hate comments.

Junior continued sharing further screenshots and commented: ‘I @ this guy yesterday and he deleted his account. But he hasn’t stopped giving me n my brother abuse [sic].

‘He spent most of last night and today sending me vile and abusive messages telling me to kill myself and that my “f***ing… brother Harvey” should do the same. All hes wanted is for me to do is respond so here goes.’

He continued: ‘I don’t want any anger or abuse directed at him but could someone please tell this brave boys mum and dad what hes up to?

It comes after Katie, 42, revealed that Harvey, 18, isn’t fully aware of the abuse he’s subjected to on social media.

Speaking on Good Morning Britain last month, she explained: ‘With Harvey, racism is a massive trolling thing at the moment and disability and Harvey gets double bubble of it. He gets the racism and disability.

‘Luckily for Harvey, he doesn’t know. All I’d say is anyone out there who’s trolling and saw Harvey’s programme would feel absolute rubbish about themselves because it shows how vulnerable and innocent he is, and he couldn’t defend himself.

‘Me and my mum started this law thing three years ago and it’s got a lot more worse. The things they say about Harvey I couldn’t show on telly, it’s absolutely disgusting.’

Katie launched the Harvey’s Law campaign in a bid to encourage the Government to crackdown on online trolling.

Cybersmile provides a range of support options for people affected by cyberbullying and online abuse, with advice on who to contact on their website.