Stormi performed a sweet rendition of ‘Blackbird’ by The Beatles. Watch the clip!

Get Paul McCartney and Ringo Starr on the phone: Kylie Jenner shared a sweet video of daughter Stormi Webster performing an inspired rendition of “Blackbird” by The Beatles on July 9. The Kylie Cosmetics founder, 23, shared the clips on her Instagram Story on Friday, using the app’s microphone filter, as her daughter, 3, demonstrated a love for the classics.

Stormi sang the first two lines of the 1968 track: “Blackbird singing in the dead of night. Take these broken wings and learn to fly.” Her mom joined in a little at the end and gushed, “That was beautiful, my baby!”

The little vocalist, whom Kylie shares with rapper Travis Scott, made a cameo in her mom’s latest YouTube video shared earlier today. The makeup mogul released the first part of a three-part series called “Inside Kylie Cosmetics” on Friday, chronicling the rise of the billion-dollar makeup brand. Stormi burst into the room amid an interview, becoming distracted by some pink Starburst candies. “Get out of here!” Kylie laughed. “She’s so mischievous.” 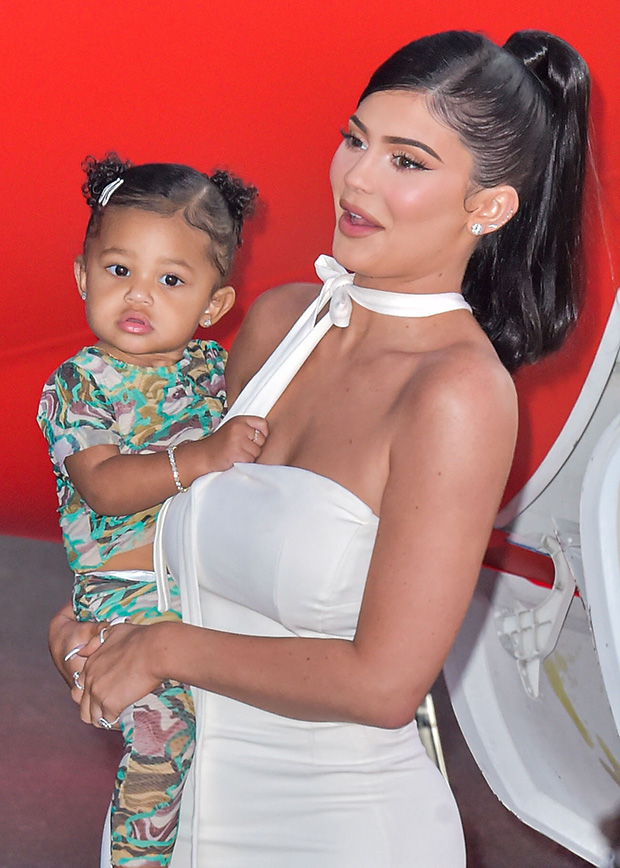 In New York City last month, Stormi stole the show while on the red carpet for the 72nd annual Parsons Benefit on June 15, where her dad Travis received an award. She wore a black sleeveless dress and adorable Nike Air Jordans in white, black, and blue. Kylie and Travis sparked reconciliation rumors at the event, too, engaging in some PDA at the event. The two have been romantically linked since 2017, but called it quits in September 2019 and have been co-parenting their daughter since.

On stage to accept his award, however, Travis further fueled the flames of reconciliation when he referred to Kylie as his “wifey,” thanking her in his speech. “Stormi, I love you,” he said. “And wifey, I love you.” Following the event, a source told HollywoodLife that the relationship was “complex.” The source said: “Kylie and Travis have a wonderfully complex relationship that is full of complete support.”

“Being together for each other and co-parenting is job number one for them both,” the source continued. While the two are “very happy right now,” the source maintained the public interest in their relationship has been “a lot” to contend with. “She and Travis are very, very happy right now,” the source said. “But they are also young and the pressure of having everyone trying to figure out their relationship and having opinions on it is a lot. But at some point you just have to do what makes you happy, and that’s where Kylie is at.”